Leaders From Meru, Embu and Tharaka Nithi Set to Dump Jubilee To Join Another Party As Rift Widens 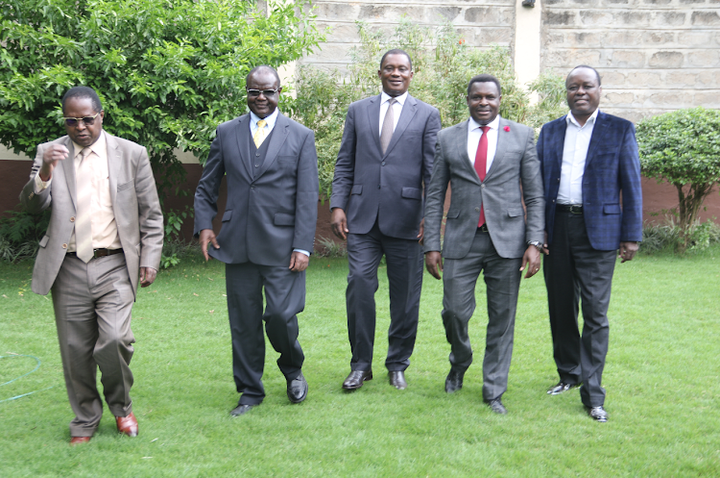 Jubilee party still smarting from election loses in Mt Kenya has received another shocker. This is after reports that politicians from Mt Kenya East - Meru, Embu and Tharaka Nithi - were revamping another political party. This is an indication that their days in Jubilee are practically over and they are charting a new path. Earlier before the move Meru governor Kiraitu Murungi had said that Jubilee in all essence is dead.

The leaders have taken control of Restore and Rebuild Kenya and it is expected that it will be their party of choice henceforth. The registrar of political parties has notified the public that there has been an application for change of officials in the party. The founders of the party are being replaced by senior politicians who are closely associated with Kiraitu Murungi and National Assembly Speaker Justin Muturi.

The leaders from Mt Kenya East has said that it is time for their West brothers to support them. Mt Kenya West is largely comprised of Kiambu, Murang'a, Kirinyaga, Laikipia, Nyandarua and Nakuru. Their reason for seeking support they say is that they have voted for Mt Kenya West candidates en masse since independence.

The leaders after changing officials of the new party have planned a mega rally where they will announce their stand on matters concerning 2022 politics. The event is penned to be held on August 7th in Chuka, Tharaka Nithi County. Speaker Justin Muturi is largely expected to be crowned during the event. He has in the past been coronated as larger Mt Kenya spokesperson. 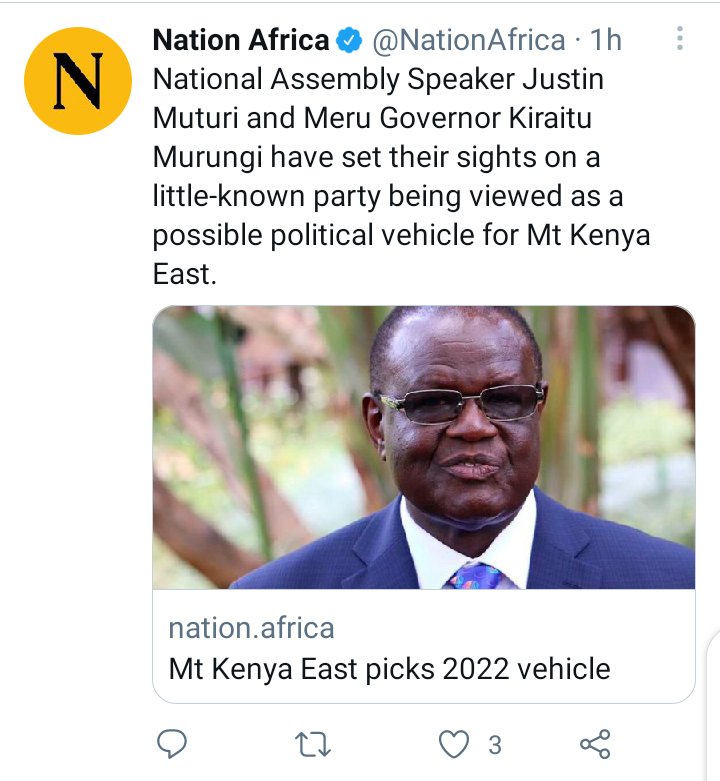