Exclusive: Total Counties Raila Has Toured In The Last Days And The Total Kilometers He Has Covered

By Handasfield (self media writer) | 1 month ago

Leader of opposition Raila Odinga has over the last two days proven that his popularity amongst Kenyans is still intact. This is all ahead of the 2022 presidential election whereby Raila has been touring different parts of the country all in a bid to popularise his name. Over the last two days, Raila Odinga has travelled over 1000 kilometers from one county towards the other 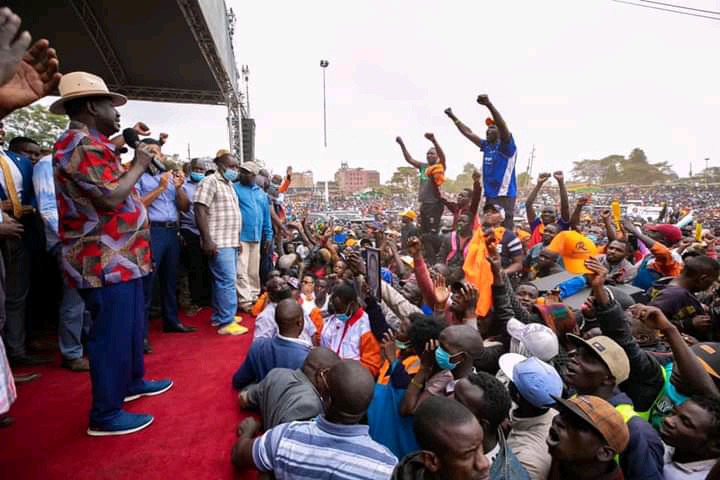 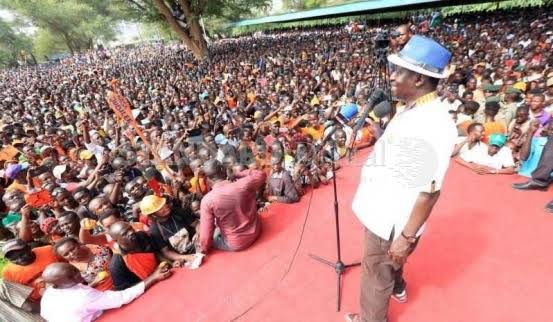 Thousands of Eldoret which is the hometown of DP Ruto showed up to welcome the former Prime Minister. Later, Raila Odinga travelled from Eldoret to Mumias in Kakamega County where he was to attend the burial ceremony of the mother of legislator John Naicca. The distance between Eldoret and Mumias is 131 km. 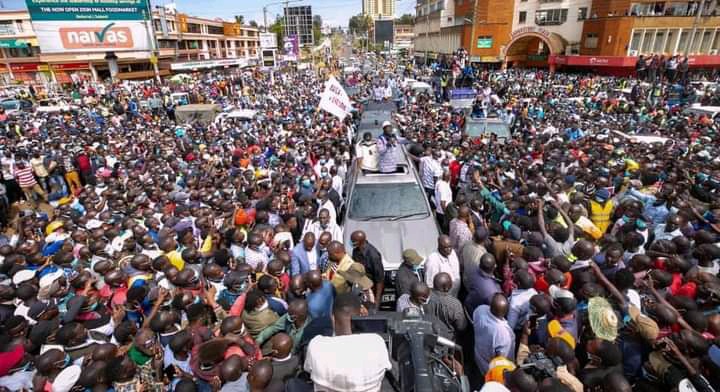 Raila was in company of Kakamega Governor Wycliffe Oparanya amongst other politicians. While many expected that Raila Odinga would spend his night in Kakamega before he jetted back to Nairobi the next day, this was not the case as Raila was in his helicopter after the burial back to Nairobi. 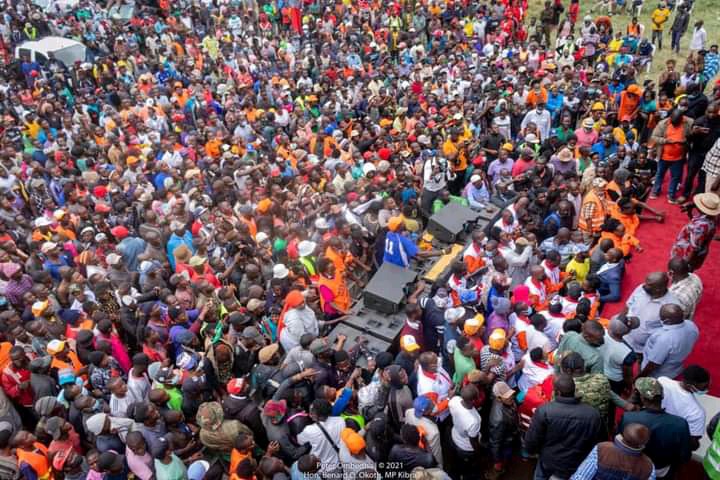 The distance between Mumias and Nairobi is 315 km. Raila did not go to rest home but he is currently in an event at Villa Rosa Kempinski together with his wife Ida Odinga in an event that has been set by Hekima Sacco. In total, Raila has covered 1331 km and has toured over 6 counties countrywide