By TmHustlers (self media writer) | 8 months ago

ODM leader Raila is expected to make a major announcement concerning his presidential bid tomorrow at Kasarani sports ground in Nairobi. The event is to be graced by leaders from different parts of the world. 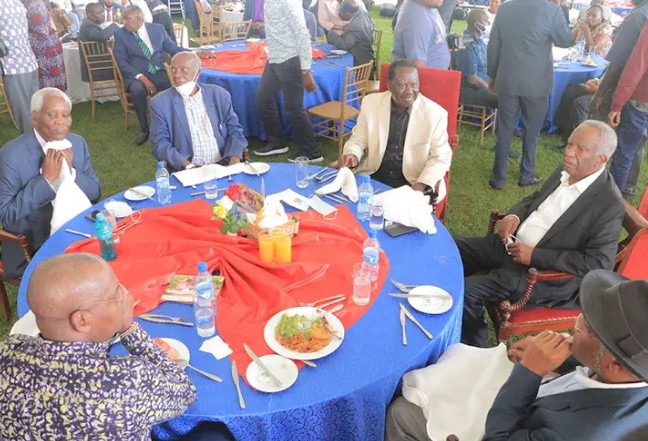 Leaders such as Nigeria's former President Obasanjo are already in the country to witness the long-awaited event. According to reports, more than 30 governors have already confirmed their attendance as more than 200 MPs are also expected.

According to Itumbi, HNIB agents that spoke to Mudavadi confirmed that he will be skipping the event. For Kalonzo however, he was spotted at a hotel in Juba where he revealed that he had to leave the country to escape from pressure to attend the event. He is set to be arrive in the country on Friday evening.

President Uhuru Kenyatta will also miss the event since he is in Tanzania and will be there for two days.

Content created and supplied by: TmHustlers (via Opera News )

5 Things to Remember When Your Life Changes