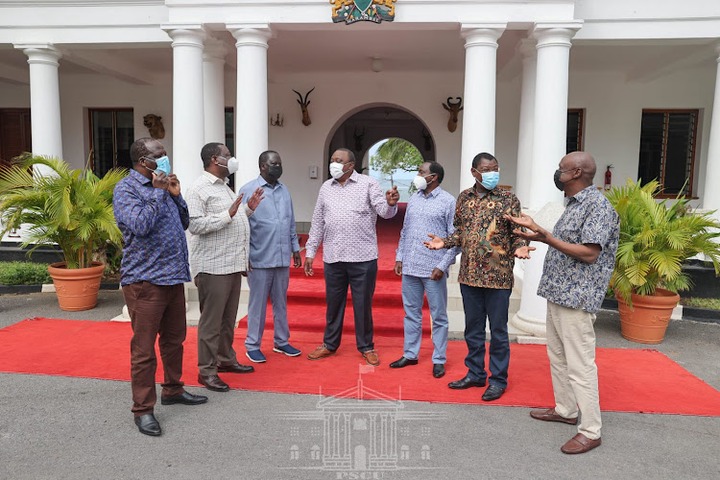 With Uhuru's term in office almost coming to an end, many have been speculating on his preferred succesor.

Uhuru has in the past also held meetings with the leaders at state house where his succession is alleged to have been discussed. 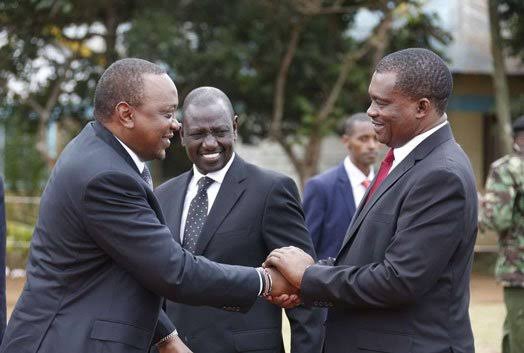 During the meetings, President Uhuru was said to have called on the bigwigs to unite and that he will support one of them with Raila being the most likely to be supported.

A fresh twist has however emerged this morning after details have now leaked on why Uhuru might abandon the opposition bigwigs for his Deputy Ruto.

According to an OKA insider who spoke to the Standard today, there is growing fear in the opposition that Uhuru might back off and Support Ruto.

The fear is as a result of the opposition's reluctant to get rid of their selfish interests and rally behind one of them.

The hard-line positions taken by some of the bigwigs is according to the insider making it difficult for President Uhuru to support them. 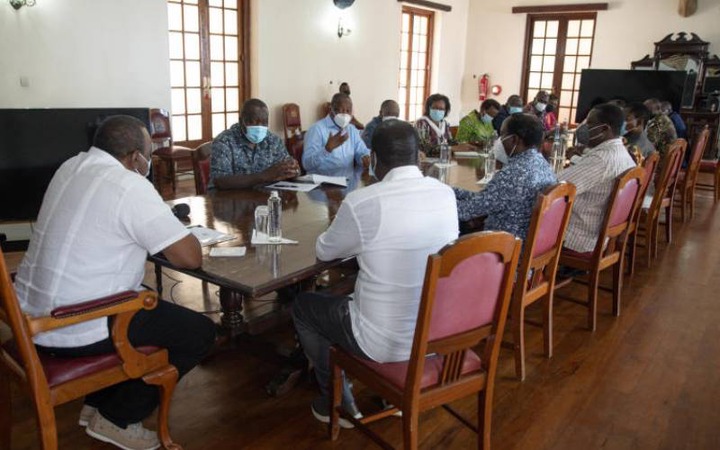 The insider has revealed that Uhuru might soon get tired trying to unite the opposition and rally behind Ruto instead.

"Nothing stops Uhuru from changing his succession tact and supporting Ruto if the opposition fails to unite as he wishes', the Insider has asserted.

According to this insider, President Uhuru has his own interests which he must make sure are taken care off by the incoming government.

For this reason, Uhuru might be ready to team with the second in command in case his succession plans with the opposition does not go as he wishes.

This revelation is coming at a time the relationship between President Uhuru and his Deputy Ruto has completely worsened with Ruto's security team having replaced.