Martha Karua Speaks After Kuria Announced His Entry To DP Ruto Camp, Says This About Narc-k

By Trending_channel (self media writer) | 6 months ago

Hon Moses Kuria, a member of parliament from Gatundu South, claimed yesterday that his CCK party, along with 21 other local parties, was in talks with William Ruto about joining Kenya Kwanza. According to Kuria, they are nearing the finish of their negotiations and will sign a coalition agreement with Kenya Kwanza on May 15.

Only a day following Kuria's declaration, the leader of the Narc-kenya party, Hon Martha Karua, has spoken out. Hon Karua stated on her official Twitter profile that her Party has been tried and true. 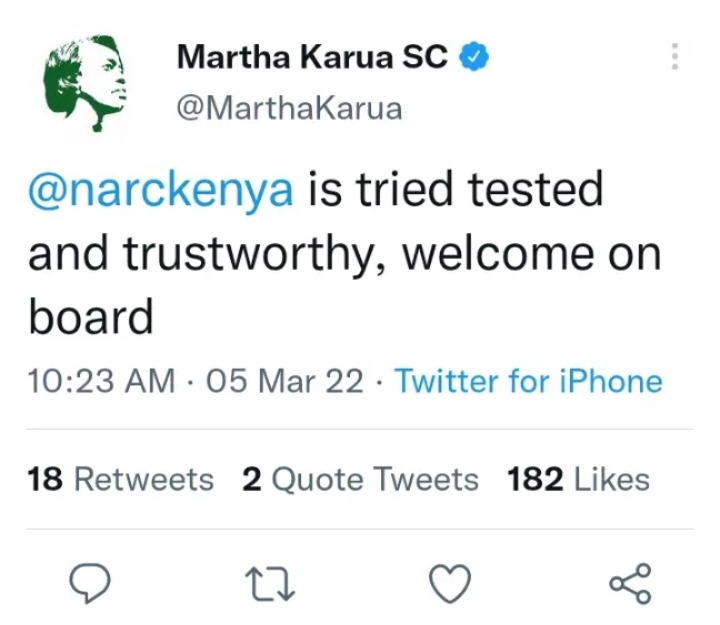 She went ahead to welcome all Kenyans to join her party. However, hon Karua did not reveal whether Narc- Kenya party is among the 21 parties which were in negotiation with Dp Ruto. 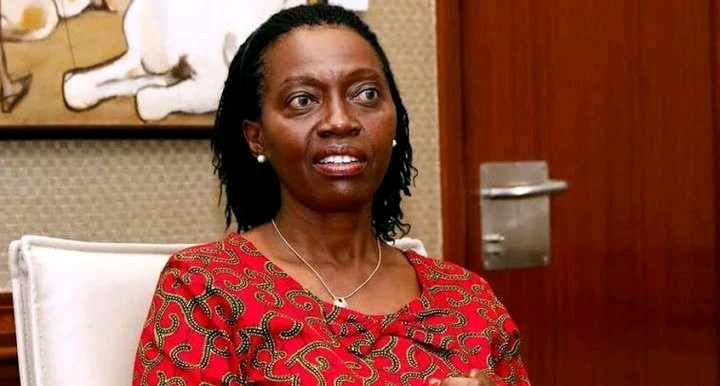 On the side of Mwangi Kiunjuri, the party leader of the TSP party, he has come out to say that his party was not willing to join any of the two Political Alliances.

In other news, While responding to sentiments made by COTU boss Francis Atwoli, Political Analyst Edward Waswa Kisiang' ani alleged that he a real luhya man and he is in support of DP William Ruto.

This comes after Francis Atwoli attacked those supporting DP William Ruto claiming that the are foolish and that DP William Ruto will never become a president of Kenya. According to Kisiang' ani those are not good remarks from such a leader and that he will stand firm with DP William Ruto until he becomes the president.

Kisiang' ani went ahead to tell Francis Atwoli that despite him supporting DP William Ruto he will also vote for comes August.

He added that every luhya person has made a choice and should not be insulted. Atwoli has been a serious supporter of Raila Odinga and has been very tough to everyone that had a contrary opinion from him and his close confidant Hon Raila Odinga.

However, Kisiang' ani tell him blantantly that people of the region have decided to support DP William Ruto and that they will be left shocked when the outcome of the election will be released. He feels that leaders like him who are capitalising on insulting others that have a contrary opinion will have a very hard time.