Is Aden Duale Next After Murkomen? Atwoli Reveals 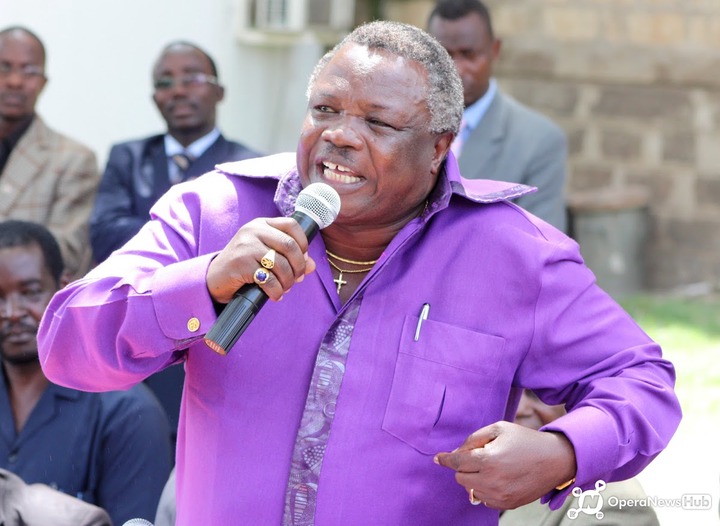 COTU secretary general Francis Atwoli has hinted that President Uhuru Kenyatta should extend his axing hand to the National assembly and oust DP Ruto’s allies who have camped in the assembly.

Expressing his joy after the president ousted Murkomen from the position of the Senate Majority leader, Atwoli, at a press briefing on Tuesday, May 12, congratulated President Uhuru Kenyatta for initiating the removal.

According to Atwoli, the President did a good thing, and he should extend the move not just in the National Assembly but also the Cabinet.

"I want to thank the President and I want him to extend the hand seen in the Senate to the National Assembly where some changes also need to be made.

"And after that, he should look at his administration and the cabinet to find the best people to help him for the next two years,

"The election is still far. We don't know who will even get to 2022 and who will not, so we cannot allow issues of 2022 to come and destroy our development, our unity, our country, our development and the working of the government," he stated. Atwoli’s sentiments put Aden Duale at the risk of being ousted as is a DP William Ruto ally. Aden Duale holds the position of the National Assembly Majority leader.

Another Ruto’s allies in the National Assembly include Majority Whip Benjamin Washiali.

Among officials of the Jubilee Party, National Treasurer Alfred Mutai, has been vocal in his support of the Deputy President's stance even as other officials such as Secretary-General Raphael Tuju and Vice-Chairman David Murathe, make no secret of their affiliation to the President.

Mutai, for instance, was among the leaders who wrote to the Registrar of Political Parties in April 2020, challenging changes made to the party's National Management Committee (NMS) by officials allied to Uhuru.

Atwoli, an ardent member of KANU, has further endorsed the controversial coalition agreement between the Jubilee Party and the Kenya African National Union (KANU), reiterating the need for those behind the President to pull in one direction.

Let it be remembered that Atwoli has been drumming up support for a coalition government between Gideon Moi, Raila Odinga and President Uhuru Kenyatta without the DP. Atwoli has never missed an opportunity to criticize DP Ruto whenever he gets the chance.

Junet responds after reports of ODM threatening to suspend the handshake

Photos Of William Ruto's Meeting That Has Left Kenyans Wowed