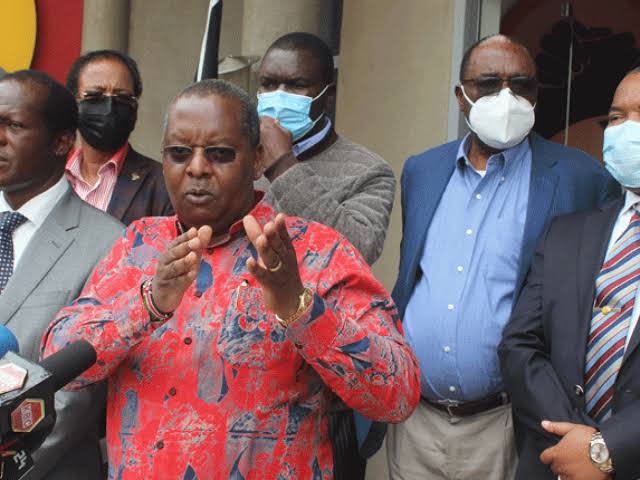 Deputy President Wiliam Ruto's Presidency is in Jeopardy following fresh details of what Kipipiri Member of Parliament Hon Amos Kimunya is doing with the full backing of the President and his handshake partner Raila Odinga.

It has been established that Kipipiri Member of Parliament Hon Amos Kimunya who is the Jubilee Party Majority Leader has introduced a new bill in Parliament and which is aimed at blocking DP Ruto's statehouse bid.

In the bill namely the Political Parties (amendment) Bill 2021 among issues that it has proposed is that parties uniting to form a coalition should feel free to come up with a joint Presidential Candidate who will be their flag bearer.

The bill which has the full backing of President Uhuru and Raila Odinga is aimed at giving room to the former National Super Alliance including a section of Mt Kenya Governors who came up with their party to engage in talks and come up with a coalition that will face off with Deputy President William Ruto in 2022.

"The bill has proposed that among other things, that coalitions field presidential candidates. The Bill seeks to pave the way for a grand coalition government. The proposal has the backing of President Uhuru Kenyatta and Raila, who appear keen to craft an alliance to take on Deputy President William Ruto," read the report.

Under 15k smartphones to buy this January

“Kenya Power Monopoly Should End,”Section of Senators Say in the Wake of Ongoing KPLC Sabotage Probe