By KasukuSilas (self media writer) | 28 days ago

Ones again the law maker and a former LSK president hon Omogeni hit the debate on an Increased fuel price,that is causing miasma and worries amongst the common citizens.That may likely result to high standard of living.

This was a concern that was raised after the price of fuel in the country was raised from its original price,that later accrued to arousal of eyebrows between leaders and members of public.

On national television (K24),the law maker induced a major concern where he directly addressed Dp Ruto since he stands out to be the one who could barely represent hustlers as he always proclaims.

Okongo in his sentiments highlighted that,since deputy president William Ruto as he always procrastinate on the issue of having the numbers,then he stands a better chance of liberating Kenyans on this yolk of bondage.

"If the Dp has honest and if he believed in the hustler nation he would have told MPs to go to parliament and step up and be counted since they have the numbers..." 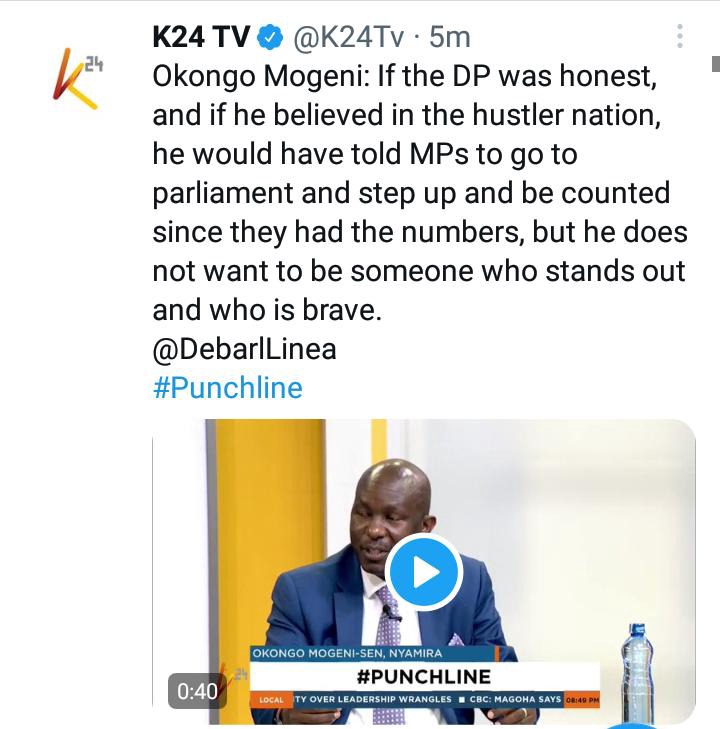