Before the gazettement approving the import of the goods, Martha Karua, the leader of the NARC-Kenya party, spoke about the shipment of genetically modified maize that had arrived at the Mombasa port.

The government's rush to allow the shipment of the good before it had been gazetted, according to Karua, gave off a bad smell. Additionally, she argued that ordering tons of the essential crop would be against importation laws because local farmers were in the process of harvesting their crops. 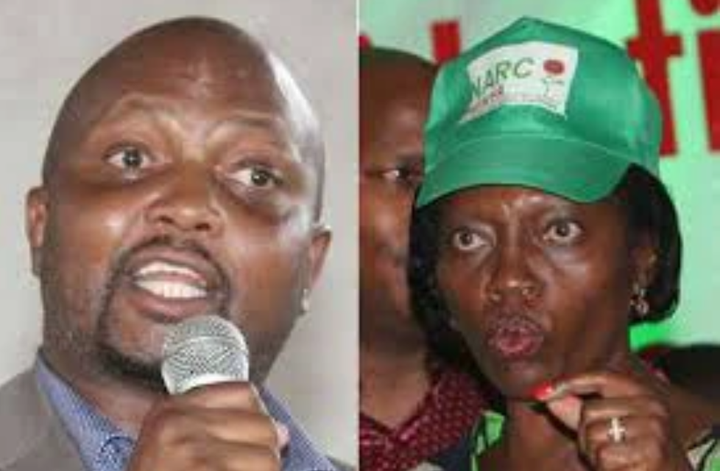 However, in response to Martha Karua's importation, CS Kuria asserts that Karua should stop being a prisoner of the past regarding the GMO maize and declares that he will use his authority to ensure that the price of maize flour is lowered to a price lower than what Martha Karua offered to Raila in the Gichugu Constituency during the recently concluded august elections.

"Karua needs to free himself from his past prison. When compared to the votes Martha Karua cast for Raila in her own constituency, I'll make sure maize flour prices drop significantly "affirms Kuria 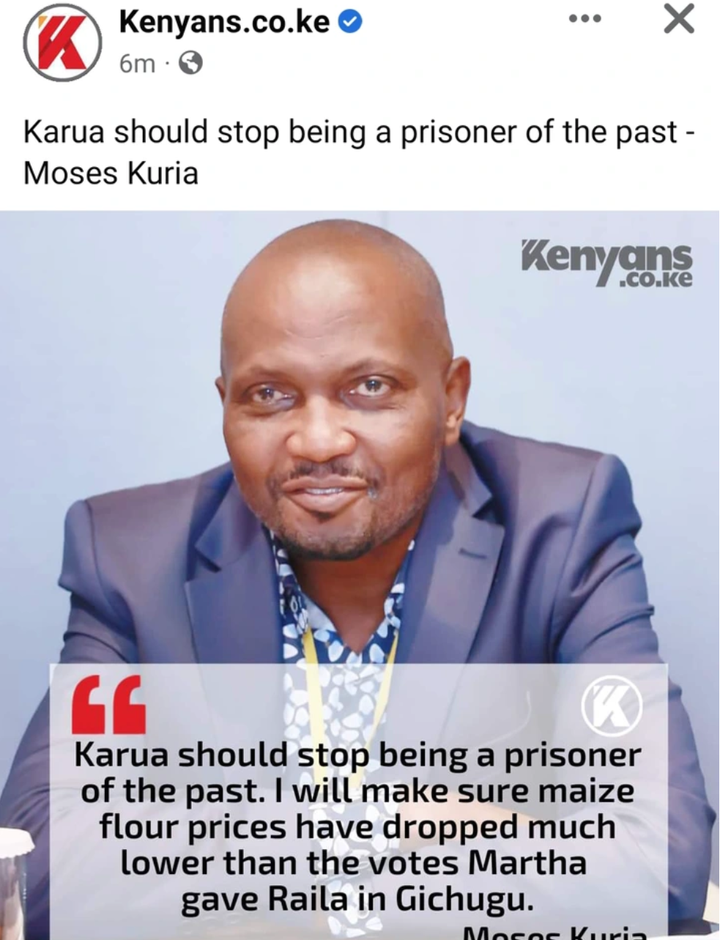 With Martha Karua, Raila Odinga's running mate, receiving less than one-third of the vote in Kirinyaga County, President William Ruto easily won the election there with a large majority of the vote. Results from form 34A, which were posted on the website of the independent Electoral and Boundaries Commission, revealed that at Mugumo Primary School in the Gichugu Constituency of Central Kenya, where Karua voted, DP Ruto received 911 votes compared to Mr. Odinga's 311 votes. Consequently, Kuria claims that he will lower the price of maize flour to as little as 311 votes.