"It is Not A Must I Should be on Ticket, " Raila Says, Claims He is Open to Support Anyone 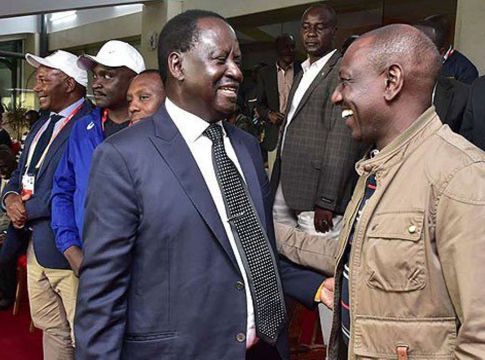 Raila Odinga, the leader of the Orange Democratic Movement (ODM), has declared that he is willing to support anyone and that he is still open to negotiations with leaders who support his Azimio La Umoja program.

Raila also stated that this is why he has yet to officially declare his presidential bid for 2022 general elections.

The ODM leader went on to say that he is not obligated to compete for the presidency and that he can only back a candidate who has a high chance of winning. 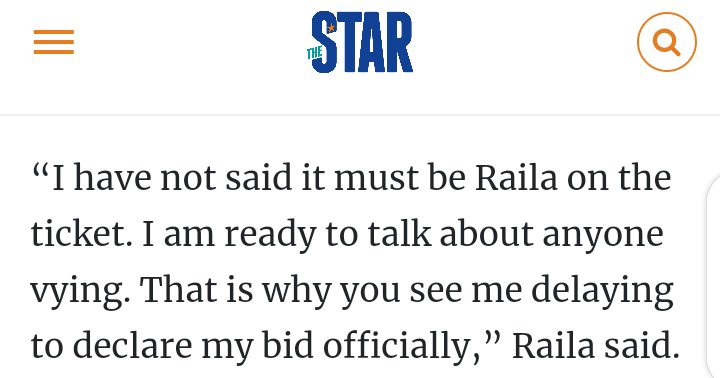 The former Prime Minister also revealed that he is consulting Kenyans on whether or not to run for the top seat so as to succeed President Uhuru Kenyatta.

The former premier is set to announce his plans for 2022 general elections in an event ,that will be held in Kasarani stadium on Friday.

Moses Wetangula, Kalonzo Musyoka, and Musalia Mudavadi, all former NASA associates, are reportedly being courted by Raila Odinga,so that they can form a formidable alliance against DP Ruto

Musalia Mudavadi, the leader of the African National Congress (ANC), has already stated that he is not willing to back down or play second fiddle to anyone, and will thus he compete for presidency in the 2022 general elections.