By Kimtheblogger (self media writer) | 1 year ago

There issue of land tussle has been the order of the day.

The animosity of some citizens has become so worrying that, he can do anything to get a land belonging to someone else.

Others even ends up killing without considering what the law can do to them.

This is the same thing that the residents of Naivasha has be subjected to for sometimes now. 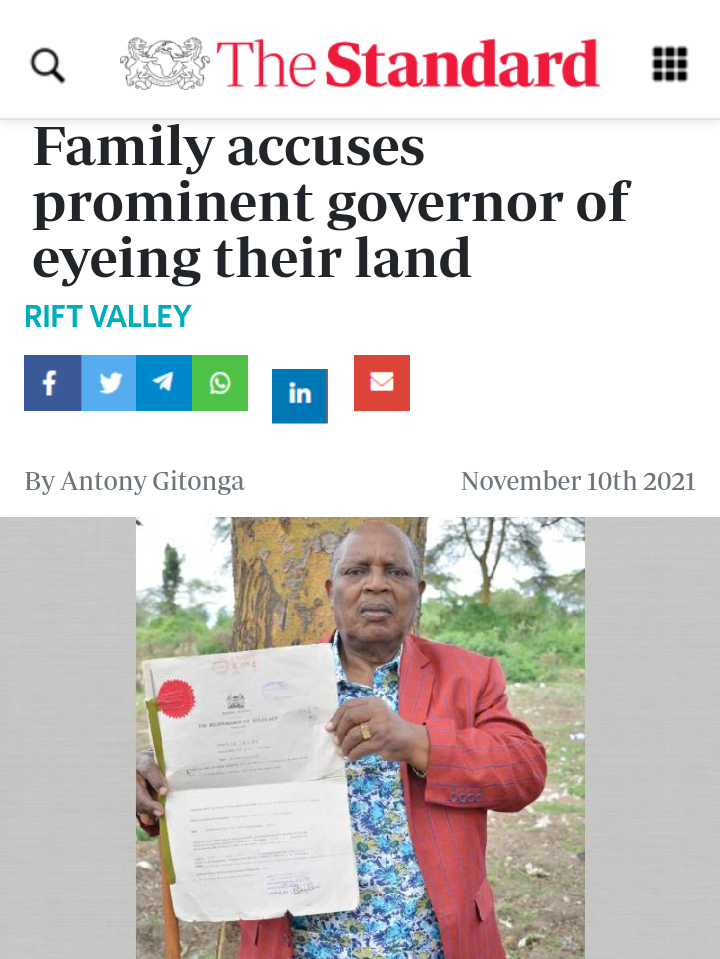 A Naivasha family has accused a governor from Mt Kenya region of allegedly attempting to grab their 23 acres of land located at the shore of Lake Naivasha.

Waving a title deed issued to him in 1997, Mzee Geoffrey Muhoro told The Standard that he was first allocated the land in 1967 under Temporarily Occupation Licenses (TOL).

The 80-year-old said hired goons and some herders have invaded a section of the land in an apparent move to evict him from the prime property located one kilometre from Naivasha town.

In 2016, the National Land Commission (NLC) had revoked the deed for the parcel on the ground that it was on riparian land.

Muhoro successfully challenged the decision at the Environment and Lands Court that declared the order illegal.

According to Muhoro, the county chief, whom we cannot name because The Standard could not reach him for comments, has hatched an illegal scheme to snatch the land from him.

“The governor is trying to use his influence to grab this land despite the court ruling that the parcel belongs to me,” Muhoro said.

According to Muhoro, intimidation and threats had become the order of the day for him and his family.

“The governor has hired youths in the past to demolish structures on this land,” he said.

A neighbour, Joseph Kariuki, said that he had lived in the Kihoto estate for 37 years and knew Muhoro as the bonafide owner.

“There are powerful forces who want to take this land forcefully. We are asking for justice,” he said.

The sentiments were echoed by Daniel Mbatia, another neighbour, who said the herders left a trail of destruction on farms around the lake.

“In the past, some people have tried to evict him from this land but the court came to his rescue,” he said. 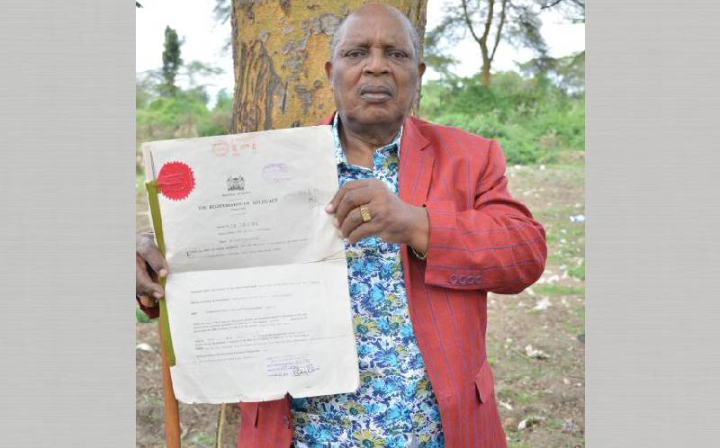