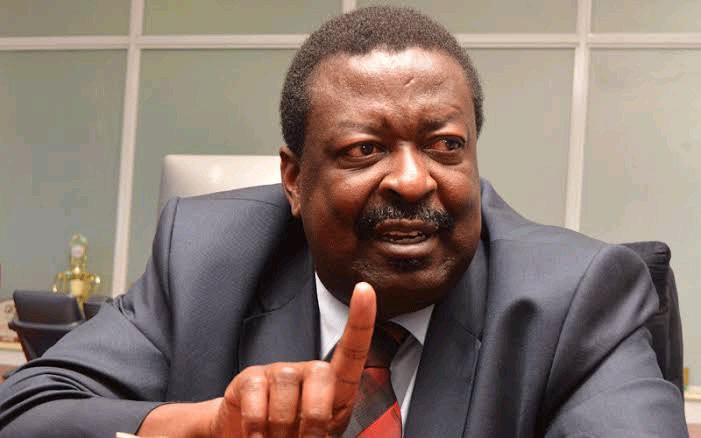 After the Building Bridges Initiative bill appeal was overthrown by the Court of Appeal, various leaders have come out with their various sentiments and views on the failed constitutional ammendment bill.

Deputy President William Ruto's camp have been skeptical on the bill failure as they believe that it was the right decision made by the judges of the Court of Appeal.

Amani National Congress party leader Musalia Mudavadi who was also backing the bill has come out with his own say after the BBI was rejected. 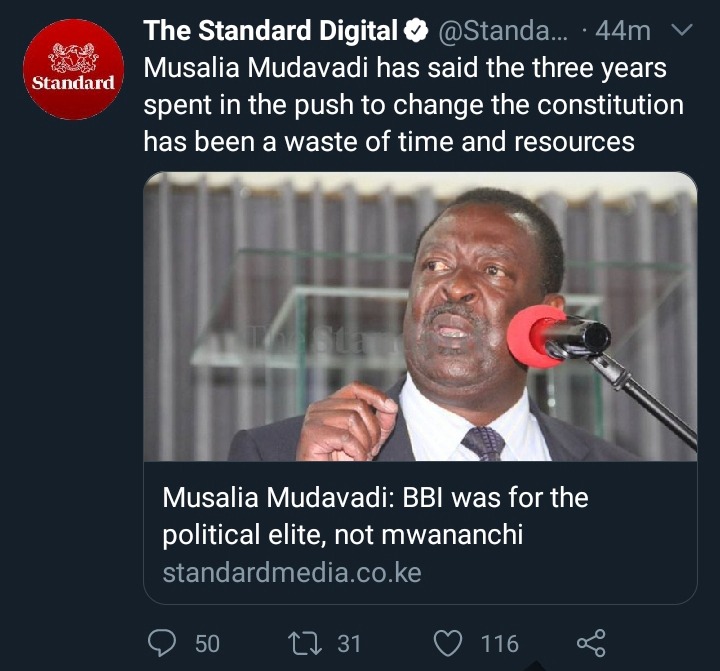 According to the Standard digital news reports, Musalia Mudavadi shocked Kenyans as he stated that the Building Bridges Initiative bill was to favour leaders more than the common Mwananchi.

Speaking from Friends Church on Ngong Road Unless, Musalia Mudavadi also cautioned that the issue of constitutional independence is usually paramount for the country's development.

Musalia Mudavadi stated: "Unless everyone is involved, it will be a political elite document and not one that addresses challenges facing mwananchi."

This is a huge statement from the former NASA principal who has turned against the Building Bridges Initiative bill after showing his support before the Court of Appeal and High Court rulings.