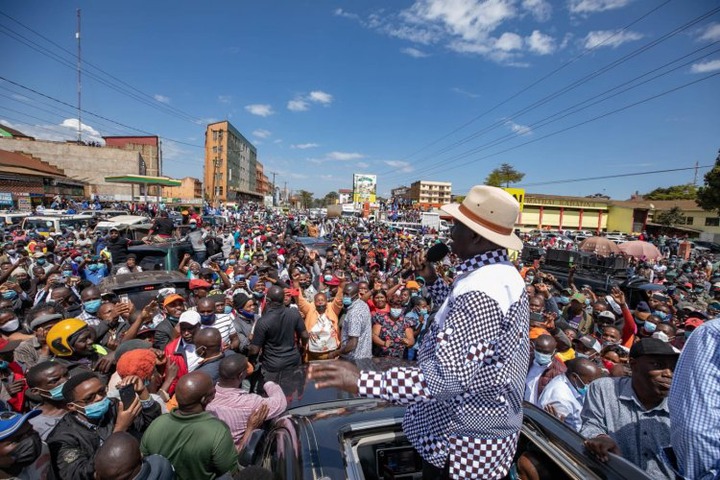 With less than a year before the country moves into the next general elections, different political platforms, Digital media sites and famous politicians in the country have embarked on Digital Opinion polls as one way of weighing each candidate's strength in the presidential race.

Among the recent influential persons from Mt Kenya region to come out and weigh in on the same is renowned city lawyer and political journalist Wahome Thuku.

Thuku, who is allied to Raila Odinga's ODM camp, conducted an online poll on Thursday evening involving three key presidential candidates; Raila Odinga, William Ruto and Musalia Mudavadi. And on Friday morning, Wahome emerged with alleged results on who the Mt Kenya region residents will likely elect as their president in 2022.

According to Wahome, after thorough counting of the opinion polls in the comment section, ODM Party Leader Raila Odinga surprisingly emerged as the region's alleged favorite with 2400 votes against DP William Ruto who is alleged to have garnered 1320 votes. Musalia was third with 200 votes 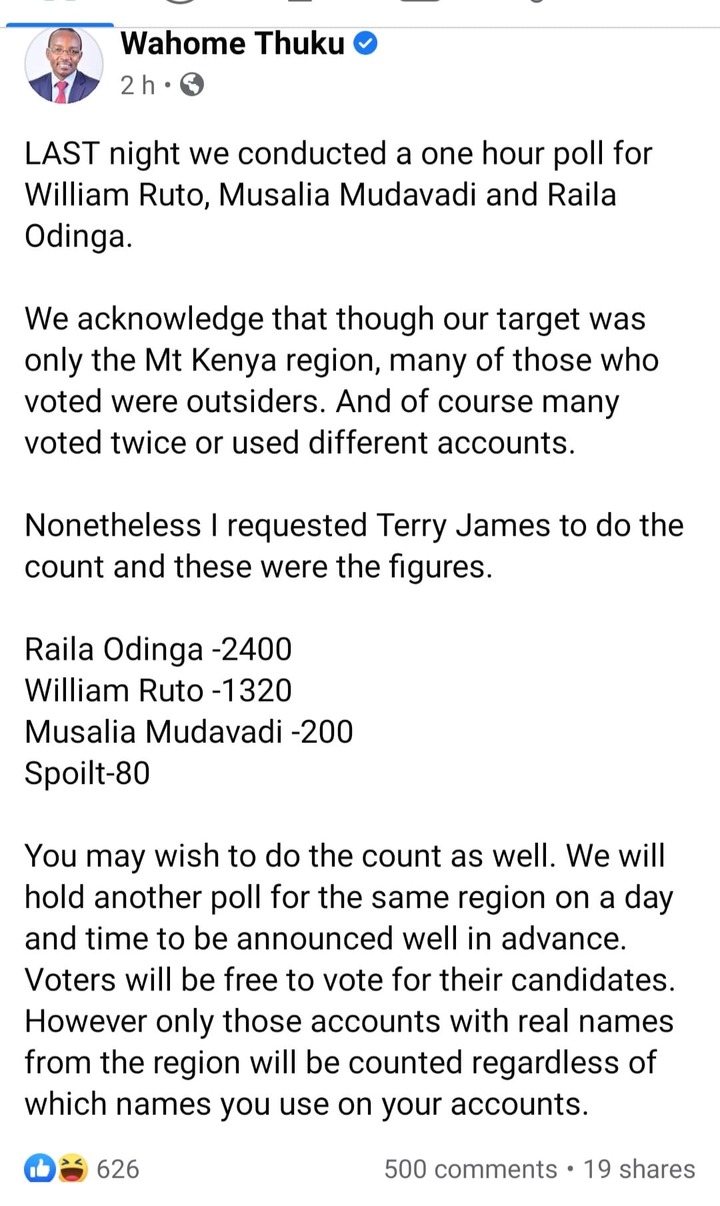 However, Wahome's alleged results were questioned by many, who accused the vocal ODM blogger of taking sides and manipulating the results in favour of his candidate Raila.

Among those who came out to poke holes on his poll includes vocal Nyeri MCA allied to William Ruto Kiruga Thuku. He termed Wahome's poll as a disaster, urging him to stick to law and church matters.

He questioned the legibility of Wahome's poll saying it was so short and all the figures interestingly ended with zero figures at the end. 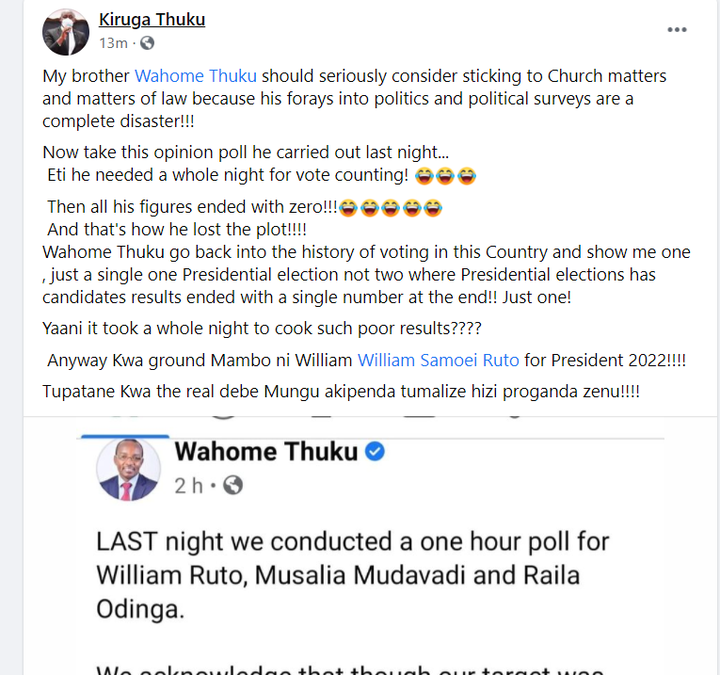 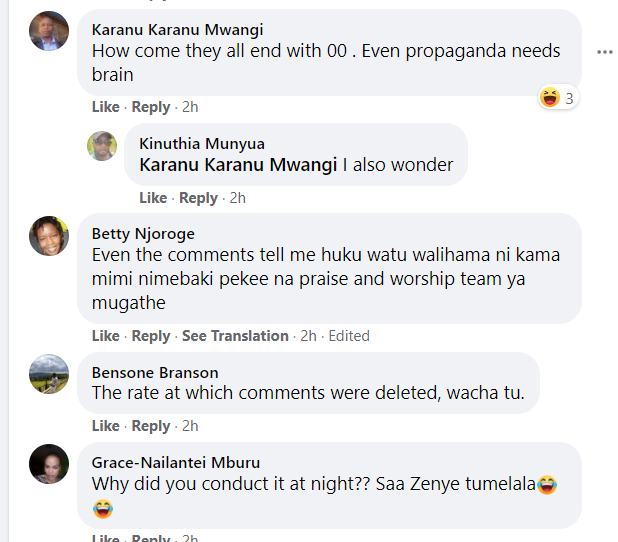 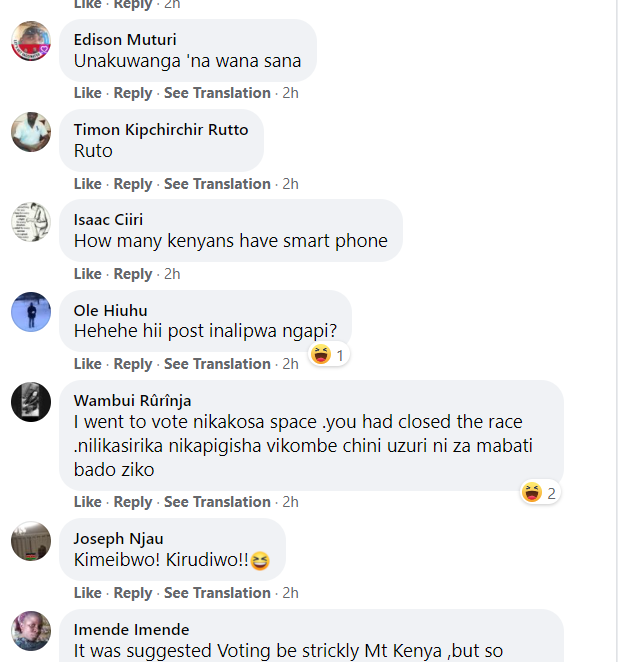 5 Famous Racehorses Of All Time In The World