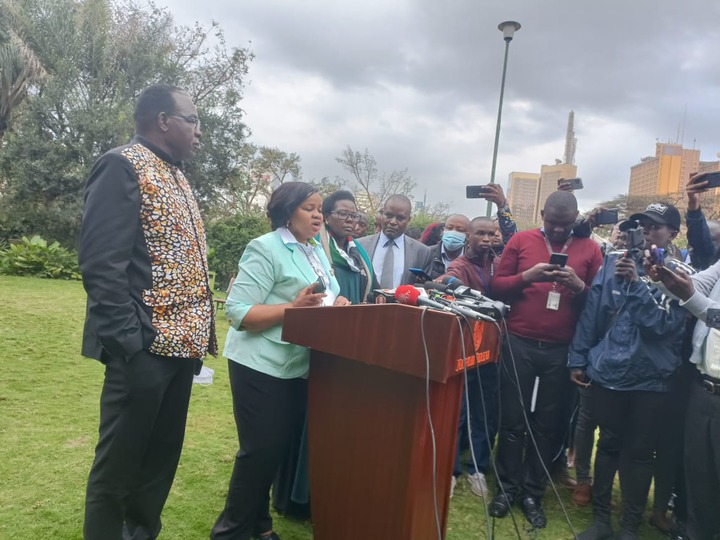 The four made a second briefing on their stance on the 2022 presidential election.

Addressing the press shortly at the Serena Hotel the four have complained that their boss, Wafula Chebukati, overruled them and harrased them saying he must read the results.

They also told the press that the correct tally of the presidential election results was not passed to them as part of the commission for processing.

Outlining the four reasons why they are rejecting the results announced, the commissioners listed that the aggregation of the results were not mathematically correct and that the results did not include totals of registered voters, votes cast or rejected votes. 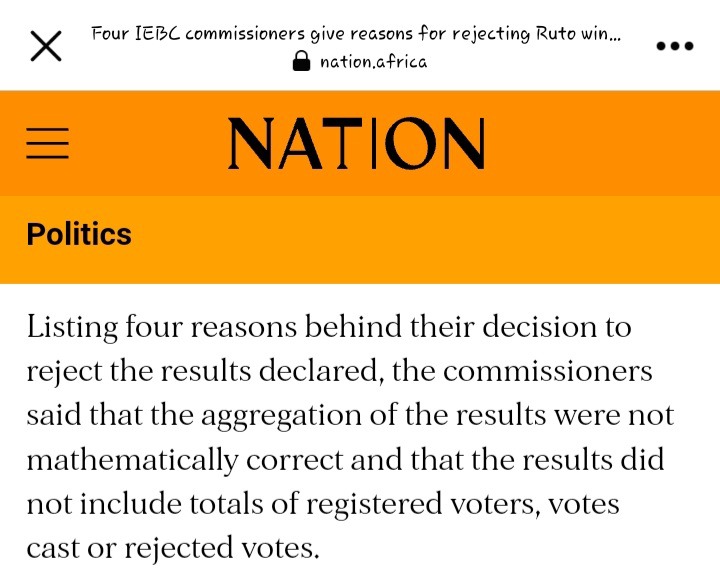 Secondly, in contrary to the constitution and legislation, by the time the Chairman declared the final results, results from other constituencies had not been announced.

Juliana Cherara said that in the absence of a credible and verifiable explanation, they concluded that the process that went into Form 34C was opaque and incapable of earning our ownership and confidence.

The four commissioners said that Chebukati claimed that Raila attained 25% of votes in 34 counties while Ruto attained 25% in 39 counties; the question is, which figures constituted the independent variable to warrant the conclusion. 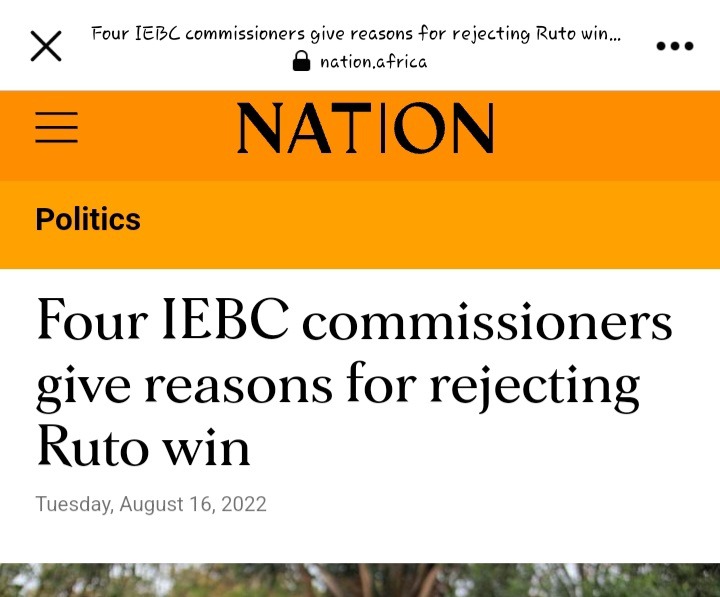 "Do not Humiliate Them" Azimio Leader Now Tells President Ruto, Says This About Chiefs and DCC

Please Forgive Me If I Have Wronged You, Former DCI Boss George Kinoti Pens Heartfelt Letter