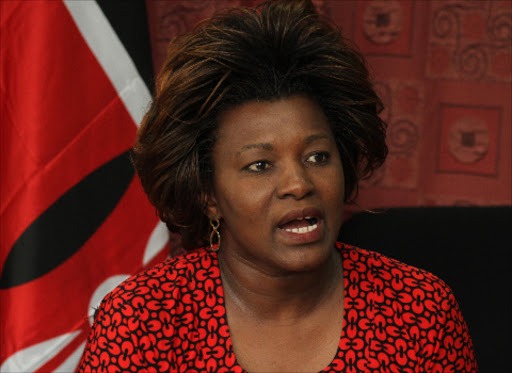 The decision by the Azimio La Umoja One Kenya Alliance coalition council to call for zoning of different seats ahead of the August polls, continues to elicit mixed reactions form leaders within the alliance.

The leaders who defended the idea said that the coalition will ensure that votes are not split among the Azimio affiliate candidates, a move they argued would have given Deputy President William Ruto's camp an upper hand in winning more seats.

According to Gender Cabinet Administrative Secretary Rachel Shebesh, the idea by the Azimio camp to field popular candidates is valid, and thus those who have been implored to step down should sacrifice for the sake of the alliance.

As quoted in a report by the Star on Wednesday, Shebesh argued that those who will defer their bids will get job opportunities in the Azimio government should Raila Odinga win the presidency in August.

"We are appealing to all those candidates who have been asked to step aside, to do so in a good heart. The Azimio La Umoja government has a lot of job opportunities to offer."

She went on to say that the Azimio team in Nairobi county is keen to get at least 2 million votes for Raila's bid, claiming that of the zoning is not observed or there is sibling rivalry among the Azimio affiliate parties, than the target will not be achieved, and could cost Raila enough numbers to bag the win.

Shebesh's remarks were echoed by Westlands member of parliament Tim Wanyonyi who said that even though stepping down is not easy, the affected candidates should look at the bigger picture and that is consolidating votes for Raila.

Personalities Who Have cast Their Votes So Far

3 UDA Candidates Who Are Only Waiting To Be Sworn in

Facts and Figures About Today's Election