By HelenMalkia (self meida writer) | 13 days 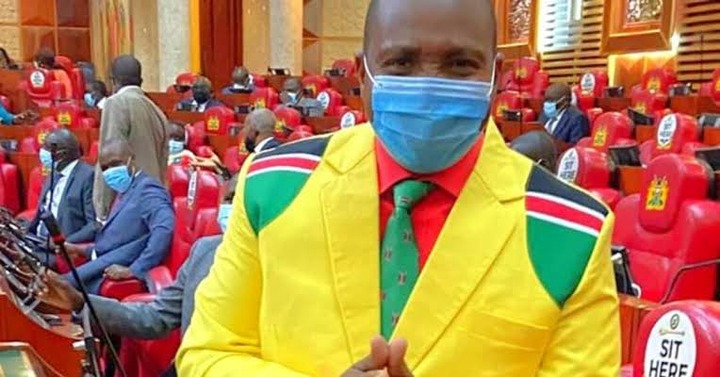 Deputy President William Ruto and United Democratic Alliance (UDA) have been dealt with a big blow after a legislator who was seen donning party colours in recent days has refused to be linked to them.

According to Kenyans.co.ke, nominated Member of Parliament David Sankok has refused calls to associate himself with UDA even after calls to do so with the party top members. He said he had to consult with President Uhuru Kenyatta before announcing his next move. 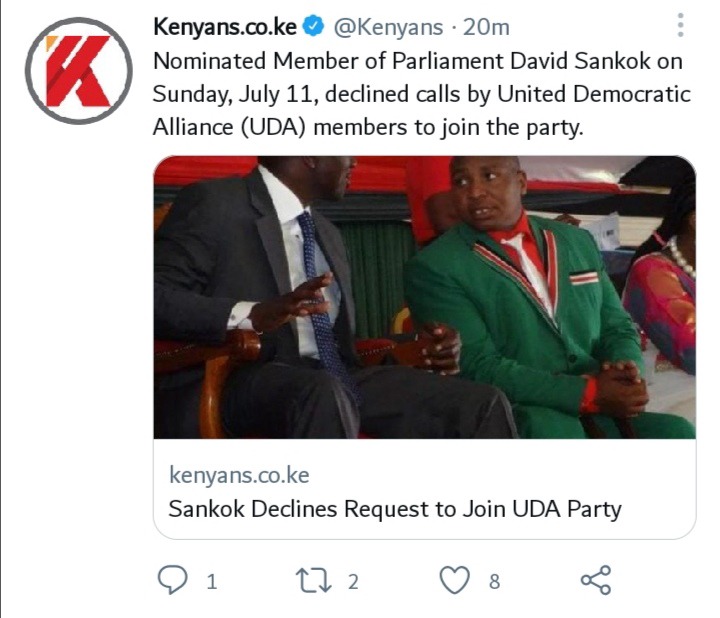 "You will get my response on or before December because I have to consult President Uhuru Kenyatta who is my party leader," the MP stated as quoted by the media house.

He further clarified that the yellow suit he wore should not be mistaken with what he believes in or that he is gearing to join another political party.

Mr Sankok was speaking in a meeting in which he had hosted a group representing the National Council of People with Disabilities who sought to know his stance since he represents them in the national assembly.

"Ruto Calling Himself Hustler is Worst Form of Insult," He has messed & Should be Stopped ~Hon Keter

Ruto Must Be Stopped, North Rift MP Says as He Makes a U-Turn on Ruto's Presidency