Senator Malal On The Laikipia Clashes: Arresting Politicians Is A Decoy

By LNews (self media writer) | 4 months ago 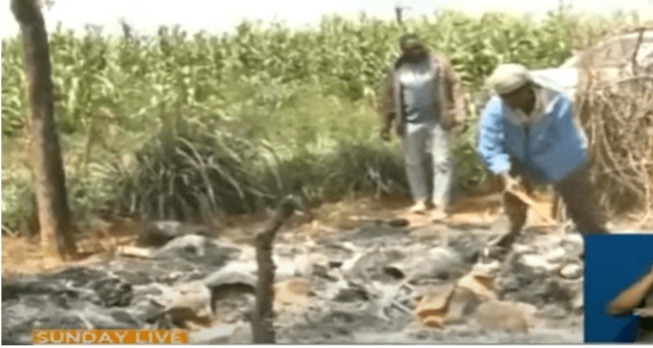 According to the legislator, the government must address the root cause of the problem instead of arresting politicians.

“The NIS has failed us… We have to find the root cause of the skirmishes in Laikipia… Sometimes arresting politicians is a lure to distract from the real issues,” Senator Malala said.

The senator who appeared on Citizen TV's Day Break Thursday said the arrests of unrest-related politicians were a lure and akin to sweeping dirt under the carpet.

He claimed that although he was among those arrested after the Matungu killings in early 2021, he was never charged in court.

"I was arrested for murders in Matungu but to date we have never been charged," added the senator, appearing to question the arrest of former Laikipia Nord MP Mathew Lempurkel for incitement to violence.

The senator said that there are many different theories being advanced as people try to get to the bottom of the clashes.

Meanwhile, hundreds of families continue to flee their homes, terrorized by banditry in the Laikipia Nature Reserve and its surroundings.

At least 10 people have so far been killed in the area and dozens more injured in the past two months.

Lempurkel was arrested Wednesday morning at his home in Rongai, Kajiado County, by detectives from the Criminal Investigations Directorate.

He was burnt to death at DCI headquarters on Kiambu Road and is due to stand trial in Milimani court.

According to Rift Valley Regional Commissioner George Natembeya, the former MP for Laikipia North is one of three suspects suspected of instigating the attacks in Laikipia County.

It is not clear whether the MP will be charged today or whether detectives will ask for more time to detain him.

On Tuesday, bandits from Laikipia demonstrated their challenge to authority in the Ol Moran region, staging daytime attacks in the volatile area as Rift Valley Regional Commissioner George Natembeya assessed the damage caused during from previous attacks.