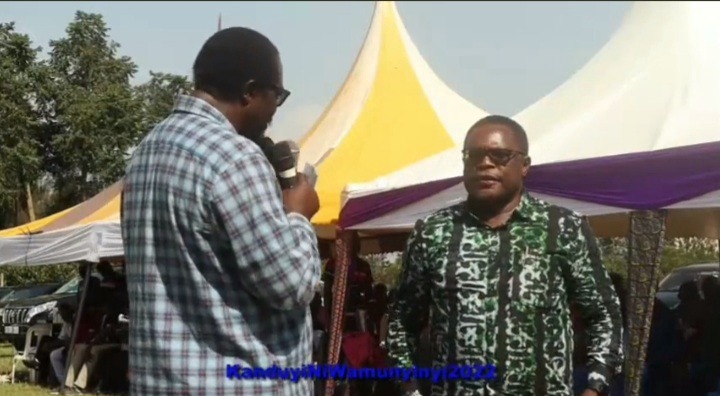 Respected Senate speaker Kenneth Lusaka who has launched a bid to recapture his Bungoma county gubernatorial seat, today found himself at an embarrassing situation after DAP-K party leader who doubles up as Kanduyi MP, Wafula Wamunyinyi deliberately spoiled the party for him during a burial that was graced by several politicians.

In the highly attended burial of the late wife of liberation hero and former ODM director of political affairs and strategy, Wafula Bike, Wamunyinyi who was evidently biased towards Azimio la Umoja candidates had welcomed Lusaka to address mourners. But before he handed over the microphone to him, Wamunyinyi unexpectedly tainted Lusaka's integrity claiming that senator Wetangula had previously decried his looting antics while at the helm of the county.

Under the full glare of cameras and Wamunyinyi's intimidating height, Lusaka could barely help himself as mourners burst in laughter. His gloomy face told it all. 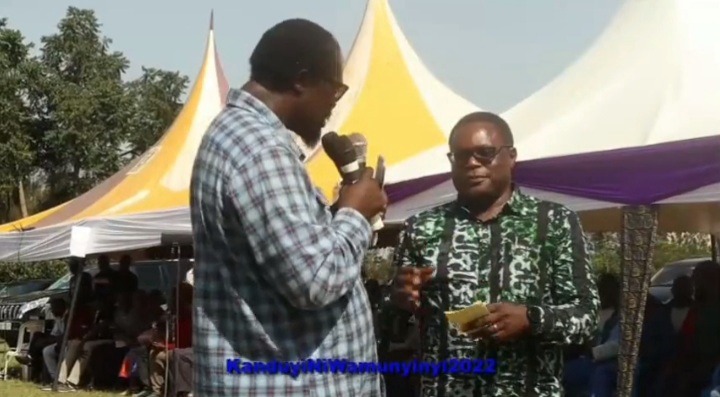 It should be noted that Speaker Lusaka made headlines during his first term in office as Bungoma county governor for orchestrating a flawed procurement process that saw mere wheelbarrows acquired at a shocking Sh 109,000 per unit.

Ordinarily, the same wheelbarrows go for ksh 3500 to 4500 in local hardware stores across the region.

Lusaka will now battle it out once again with Wycliffe Wangamati who is the Azimio candidate for the Bungoma race. Ironically Lusaka is being sponsored by Wetangula's Ford Kenya party. 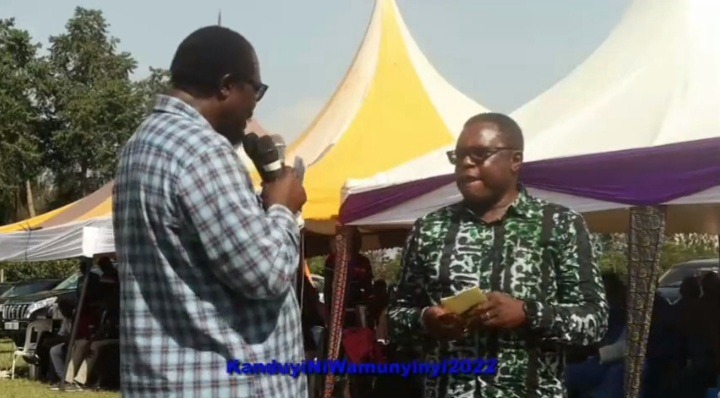 Dr Ofweneke Gets Rushed To The Hospital, Reveals What He Is Ailing From

I Spent 3Years In Hospital After Birth. Doctors Were Scared To Release Me Due To My Condition;Mariam

"I Wish I Told my Lover I Was HIV Positive, I Would Not be in Jail Because of Her Death" Arthur

"I Infected My Girlfriend With HIV. She Killed Herself And I Threw Her Body In The Bushes"