Will Kimunya Resign as Majority Leader if Jubilee Loses in Rurii Ward? (Video) 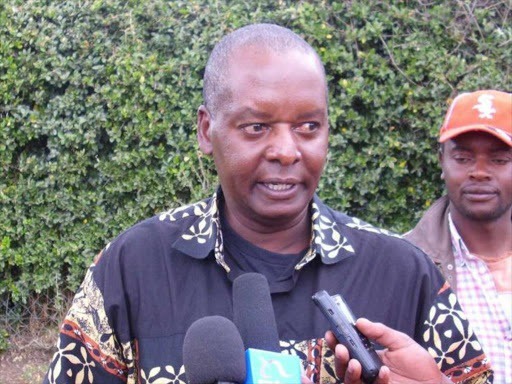 A video has emerged of Leader of Majority in Parliament, Amos Kimunya, vowing to resign if Jubilee Party lost Rurii Ward by-election held on May 18, 2021.In the video, Kimunya, who is also Kipipiri MP, said he would rather resign than hear the outfit has failed to win a seat in Nyandarua, which is perceived to be President Uhuru Kenyatta’s stronghold.

“I wouldn’t want to hear, as the majority leader of Jubilee, that the party has failed to win a seat in Nyandarua, I would resign,” said Kimunya while speaking in his native Kikuyu language.

However, Kimunya’s words have come to haunt him since the Jubilee Party candidate lost to United Democratic Alliance (UDA) candidate Francis Muraya who was declared the winner of the Rurii ward by-election by IEBC.

Here is the video of Kimunya saying he will resign if Jubilee loses the Rurii ward by-election.

2022 Winning Party Revealed According To This Study