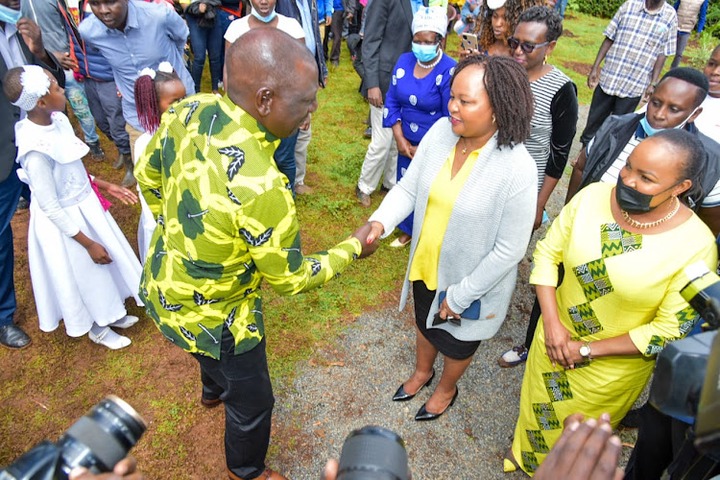 A tactical bishop made an important move in an event where chaotic scenes were being evident as supporters of both Waiguru and Ngirici were clashing. The bishop decided to introduce all leaders while being aware of impending shouts. Fights were reported between the supporters of the Kirinyaga governor Anne Waiguru and Purity Wangui Ngirici outside a church where the deputy president William Ruto was supposed to be visiting. The chaos erupted just before the deputy president William Ruto arrived at the event where he was forced to intervene in between the public differences that both Anne Waiguru and Purity Ngirici were showing through their supporters. 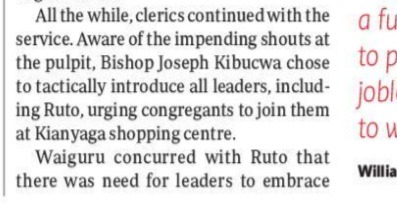 When the deputy president arrived qt the scene, he called for both the supporters and the party aspirants to be keen on ensuring peace because United Democratic Party is a party that observes peace. The deputy president also promised free and fair elections in the upcoming party nominations.