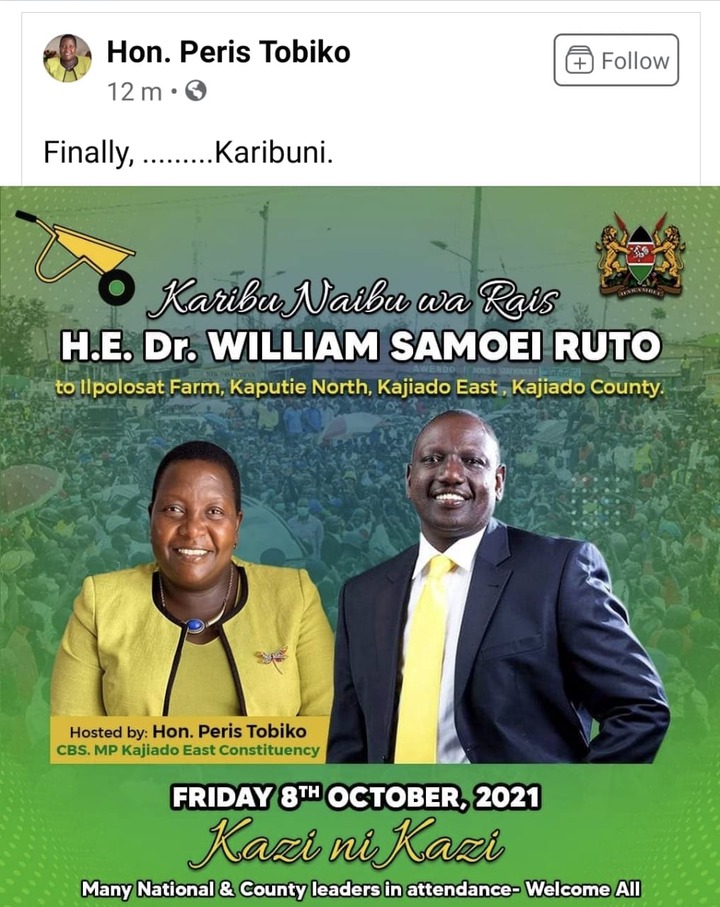 Deputy President William Ruto and his United Democratic Alliance party are boosting their chances of getting more supporters across the country in various counties.

Today, the party has received a new member who has joined from Kajiado East, Kajiado County. 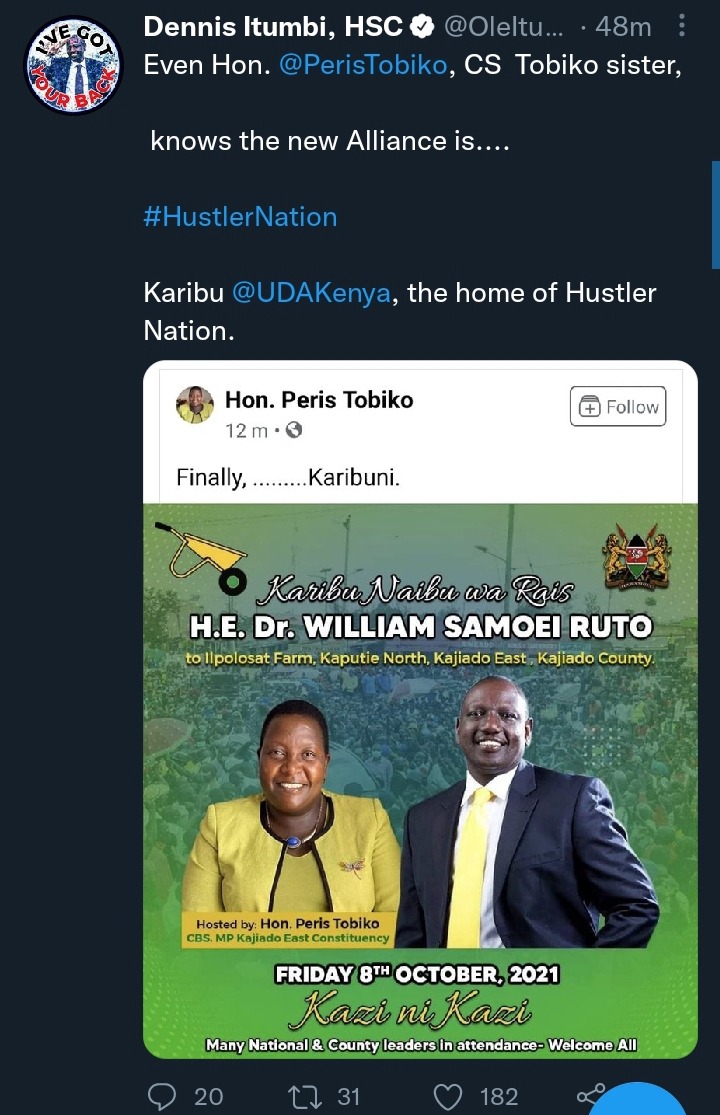 Hon Peris Tobiko is well known across the country as she became the first elected female Member of Parliament (MP) from the Maasai community.

She was first elected in the 2013 General elections when she made history as she pushed for gender equality which was not the norm for people of the Maasai community.

UDA has got a big boost after getting Hon Peris Tobiko as she is vocal and very prominent.

"We Don't Want To Be In Opposition" Kiunjuri Hints At Joining Raila, Sends Another Warning To Ruto

Opinion: List of Counties That Will Determine Who Wins in 2022 Presidential Elections