By PolyNewsKenya (self media writer) | 1 month ago

It is roughly six days since deputy president William Ruto announced Rigathi Gachagua as his running mate in the coming general elections. His announcement caused mixed reactions around the country as many people gave different opinions. A few days ago, news went round that Ruto was planning to replace Gachagua as he has realized he is losing supporters by keeping him as his running mate. This has however not been confirmed. 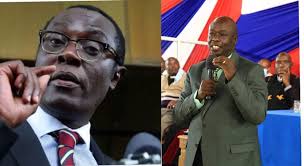 Mutahi Ngunyi, a close ally to Raila Odinga has written an open letter to Gachagua telling him he will be impeached by Kenya Kwanza since that is there plan. Taking to his Twitter page, Ngunyi said that Gachagua had forced himself on Ruto and some members in Kenya Kwanza are annoyed. He said that they have filed complaints and are planning to impeach him through the court.

"Dear Gachagua. You FORCED yourself on Ruto. And you ANNOYED many. Strategy is to REMOVE you through the COURTS. Then they will REPLACE you with the RIGHT candidate. A case is already before a COMPETENT judge. Once they SUCCEED, you will have to SIT on a PIN," Ngunyi said. 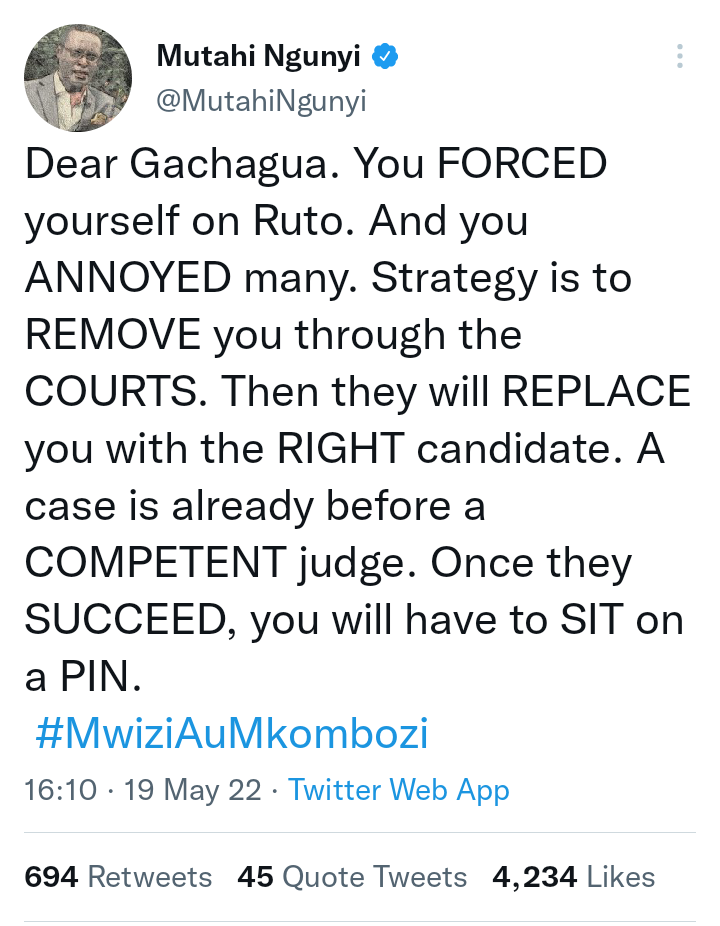