By E-NewsKe (self media writer) | 4 months ago 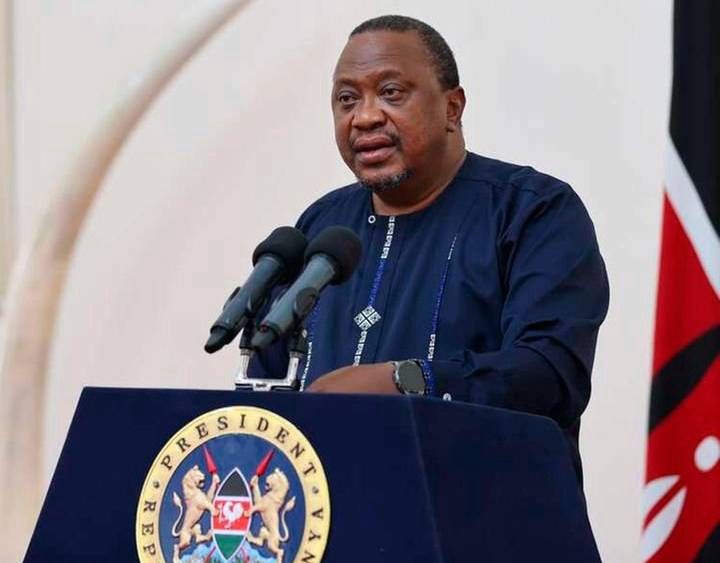 The Kenyan Head of State president Uhuru Kenyatta has told the court that he cannot be sued since it would distract him from performance of his duties as the Head of State and government.

Through his lawyers, he has noted that if every other Kenyan was to be allowed to sue the Head of State, he would end not performing his duties as expected by the constitution of Kenya.

He has since asked the courts to find their lawyer divisions as having erred in having tried to implicate him in a matter that he already enjoys the constitutional protection. 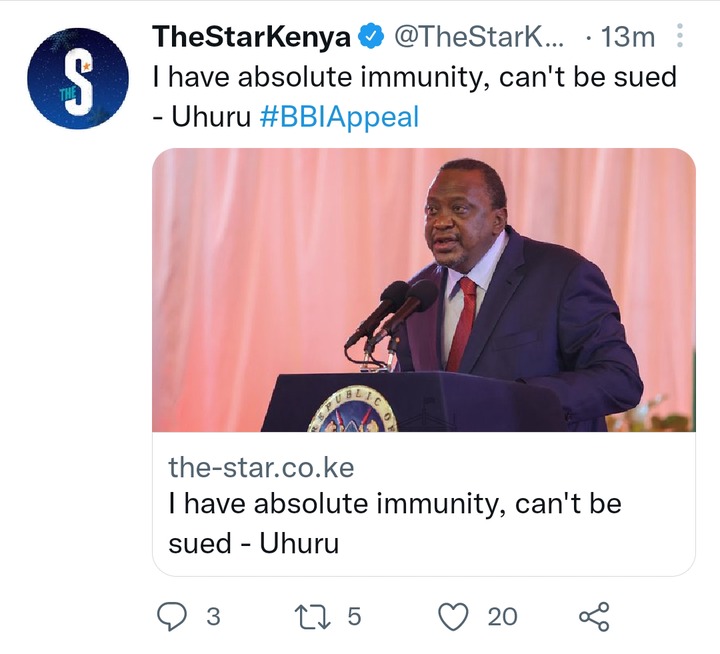 His lawyer, Mr Gayonye had since asked the court to vacate all the orders of the lower courts touching on the Head of State president Uhuru Kenyatta and the manner in which he had been sued.

“If it were that it was allowed for every Tom and Harry to file suit against the President, it would distract him from performing the more important duties for running the state,” Gatonye said.

The lawyer has since told the Supreme Court that they have to safeguard the institution of the Presidency because unless that happens, the security of the nation would be put in grave danger.

“It cannot be doubted, but there are three main organs of state and our constitutional setup, and those institutions require to act in a dignified manner so that the public can have confidence in them,” he said.

Between Raila And Ruto Who Is The King Of Crowd Today? Ruto Rally, Kilifi VS Raila Rally In Vihinga