Will it Be a Relief For Raila if Uhuru Beats Ruto in The Kiambaa By-election?

By Joshuaonani (self meida writer) | 14 days 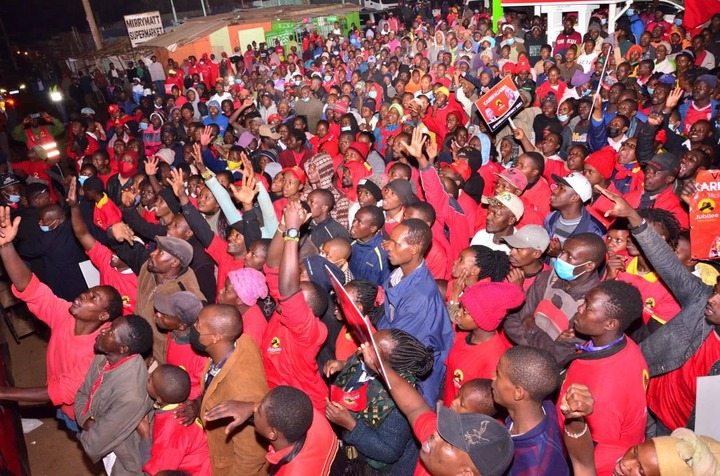 Many eyes are looking directly at the two mini-polls both in the Kiambaa constituency and Muguga Ward, and the outcome of the two by-elections is a big deal for some political leaders in the country. The Jubilee Party had lost both in Juja and Bonchari constituencies in the previous mini-polls conducted in the two areas. This brought about massive reactions, some terming the Jubilee party as a village party, while others saying the United Democratic Alliance had gained more influence than the Jubilee despite being a small party. President Uhuru Kenyatta got upset and questioned Mr. Raphael Tuju, who is the party secretary-general, and his counterpart, David Murathe, who is also the Deputy Chair of the party, about why they had to lose the two by-elections despite making everything right ahead of the two mini-polls.

Despite president Kenyatta getting upset after the two Mini-polls, the ruling party still had some hopes at the forefront after the independent Electrol Boundary Commission(IEBC) gave a gazette notice of the other two By-elections which were to be conducted on Thursday 15th July 2021.

The two mini-polls commenced on Thursday with massive complaints from both UDA and Jubilee affiliates, while some UDA supporters claimed that the Jubilee party was plotting to rig elections by using area chiefs in the Muguga Ward mini-poll. The question is, will Uhuru's win in the Kiambaa By-election relieve Raila ahead of the August 2022 elections? 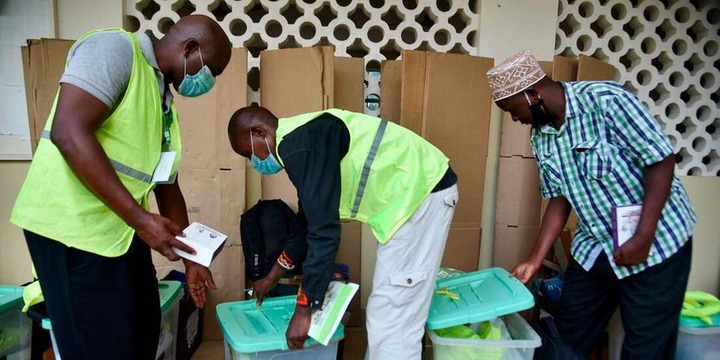 During an interview dubbed under Radio Citizen, Raila Odinga said until the Building Bridges Initiative succeeds that is when he will announce whether he will be on a presidential ballot in the 2022 elections or not. But that, his close affiliates have declared he will vie for the top sit in the country. Currently, he and President Uhuru Kenyatta are deeps friends. Could it be that the president is paving way for his presidential bid? 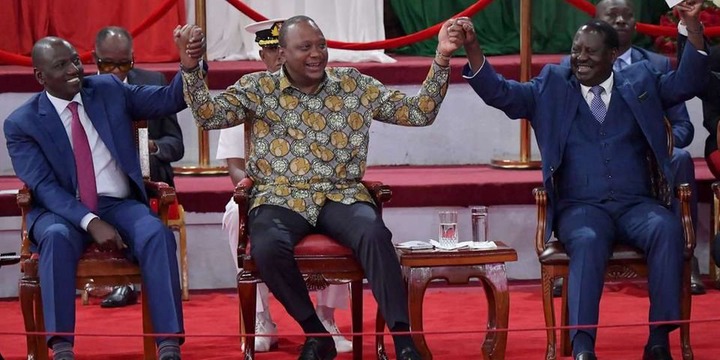 IMAGE | COURTESY | President Kenyatta (Middle), William Ruto( left), and Raila Odinga(right) during a function which was aimed at promoting unity in the country

Even though Mr. Odinga has not declared his presidential bid, the two mini-polls mean a lot to him as they will determine the number of votes he will secure when he goes for the top seat in the coming elections.