By KikwetuNews (self media writer) | 1 month ago Details are now emerging as to why very few elected leaders from Homa Bay County attended President William Ruto's event in the county on Sunday.

Among those missing were regional governor Gladys Wanga and Homa Bay Member of Parliament Peter Kaluma both of whom gave their reasons.

But also absent was Nyanza Regional Commissioner Magu Mutindika, one of the people who would never miss such functions. 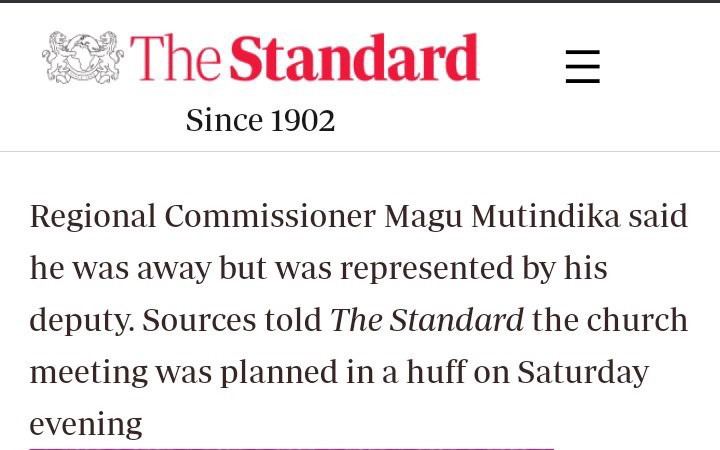 However, he excused himself by saying that he was away and could not use it, so he decided to send his deputy to represent him.

Now it turns out that those who missed out have some reason with sources saying that the event was scheduled to fall on Saturday night which obviously didn't give the leaders enough time to plan their attendance.

Wanga said she only found out about the event a few hours before when she had already made her own plans without Kaluma saying he wasn't invited and wasn't around either.

Area Senator Moses Kaiwang said he was also not invited and accused him of boycotting or deliberately refusing to attend the event.