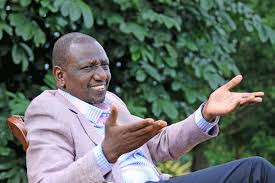 The race to next year's general election is on and the politicians such as DP Ruto are in a rush to find their final parties that they feel will propel them to power in August next year.The presidential hopefuls are trying to woo as many leaders together with voters as they can.The President's ban of political gatherings is just a setback to them.Fortunately,they are making it to political gatherings through the churches where some have started turning them away.

Raila Odinga's allies have said that the ODM Party leader will announce his presidential bid next month.This is where a Coalition will be unveiled.He is optimistic that he will fully get the backing of President Kenyatta.As this goes on,DP Ruto has also insisted to the parties that want to join him that they fold their parties first,something which many have refused especially the parties from Mount Kenya region. 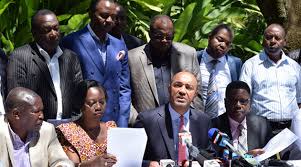 It has been revealed that Raila Odinga is having a massive support from the county chiefs.Out of the the 47 Governors,so far,Raila is enjoying the support from 17 Governors while Ruto is enjoying support from 10 of them.Gideon Moi and Musalia Mudavadi have one each supporting them while Wetangula and Kalonzo have non.Two Governors,Murang'a's and Makweni's have declared going for presidential race.The state of the 16 remaining Governors is still unclear.These Governors are huge financiers of the elections and their grip is key.DP Ruto has to work much harder to get more support from some of them.His next plan is to see that he gets the grip of the undecided Governors besides wooing some of Odinga's Governors.This next plan is however difficult but will make him receive more backings. 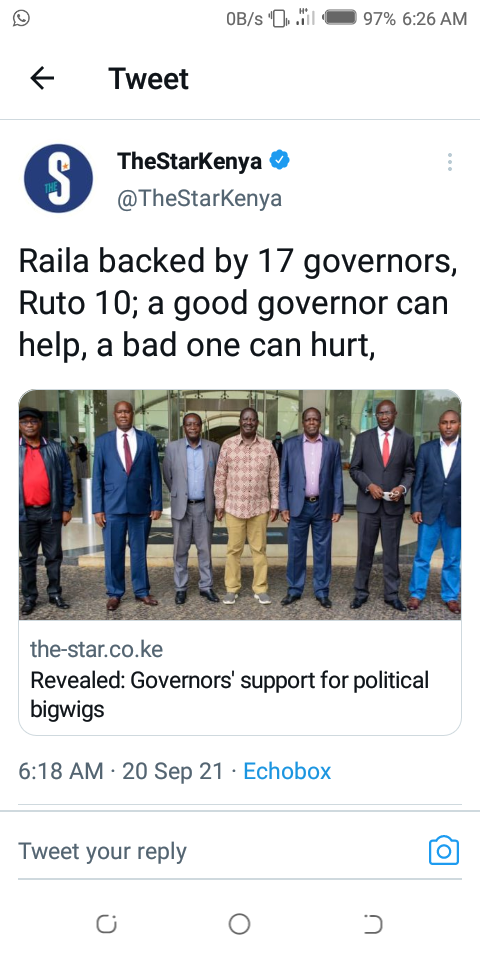 Big Blow to Uhuru, Raila as 4 MP's Decamp to William Ruto Side