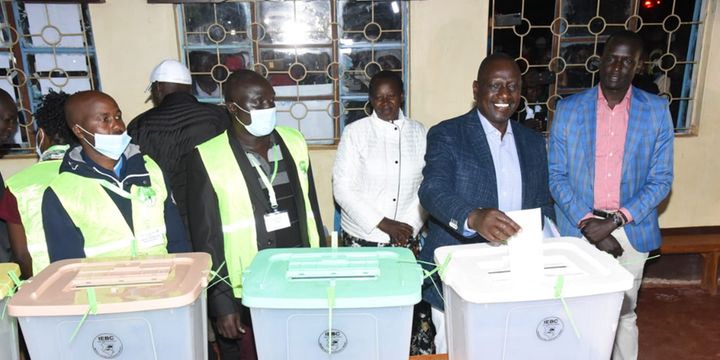 Just before 6.00 am Deputy President William Ruto had already arrived at the Kobachei Primary School polling station in Sugoi, Turbo constituency to cast his vote.

The DP who is the United Democratic Alliance, UDA presidential candidate arrived alongside his wife Rachel Ruto. They briefly held a prayer session before the exercise began.

The two were among the first Kenyans to cast their votes.

In another part of the country was Azimio La Umoja One Kenya coalition deputy presidential candidate Martha Karua. She had also arrived together with her family at 5.30 am at Mugumoini Primary School, Gichugu polling station ready to cast her vote. 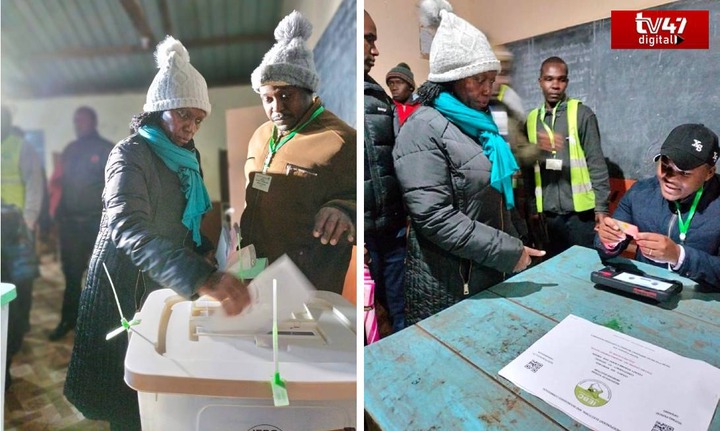 However, there was a mix-up during voter identification using the biometric system forcing her to move from her original polling station to Mugumoini Primary School. She was also the first to vote.

Ruto had a message for Kenyans urging them to maintain peace and unity during this crucial process. He acknowledged the months he spent campaigning and selling his manifesto and now it has come a time for the nation to decide.

"The D day is here. I am a very proud man. After months of campaigns and selling our manifesto and agenda. Everybody wants a peaceful process and we even engaged in prayer before voting commenced," he said.

"I urge Kenyans to vote peacefully and intentionally so that we settle on leaders who can take this country forward. It is during such moments that the mighty realise that it is the people who have the power to make a choice," he added.

Azimio La Umoja One Kenya coalition presidential candidate Raila Odinga is also expected to cast his vote at the Kibra polling station later in the day.