Many Kenyans who were not privy to the discussions leading up to the appointments were certain that the young Kiharu constituency member of parliament, Hon. Ndindi Nyoro, would be appointed a cabinet secretary until yesterday. 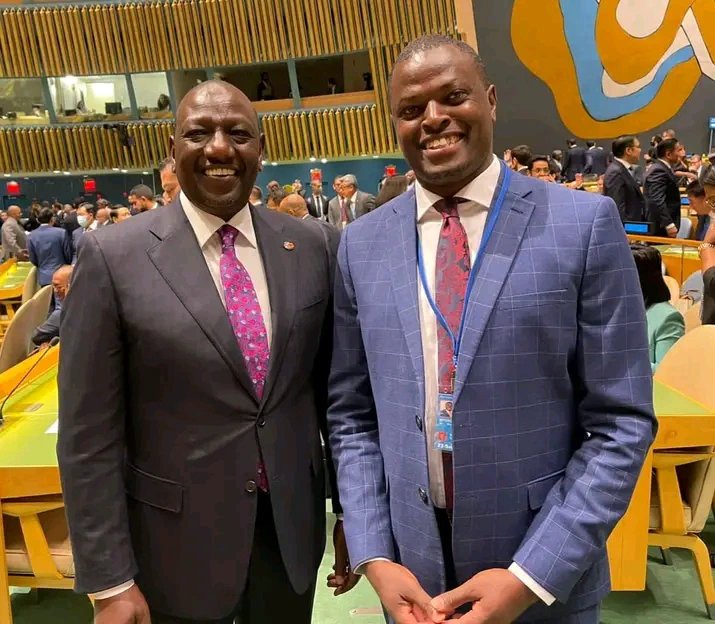 President William Ruto and Kiharu constituency member of parliament, Hon. Ndindi Nyoro, embarked on an international trip within the past week. Photo/Courtesy

This is due to the close relationship between the outspoken congressman and President William Ruto. Ndindi is one of the lawmakers who has backed the president since he was fired from his job as vice president by the previous president, Uhuru Kenyatta.

Was Ruto's action a disappointment to Nyoro, or had the two discussed it beforehand?

Yes, likely, the two must have agreed. But why would he be left behind when all comrades have been rewarded thus far? In any case, I have listed a few explanations below.

The primary cause Ruto must be planning ahead and preparing Nyoro for larger positions. If he were appointed a cabinet minister, Nyoro would lose touch with his constituents and wananchi. Perhaps Ruto is contemplating making Nyoro a prominent politician in Mt. Kenya.

Perhaps the head of state intends for the young member of parliament to serve as his deputy in his next term.

Second, the president may want Nyoro's political support while he is in office. Since he doesn't have a lot of responsibilities, he is the best person for this job.

Thirdly, among the politicians of Mount Kenya, Nyoro is the youngest. Perhaps the president asked him to relax because the older politicians are still a few years away from hanging up their boots. Nyoro will continue to hold important positions.