By SamwelOnyati (self media writer) | 16 days ago

Garrisa town lawmaker and former majority leader Aden Duale has hit hard on president Uhuru Kenyatta, in an exclusive interview Duale disclosed that the head of state asked him to do nasty things and he did them without questioning his boss,he disclosed that he fought people he ought not to touch just because he wanted to appease the head of state,further Duale claimed that he defended amendments in Parliament which were undefendable making him cross paths with his close allies. 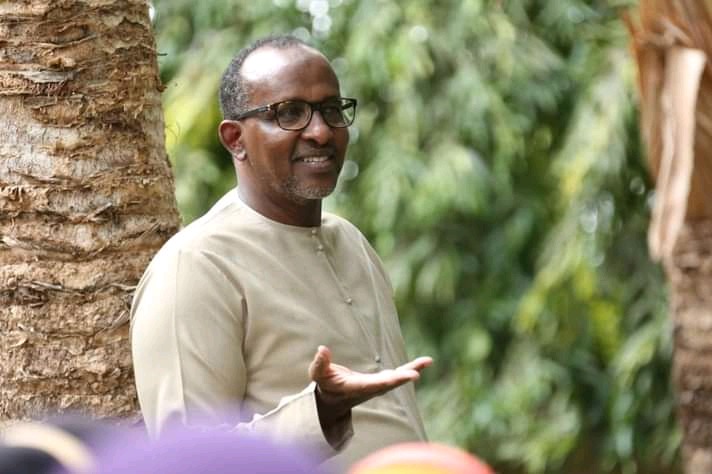 Further Duale said that their is no single time he was told to do anything and Duale failed he claimed that both favours were done in Parliament and outside the legislature,but when the time came for them to be helped with President Uhuru Kenyatta most them were thrown under the bus,this was when a section of Dp William Ruto were kicked out from powerful leadership committees which they believe was a plan to punish them for openly supporting Dp William Ruto. 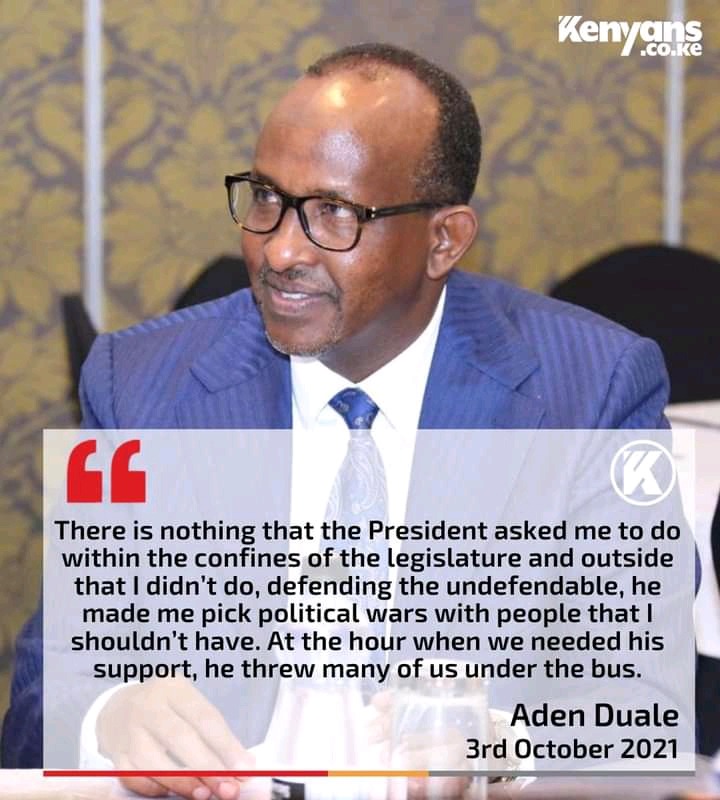 Since being ousted Aden Duale has been accusing President Uhuru Kenyatta for allowing certain individuals to mislead him,saying that they have not achieved alot due to his relationship with former Prime Minister Raila Odinga who is currently in the center stage of Jubilee chaos.