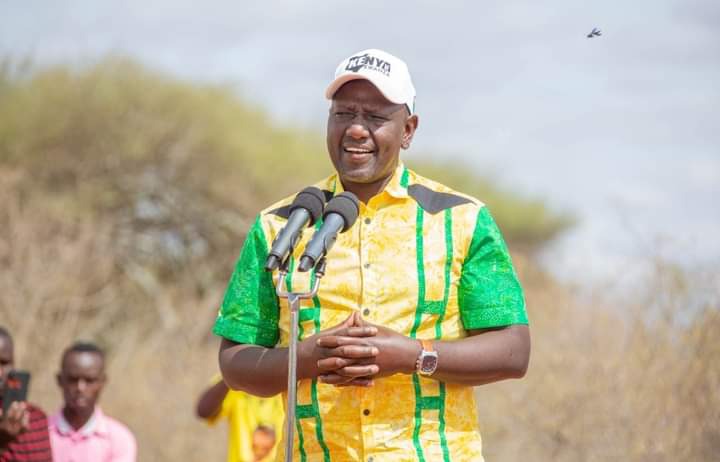 Uda presidential candidate Dr. William Samoei Ruto is facing a stiff moment in his life as far as his ambition to be the next president is concerned. Deputy President has recently faced a myriad of problems which hit him and his Kenya Kwanza Alliance team with a weakling. From my own perspective, the choice of his running mate where he chose unpopular person with graft cases, Hon. Rigathi Gachagua had hit a stumbling block on his way to presidency. 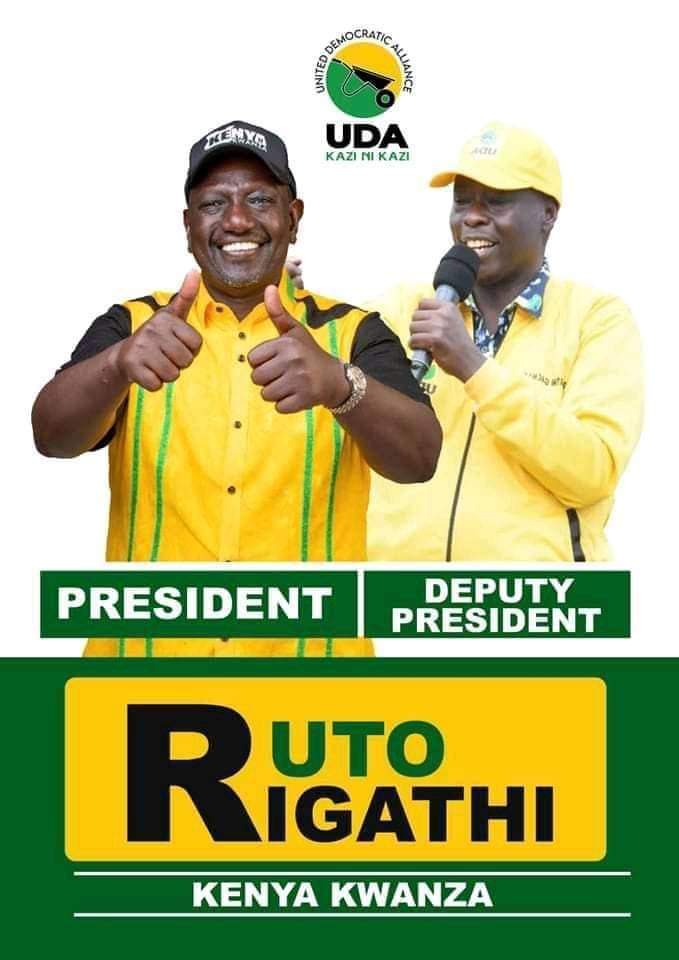 Ruto's running mate has worked as a D.O in various places in kenya including kakamega and Molo during Daniel ToroitichArap Moi's tenure. While in Kakamega, its reported that he took part in eluding with some shares which belonged to members of a sacco. Hon. Rigathi Gachagua was part and parcel of the mastermind killings in Molo where over 5000 kikuyus lost their lives.

In addition to all that, the legislator has been running up and down winning tenders through fraud means. He later acquired public property fraudulently something that led to freezing of his famous bank accounts which had over 200M shillings. Another fraud is where he is involved in the 12B scandal. All these made him unpopular within the whole country though it is worse in some parts of the country. Many pundits do say Ruto made a grave mistake. 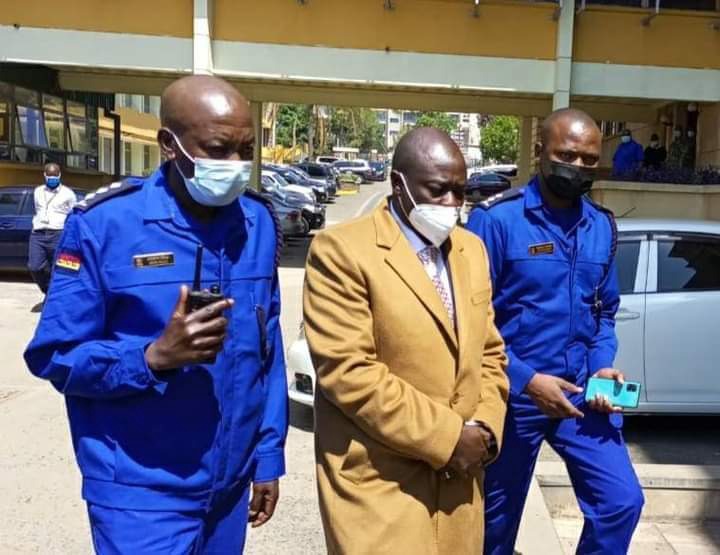 The choosing of running mate in Azimio La Umoja One Kenya Coalition also affected the Kenya Kwanza Alliance. Rt. Hon Raila Amollo Odinga appointed Hon. Martha Karua as his preferred running mate. Martha Karua who is coming from Kirinyaga, has no graft cases. Thus, she is loved more as compared to Hon. Rigathi Gachagua. Late last year, Deputy President promised to pick a woman as his running mate something that he never did. At the same time, the gender issue has rocked the whole country not only the Mt Kenya region. This has seen UDA and its other parties in Kenya Kwanza dropping in popularity. 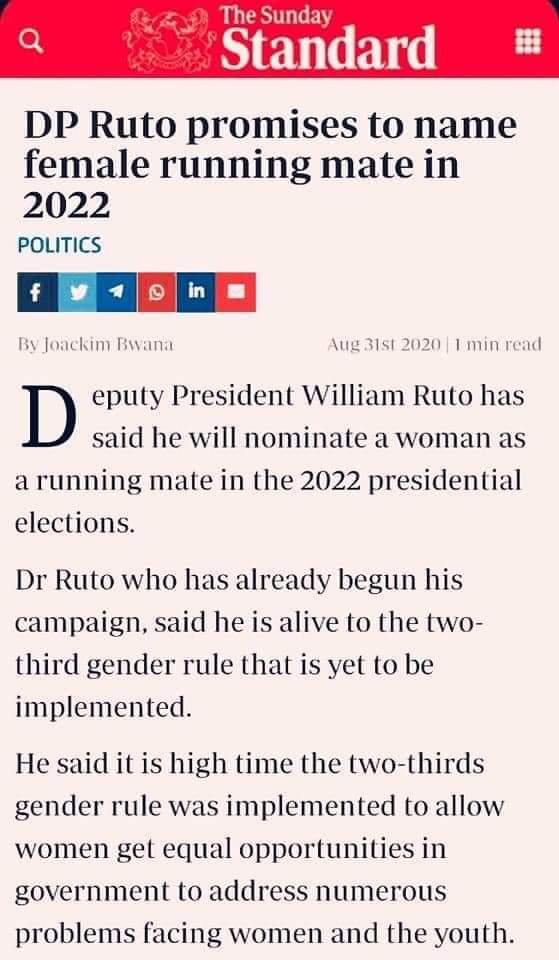 Ruto's Kenya Kwanza Alliance has been hit by internal wrangles and disagreement that have led to drop in his popularity. The main disagreement between his party UDA and other affiliate parties such as TSP and so on. Recently, we saw the key leader in TSP failed to attend Ruto's campaigns in the Mt. Kenya region. At the end, he had to act as if everything was okay even though deep down his party members eyeing elective posts were being neglected and undermined during Ruto's rallies in the region. In addition, the court also barred former justice Justin Muturi's party from making a formal and legal commitment to the Kenya Kwanza Alliance. 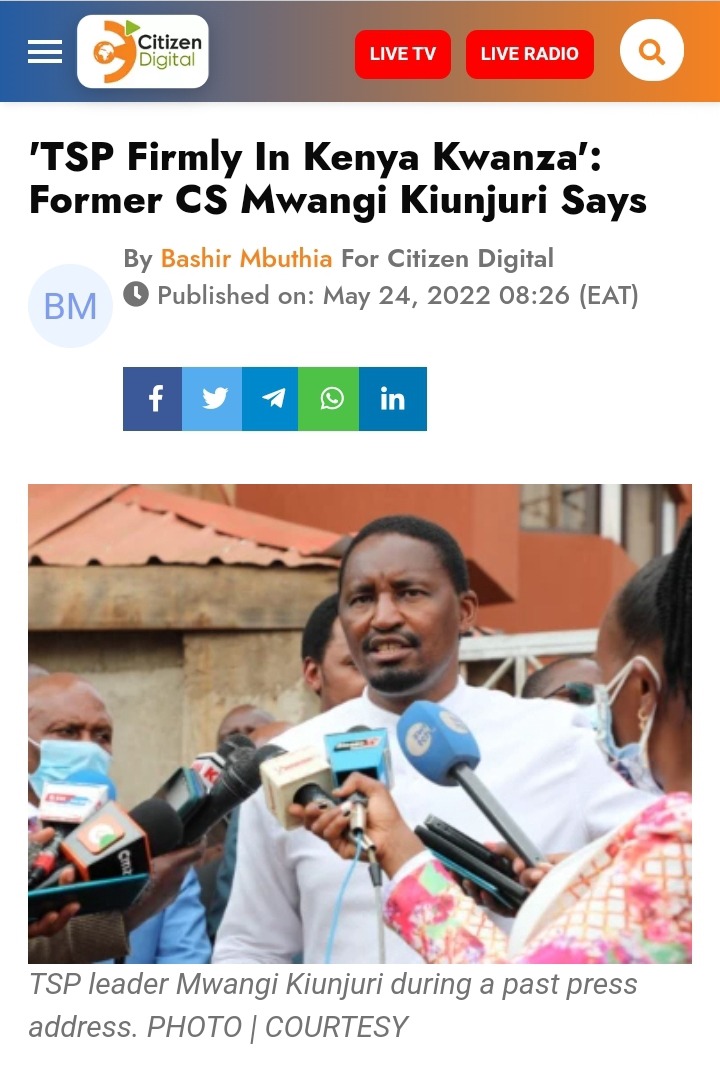 Many scholars and top political analysts have even warned him that Kikuyus might at last betray him. According to Mutahi Ngunyi, a well known master of game of numbers like last election, he said very well that Hon. Martha Karua was the jamba meaning warrior which was supposed to take the mantle of leadership from Hon. Uhuru Kenyatta whi is referred to as Muthamaki which literally means The Prince. Mutahi Ngunyi later on his verified twitter account also said that Hon. Rigathi Gachagua might be a project of the establishment from the Deep State. He is seeing him as a potential mole planted there literally to bring UDA and Kenya Kwanza down. 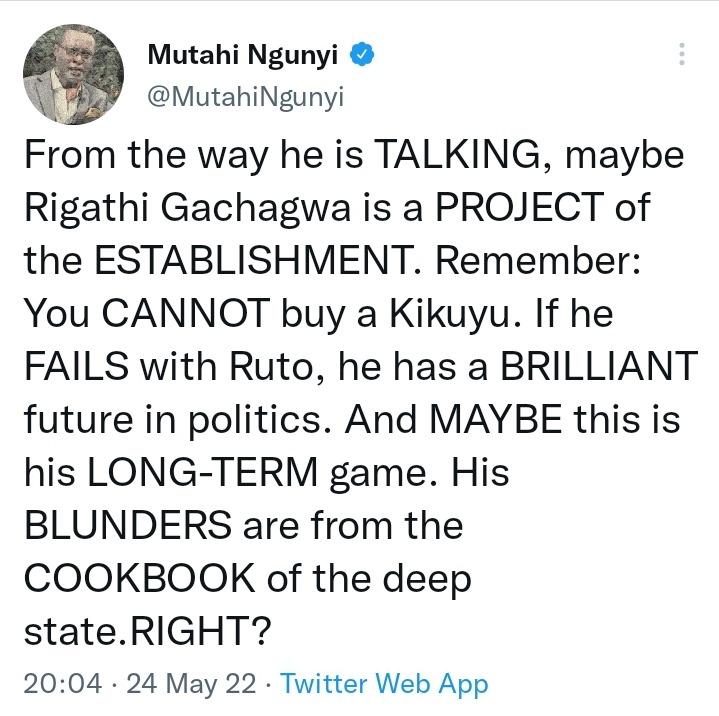 In addition, many Mt. Kenya leaders who are in Azimio La Umoja One Kenya Coalition now say the ground is shaking and shifting. Hon. Kanini Kega even went ahead to confirm that indeed the latest opinions that they conduct every Tuesday shows that their preferred presidential candidate is at 50% in popularity. This did not go well in the Ruto's Camp who immediately convened a meeting to reduce the effect of Martha Karua and also continue cementing his support base. This also explains why Deputy President Dr. William Samoei Ruto has been campaigning in Mt.Kenya region without a break. 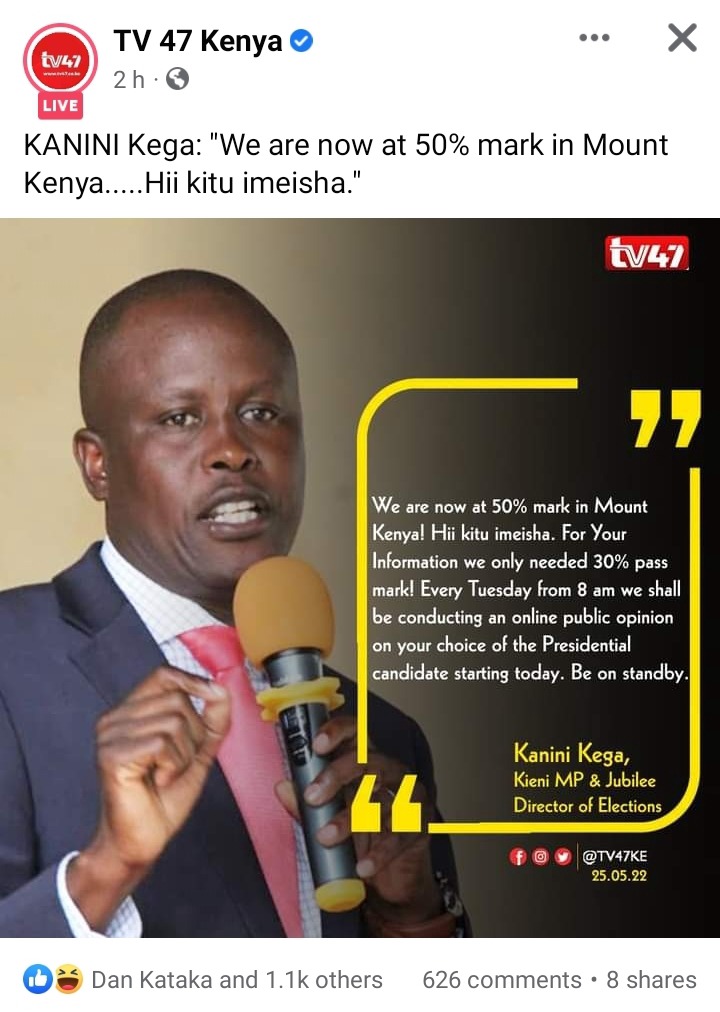