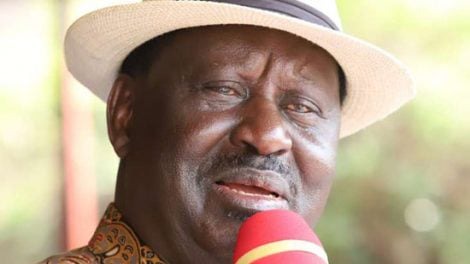 There's a looming crisis in Raila's 2022 Presidential bid, after four camp factions emerge from Mt Kenya region with each one of them fronting it's preferred running mate in Raila's ticket.

According to the People Daily Newspaper, four camps have emerged in Mt Kenya region with each camp fronting it's preferred candidate, to deputise the Orange Democratic Movement (ODM) Party leader Raila Odinga in next year's general elections.

There's one camp from the two cosmopolitan counties which are found in Rift Valley, that's Nakuru and Laikipia which have more Kikuyu community members, that is fronting Nakuru County boss Lee Kinyanjui and his Laikipia counterpart Nderitu Mureithi.

The second one prefers former Gatanga Constituency legislator Hon Peter Kenneth, with an argument that Murang'a county has never gotten into presidency. Therefore they feel this time round it is their chance to have one of their own getting into that position.

The other group is from Mt Kenya East which is fronting Agriculture Cabinet Secretary Peter Munya as their preferred candidate to deputise Raila in upcoming 2022 polls. They argue that it is their time to get one of their own getting into presidency, hence Munya is the most suitable for that position.

The last group is the one which is preferring NARC Kenya leader Martha Karua and Health Cabinet Secretary Mutahi Kagwe. They are arguing that the two are have experience in leadership and they can make good Deputy President's in the next government. 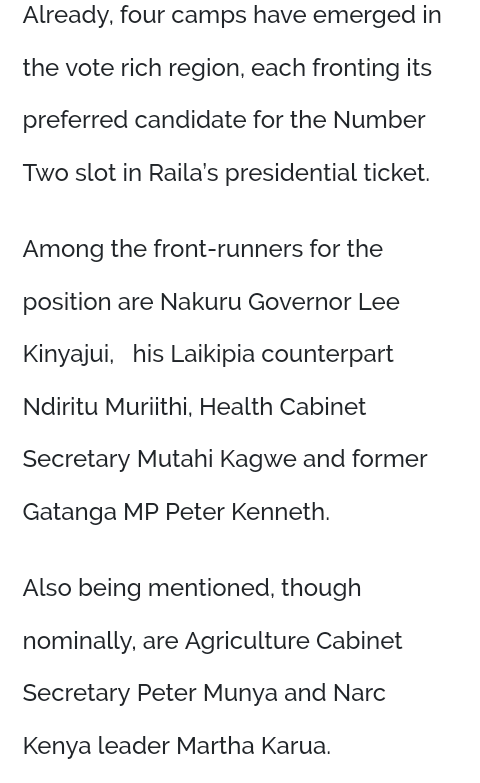