US Elections: List Of US Incumbent President's Who Have Been Defeated In Past Elections

By THECAMERA (self media writer) | 1 year ago 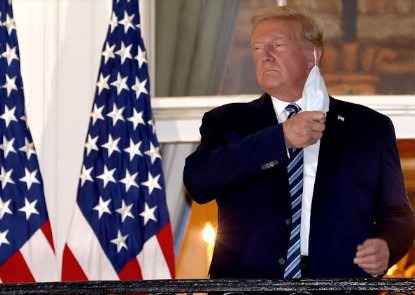 US Elections: List Of US Incumbent President's Who Had Been Defeated In Elections.

Currently, in the history of the United States of America, Donald Trump is the 11th incumbent president to be defeated in a national election. Before him, there are other ten president's but he has now joined the league of the defeated president's. Although Donald Trump's presence on the political scenes could be reignited come 2024, it's a matter of wait and see on how the card's will be played on the United States.

The other United States onesie yes include;-

1) John Adams - He served between 1797 to 1801. He was the first vice president and the second president. He was a federalist and was defeated by a Democrat Thomas Jefferson.

He served between 1825 and 1829 and he was defeated by Andrew Jackson.

Served between 1885 to 1889 and lost the elections to Benjamin Harrison.

He only served for one term just like his predecessor Grover. He served between 1889 and 1893.

He was defeated by Woodward Wilson in 1912.

He lost to Jimmy Carter.

He lost to Ronald Reagan.

Raila Lights Up the Internet as He Shares Photos of Him in Casual Wear, Sends a Message to Kenyans