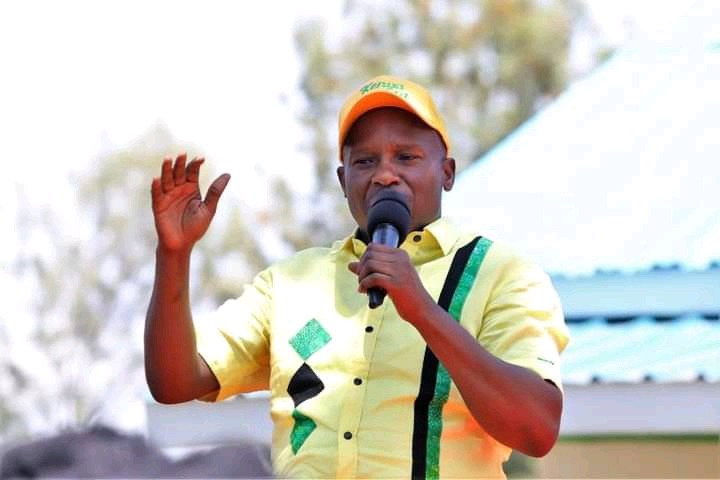 The more the sun rises and sets, the closer the country gets to the much anticipated August 9 polls and as scheduled, Azimio La Umoja-One Kenya Coalition party leader Raila Amollo Odinga will lock horns with his United Democratic Alliance (UDA) counterpart William Ruto a duel whose finality will give Kenyans their fifth president.

With the D-day vastly beckoning, the common asked question remains; who between the aforenamed duo will trounce the other? Will it be Jakom or Samoei? Whereas time will make known this fact, Tharaka Nithi senator has made a prediction citing that the coveted presidential crown will go to none but the self-proclaimed chief hustler. 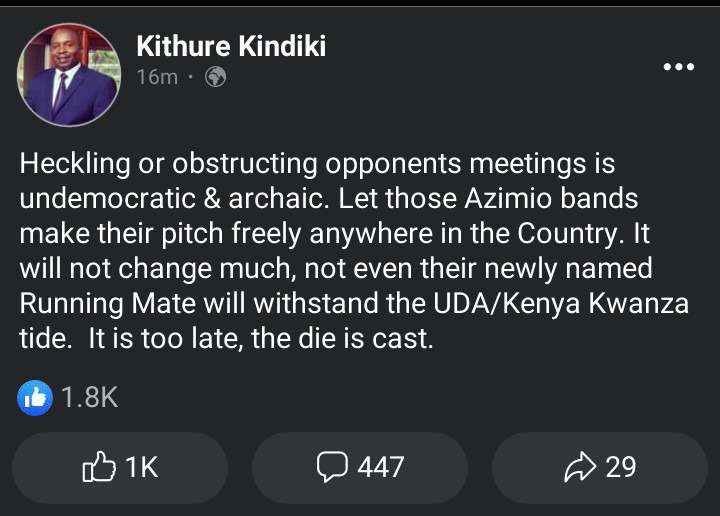 According to Kithure Kindiki, DP Ruto is the earlier bird which has already caught the worm and all that is remaining is for the latter to be crowned the title. Through his official Facebook page, Kindiki downplayed the chances of Raila raising a wave to counter Ruto's. 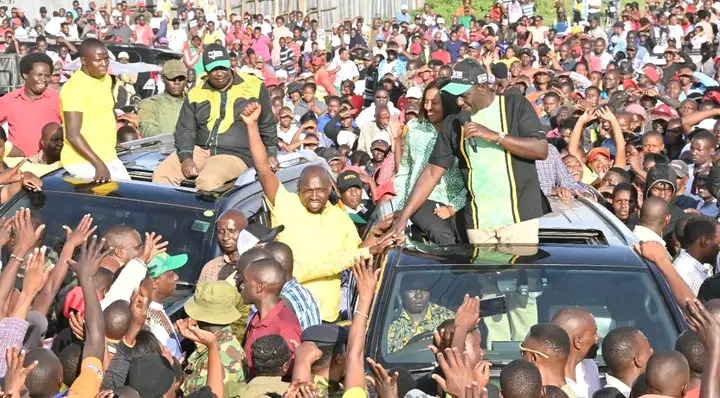 Will Kindiki's pro-Ruto prediction come to pass? Oh well, Amani National Congress (ANC) leader strongly believes so, addressing members of public on Sunday evening at Kabarnet, Baringo county, Musalia Mudavadi called Raila and team to brace themselves for a rounded beating citing that the veteran has no chance of having his name written alongside Jomo Kenyatta, Daniel Moi, Mwai Kibaki and Uhuru Kenyatta. 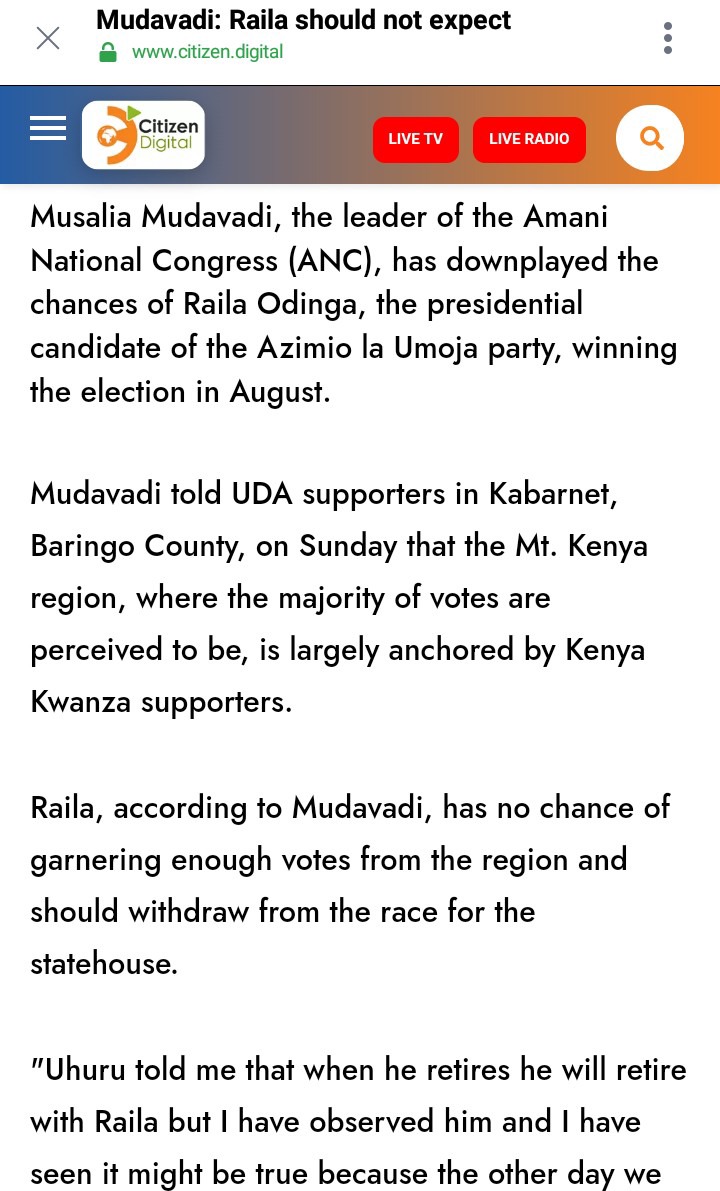 Raila is presently racing against time to outdo William Ruto in Mt Kenya region, the veteran has since casted his lots on Narc-Kenya leader Martha Karua who he believes will help him to whittle down Ruto's influence, will they succeed? Oh well, MaDvd thinks otherwise.