Bungoma Gubernatorial seat race in 2022 will be hot if the following MP join the race.

By Murutu (self media writer) | 4 months ago 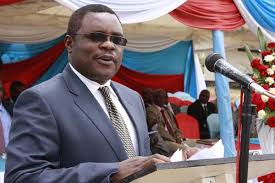 In Bungoma county, the Gubernatorial seat was first held by the current Senate Speaker Hon. Kenneth Lusaka. In 2017 general elections, Lusaka was defeated by the current Governor Hon. Wycliffe Wafula Wangamati. Lusaka was defeated because of the wheelbarrow scandal that affected his campaign strategies. In addition to that, Hon. Wangamati received support from Ford Kenya party and the current Bungoma county Senator Moses Masika Wetangula who is very influential in the county. 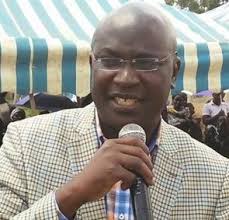 The fallout between Wangamati and Wetangula has greatly changed the political environment in the county. The chances of Wangamati to retain the seat are now minimal due to his poor development records. Kenneth Lusaka has not declared directly that he will be vieying for the post but some citizens from Bungoma county have already started to mention his name as the only one who can liberate the county from poverty. If Lusaka will join the race, then other aspirants will have to pull up their socks.

ODM's Rock? What Lawyer Ahmednassir Has Said About Atwoli After Sunday's Meeting at Ildamat Home