By Jakorayo (self media writer) | 9 days ago 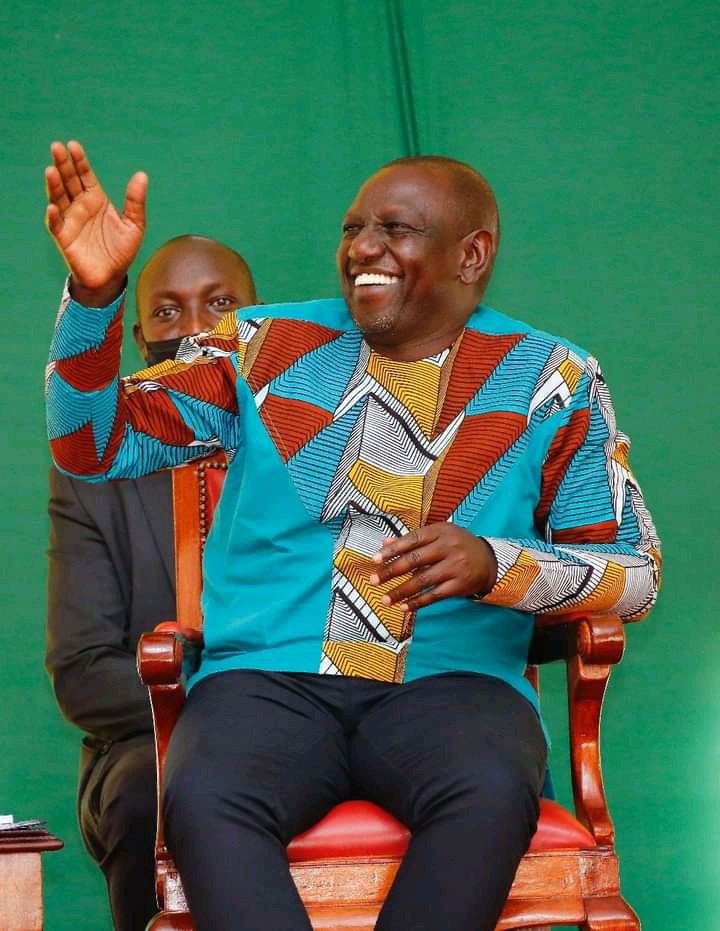 The Deputy President Dr William Ruto have developed a new strategy that will help him clinch to power when the term of President Uhuru Kenyatta will come to an end on August next year. He has been on numerous trips across the country in an attempt to woo electorates.

He has been on records telling his followers that his government will take interest of the common man popularly known as hustler if elected the fifth president.

The second in command have today caught the attention when a video of him and peasant farmer engaging in a conversation at Karen residence emerge. While sharing a screenshot of the video, his spokesperson Dennis Itumbi stated that he (Ruto) held a discussion with Michael Kamau who ails from Murang'a county. 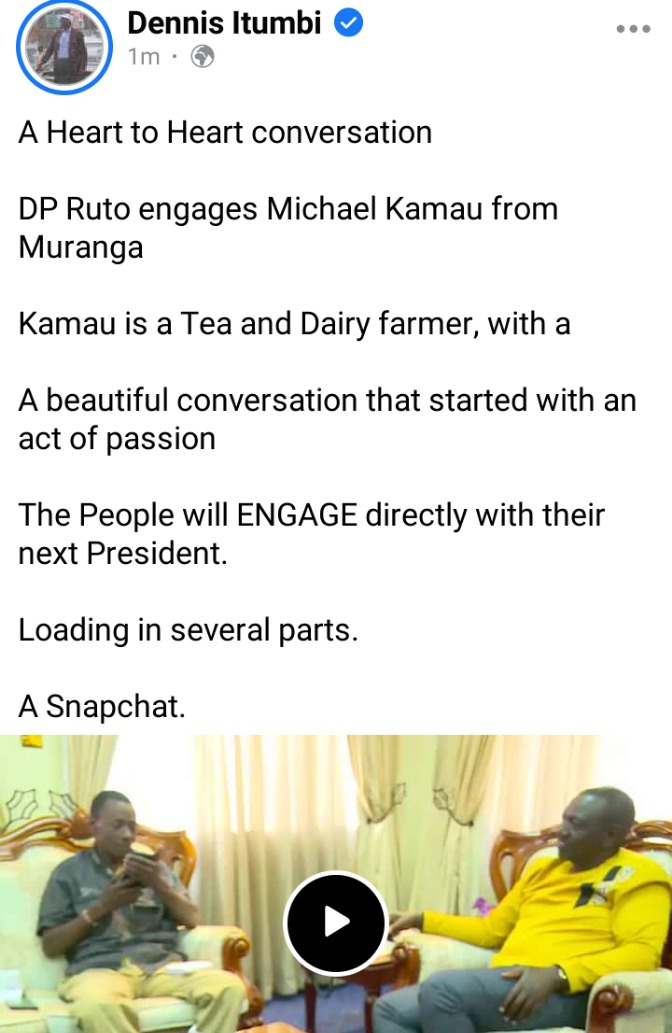 Kamau, according to Itumbi, is a tea and dairy farmer who depended on his farm produce for survival. This resonates well with DP's hustler narrative where he says on a numerous occasions that he started as a chicken seller.

The DP is trying everything possible to lock out ODM leader the Mt Kenya region, a region perceived to be the controller of election results due to their higher number of population.