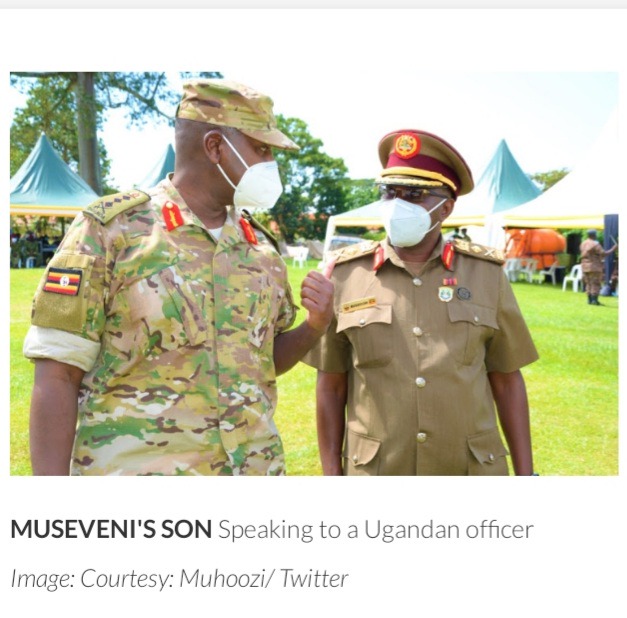 Other posts also said that Muhoozi, alongside his President Museveni were airlifted to Nairobi Hospital after testing positive to severe COVID-19 infectious disease.

However, General Muhoozi who is the commander of the land forces in Uganda has broken silence and dismissed the death allegations.

In a post on Twitter handle, Muhoozi noted he is in good health and kicking, uploading a photo of himself while on official duty.

When the reports on his death filled social media platforms, journalist Allan Kasujja reached the first son of President Museveni to establish if he was doing well. 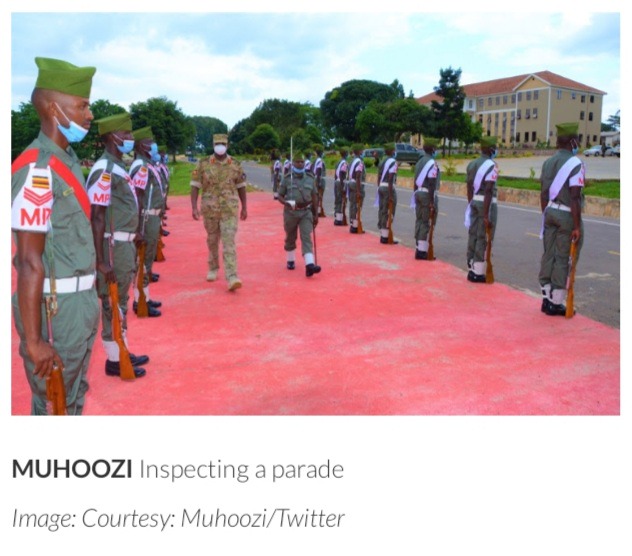 "Yesterday I got the news that @mkainerugaba was sick, was about to die and was airlifted to a hospital in Nairobi, Kenya. I tried call him. He never responded. I woke up and got 2 missed called from him. I responded back. Muhoozi said he is busy waiting to resume his new roles this week," wrote Kasujja. 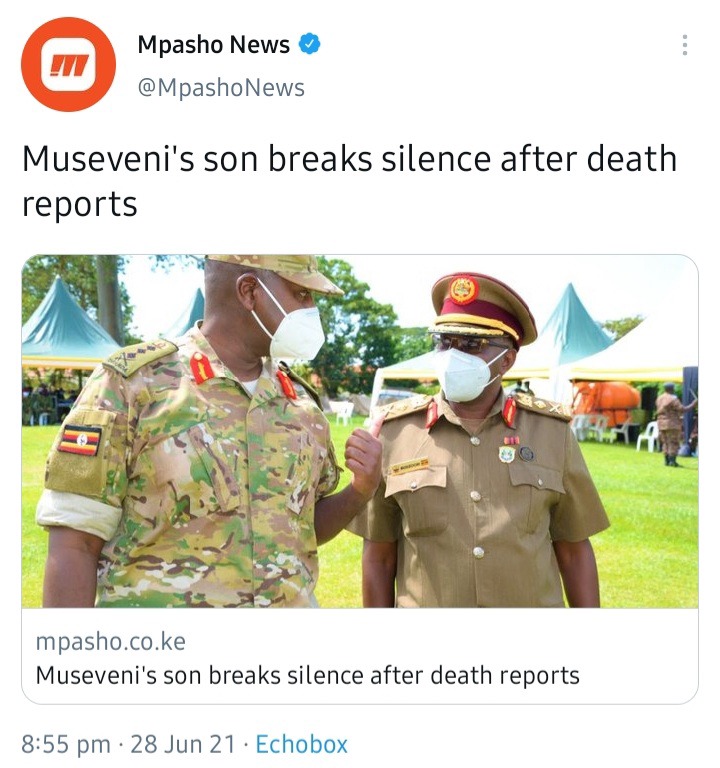 Also, General Yoweri Museveni silenced his critics when he uploaded a post on his Twitter handle on Sunday, with photos and his wife commissioning the World Health Summit Regional meeting at Speke.

Governor Nyongo and Kagwe in Mourning

Enough of These Health Complications. Eating Carrots Regularly Will Help You Achieve This

'Walimu Wamekaliwa'. Here is The Burden Teachers Will Go Through Until January, 2023