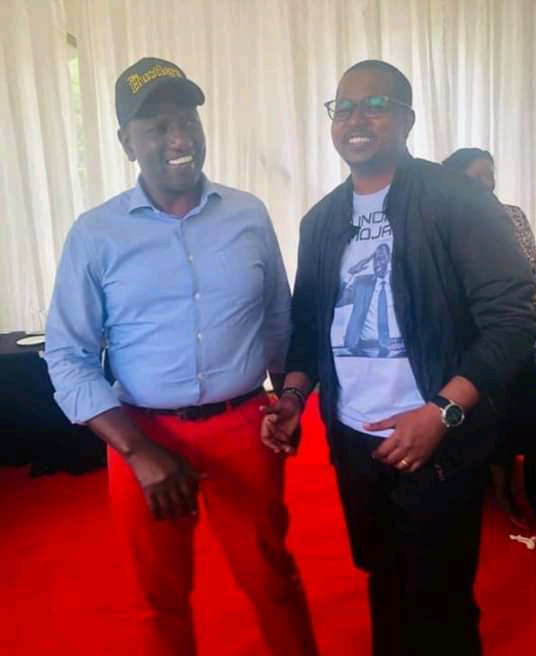 In a photo that has left Kenyans guessing his next move,Sakaja's personal assistant David Njoroge spotted in Ruto's events has elicited an online debate.

Sakaja's personal assistant in the photos that has gone viral in social media is seen having a lively conversation with smiles and laughter.

Nairobi Senator Johnson Sakaja who resigned from the Senate Ad hoc committee after being caught red handed violating covid-19 rule has been under attack by Uhuru's allies. 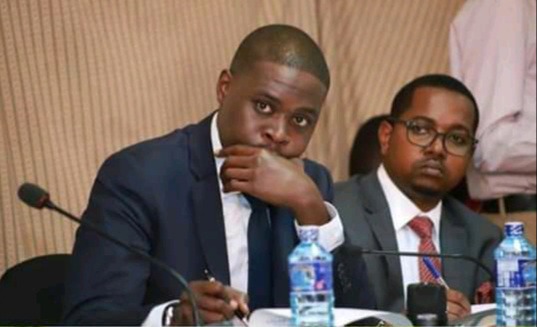 The Kieleweke faction believed to be pro-Uhuru have gone ahead and accused Sakaja to be Ruto's mole.

Below are some of the reactions by netizens;

Ortiz-Those are all tumbocdrats..they will do anything to satisfy their stomach

Elvis Bulls -If you can't fight them, you better join them

Kirpno Aron - He might be the next governor Nairobi

Kibet Too -there're so many people out there waiting for parliament to be dissolved.hustler nation is a movement.it's real tsunami

Nyeri: Shock After a Teacher Beats up a Class 8 Pupil And Leaves Him With an Injury in His Privates