Former prime minister Raila Odinga has refuted the claims that he will not accept the results if he's not announced as the presidential winner in the coming general election. 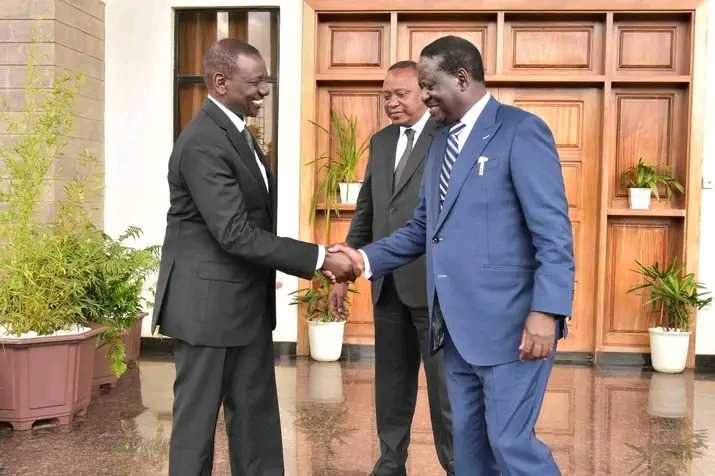 Speaking during an interview, ODM party leader who was with his running mate Hon Martha Karua announced that he will concede defeat in case majority of Kenyans vote in favor of his main competitor and even Congratulate the winner.

"I am a sportsman between me and him (Deputy president William Ruto). And I know asiyekubali kushindwa si mshindani. So, I will easily concede defeat and Congratulate the winner" said Hon Raila Odinga. 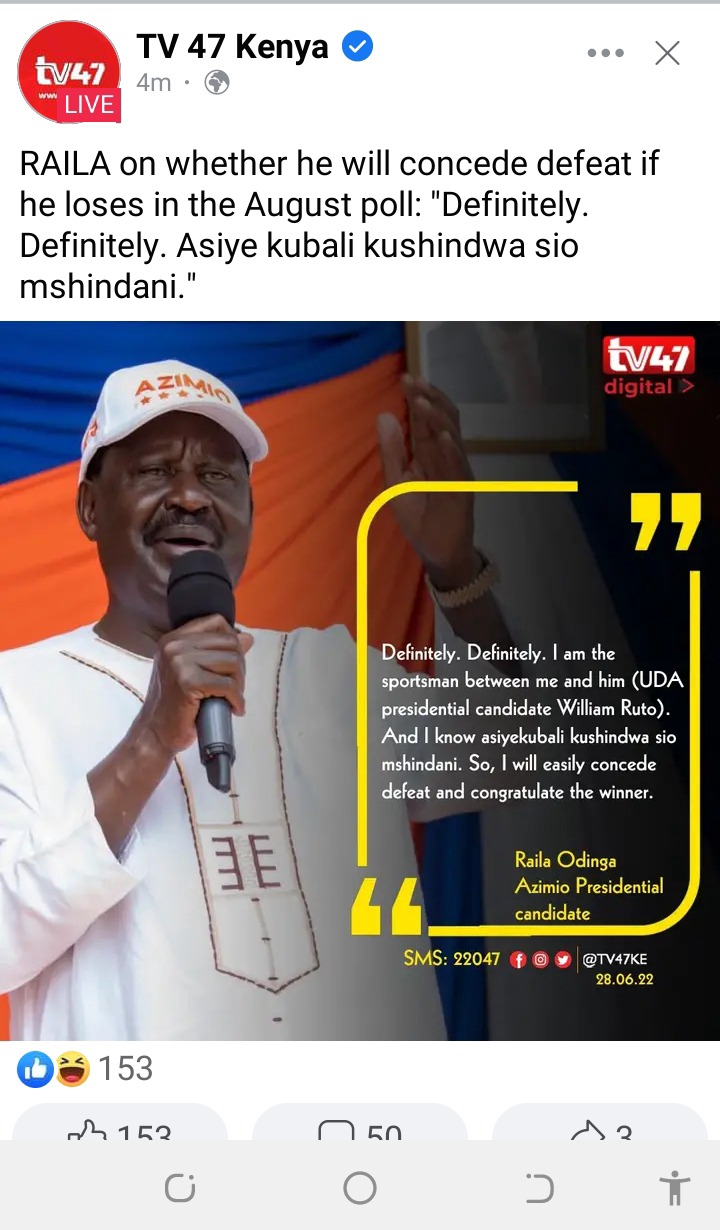 He is facing stiff competition from deputy president William Ruto who also enjoys a massive support in the country. Ruto has been claiming that Deep state is planning to steal votes in favour of Raila Odinga, but has assured kenyans that nobody will succeed in stealing his votes.

In the previous general election, former prime minister Raila Odinga and president Uhuru Kenyatta were the leading presidential candidates. Uhuru Kenyatta was announced as the winner but ODM party leader failed to accept the results, he moved to court and former Chief Justice David Maraga ordered IEBC Chair Hon Wafula Chebukati to repeat presidential election. This was done but Raila Odinga stepped down from the race. 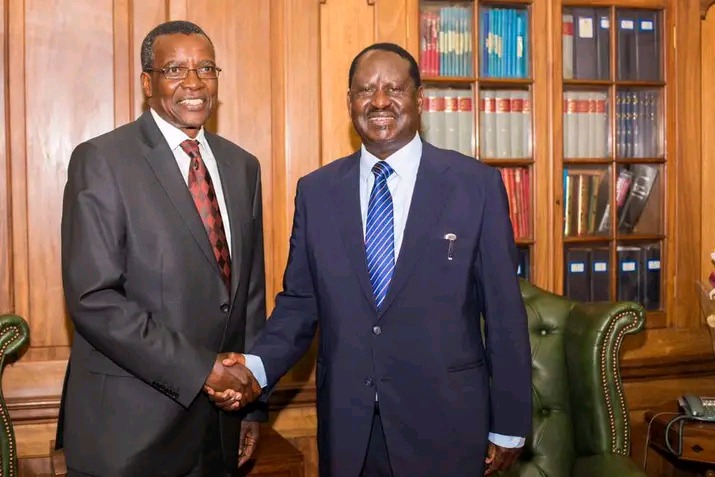 Provisional Presidential Results As At 8:01 PM, According To NTV.

Preliminary Presidential Results By NTV As At 19:40 PM Wednesday Puts DP Ruto Ahead of Odinga