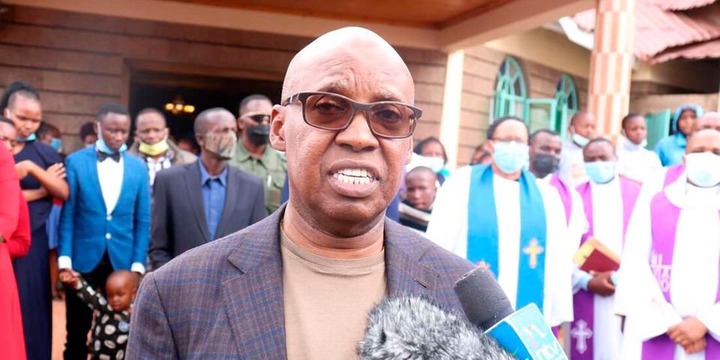 Renown kenyan businessman Jimmy Wanjigi, a former ardent supporter of Orange Democratic Movement (ODM) party leader Raila Odinga in previous general elections is a man who has been on media headlines for the last one day or so.

The businessman who intends to contest for the presidency this year on the ODM party ticket has witnessed heavily armed police officers surround his Westlands premises since yesterday.

Today, he was arrested by police officers over alleged fraudulent acquisition of land in Westlands, Nairobi county. This has led to serious public debate.

And now, the latest senior political leader to join the debate is Elgeyo marakwet county senator Kipchumba Murkomen who has come out to finally break his silence and name two people whom he thinks are to blame for Jimmy Wanjigi's tribulations.

According to him, ODM party leader Raila Odinga has allegedly joined forces with president Uhuru Kenyatta to frustrate Wanjigi whom he describes as a good man to both Raila and Uhuru. 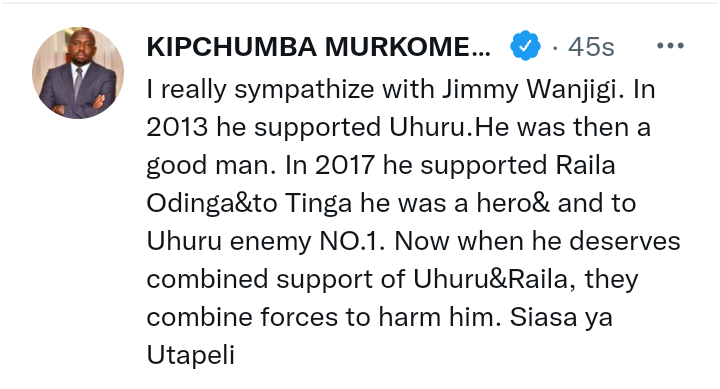 " I really sympathize with Jimmy Wanjigi. In 2013 he supported Uhuru. He was then a good man. In 2017 he supported Raila Odinga and to Tinga, he was a hero and to Uhuru - enemy number one. Now when he deserves combined support of Uhuru and Raila, they combine forces to harm him. Siasa ya Utapeli," he stated.

Chipukeezy Reveals The Amount of Money He was Paid in USA for Performing for 10 Minutes.

I Will Never Seek Your Support, Millie Odhiambo Says In Night Post, But Who Was She Referring To?

Gachagua; "In Kenya Kwanza No One Was Promised The Running Mate Slot Unlike In Azimio"