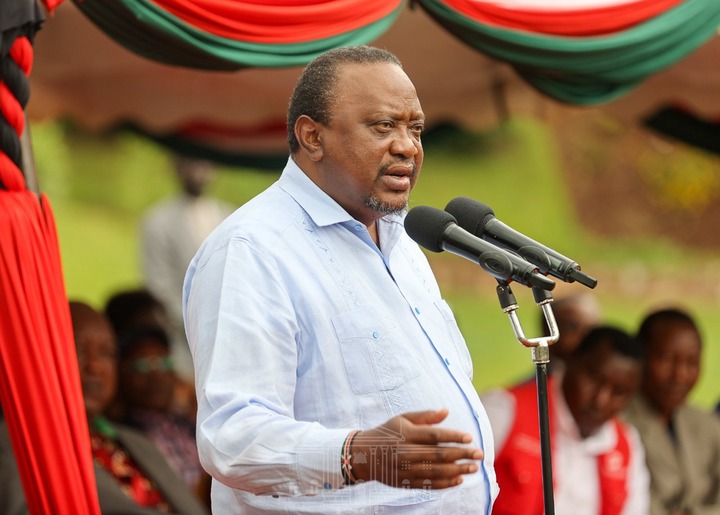 President Uhuru has questioned his Deputy William Ruto on who will he blame in the event he wins the Presidency and fails to deliver to the expectations of Kenyans, as new details emerge.

The Head of State while speaking to all Kikuyu local media stations, he has said that leaders should avoid blaming each other if they have failed directly attacking his Deputy for blaming him over his failure to deliver on his promises.

"Those people blaming me for some things, not in my control, if they take office who will they blame?" President Uhuru has asked, criticizing his Deputy, adding that the main problem with a majority of leaders is that they politicize everything including the fight against corruption making it hard for the country's leadership to deal with the monster.

"The main problem is that we politicize the fight against corruption making it impossible to move forward," the Head of State has added.

The President has continued to State that Kenyans however need to be on the watch on some of those leaders running for office for the sake and that the people are the ones to make the right choices.

According to the President, he has called upon leaders to remain respectful to one another and that they should portray a good picture to the electorates. "There are some who are running for office who we may not always agree but we respect each other. Choose humble leaders who will be driven by helping the people and not leaders with selfish interests who will only think about themselves," Uhuru has said.

President Uhuru has also assured Kenyans that they will be well protected during the voting day and that should any of the leaders be defeated then, they should not incite the public but instead move to court and will be helped.

"Every Kenyan all over the country should know they are safe and protected when they go out to vote and after the elections. To all political aspirants, if you feel aggrieved with election results, please go to court and not to the people," the President has said.