Revealed: Gideon Moi Is The Second Most Guarded Person In The Countfy After Willian Ruto

By wasalie (self media writer) | 3 months ago

The ongoing debate in the country about the number of security officers allocated to politicians and Very Important Persons (VIP) is still drawing mixed reactions. 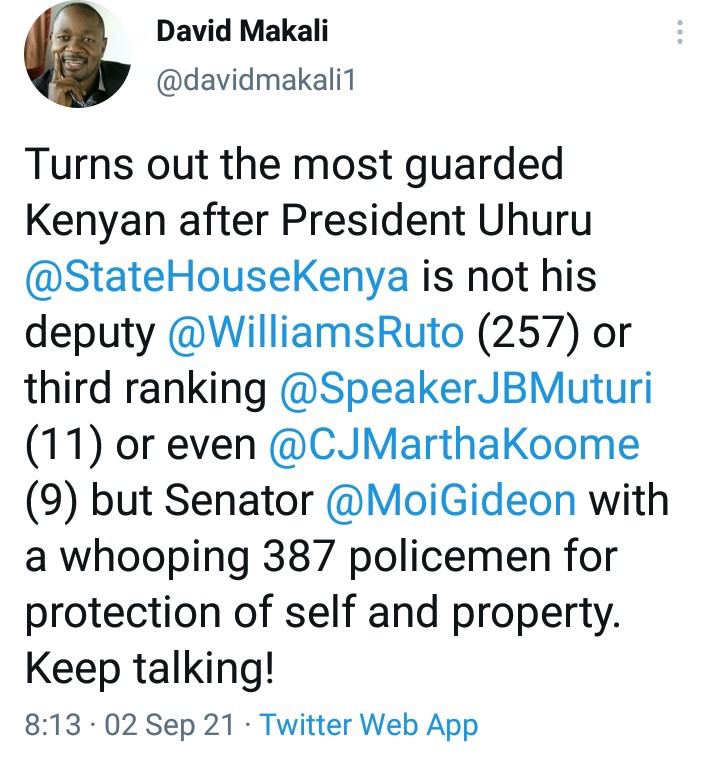 Makali who was a former journalist and political commentator at citizen Tv wants Kenyans to keep on discussing about this topic in order to get clear answers as he revealed number of officers guarding the Baringo senator.

"It is Senator Moi Gideon with a whooping 387 policemen for self protection and property" he said. 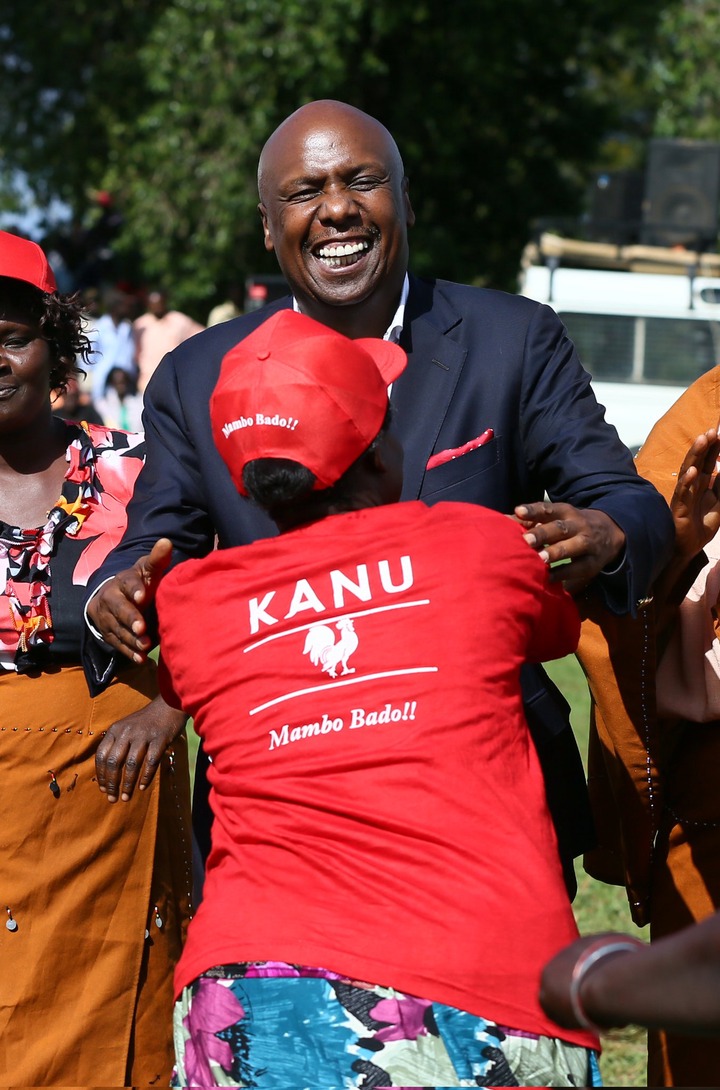 Others who were mentioned in Makali's tweet include the Amani National Congress (ANC) party leader Musalia Mudavadi and the Wiper leader Kalonzo Musyoka with each having 34 police officers assigned to them and their properties. 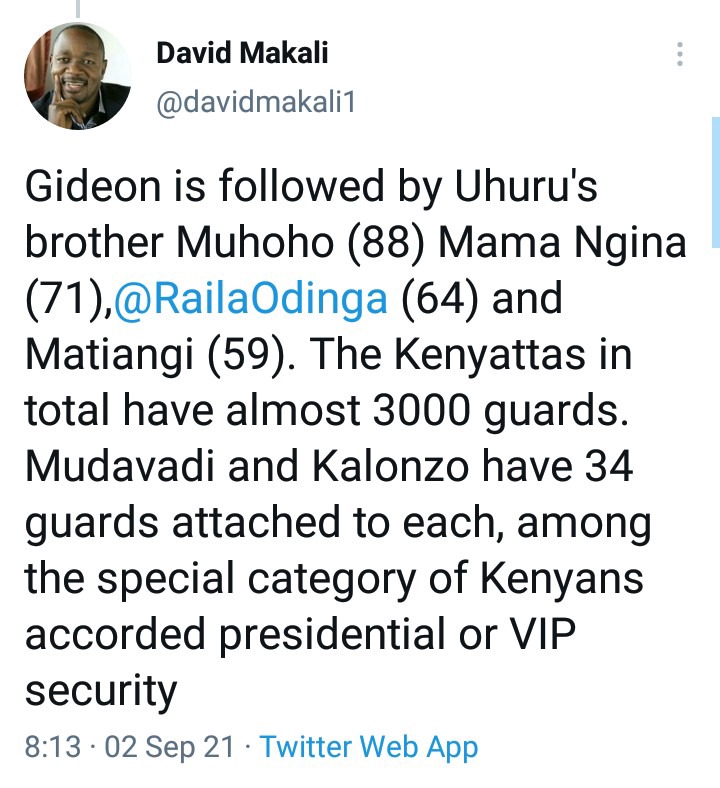 According to Makali, the former prime minister Raila Odinga has 64 security officers attached to him despite not holding any political office.

There has not been any claims so far to debunk Makali's tweet however we shall update you invase of any complaints from the mentioned politicians, Keep reading.