"Amekusaidia Sana" Malala Advices Pres. Uhuru on Which Presidential Aspirant He Should Back [VIDEO]

Kakamega senator Cleo Malala has urged President Uhuru Kenyatta to return the favor and support of the presidential aspirant in 2022. 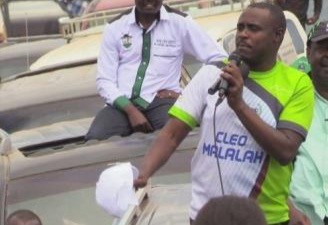 Malala who has been in the recent days criticizing Orange Democratic Movement (ODM) leader Raila Odinga, has told the head of state President Uhuru to back ANC leader Musalia Mudavadi.

The vocal politician has said that Musalia is the only politician that stood with the President in 2002 when he was running for the top seat which cost him his Sabatia Parliamentary seat.

He has further claimed that the ANC boss has been in support of President Uhuru's government since 2017 despite shortchanging him in the 2013 election.

"Hon Musalia has supported your ambition when no one else believed in you, it's time you return the favor." Malala has said as he advised Uhuru on who to back in next year's presidential election. 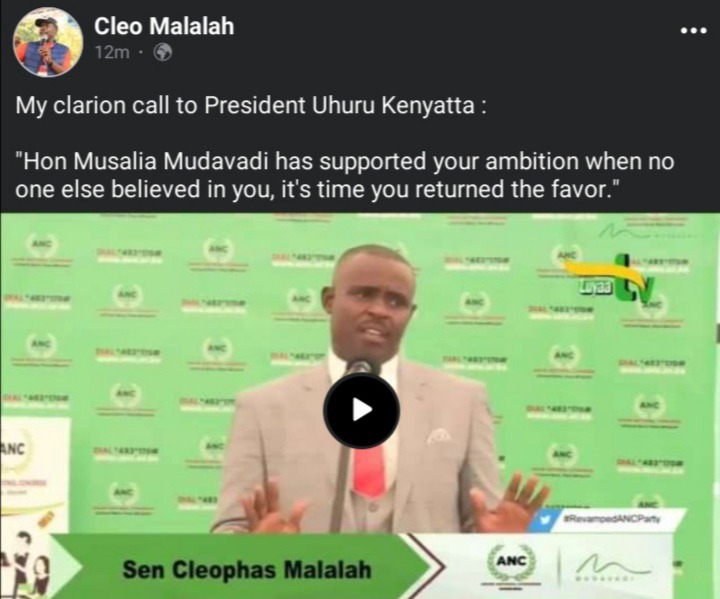 Malala's sentiments have sparked mixed reactions among Kenyans on social media as seen below; 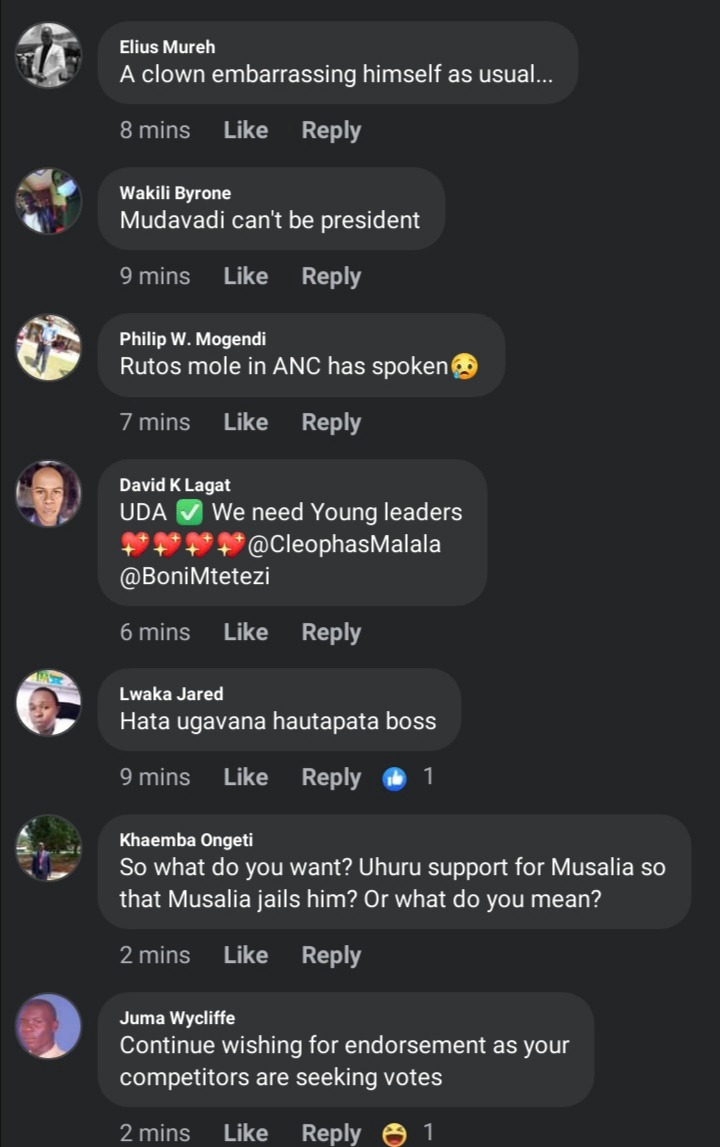 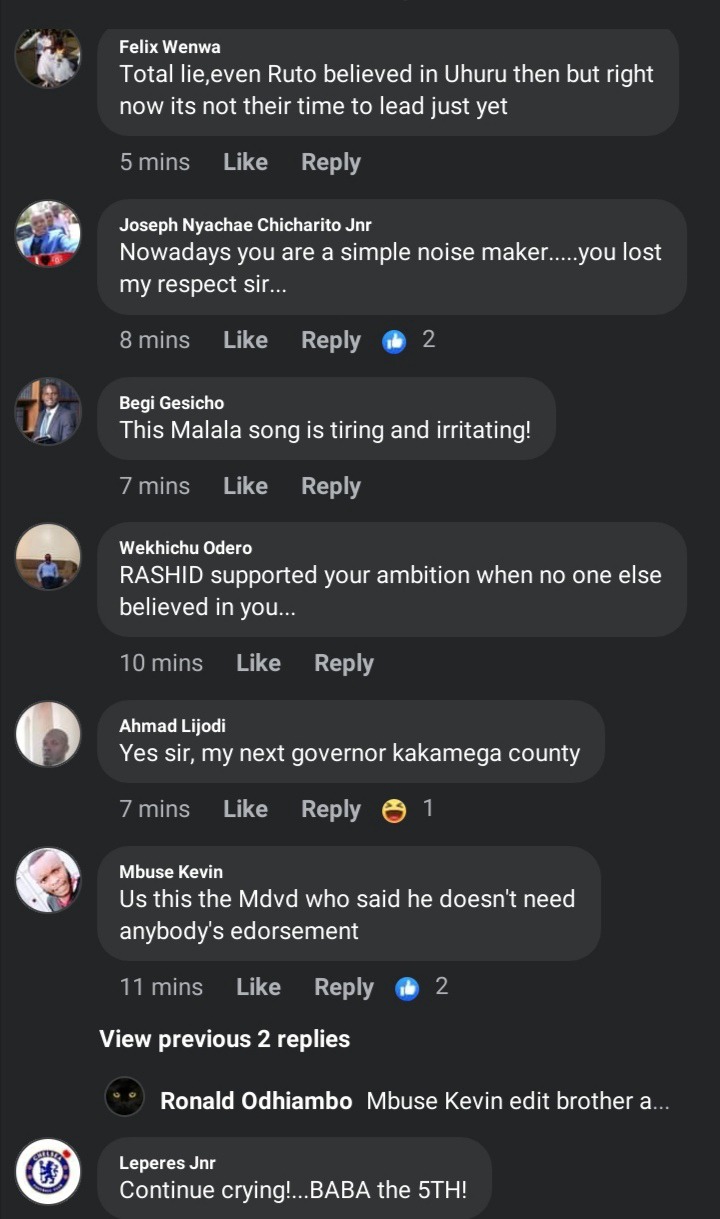