Huge Blow To Jubilee As Governor Lee Kinyanjui Acquires Own Party Ahead Of 2022.

By SiasaLeo (self media writer) | 14 days ago 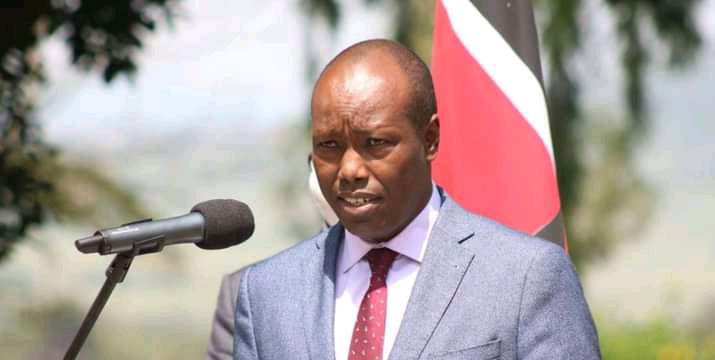 The governor is reportedly planning to use the newly acquired party to back ODM boss Raila Odinga's presidential bid at the same time it will be his future political home.

The party leader of UPF is Samuel Kinya Rukahu, however, it belongs to the first term Nakuru governor

According to sources, UPF was formerly known as the Citizens Convention Party (CCP) before the name was changed according to a Registrar of Political Parties’ notice.

“In exercise of the power conferred by section 20 (i) (e) and (ef) of the Political Parties Act, 2011, the Registrar of Political Parties gives notice that Citizens Convention Party (CCP) intends to change its party particulars,” the statement from the registrar of political parties read in part.

The reports come barely days after Kinyanjui openly critisized Jubilee party's leadership over the nomination of late senator Prengei's replacement. Kinyanjui follows Kirinyaga governor Anne Waiguru who already declared she will not be defending her seat on Jubilee. 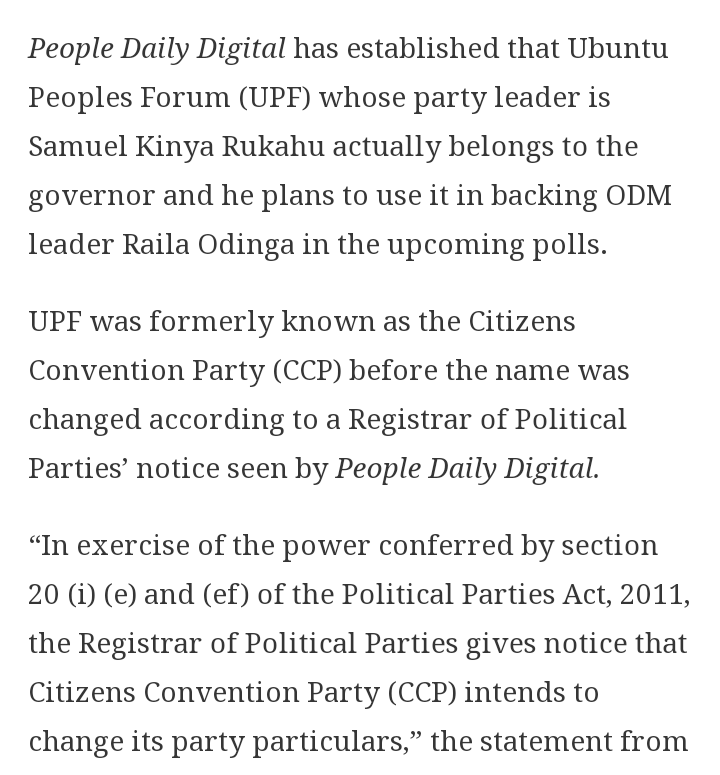 He Had Registered all Her Assets in His Name: New Details on Agnes Tirop's Wealth Emerges