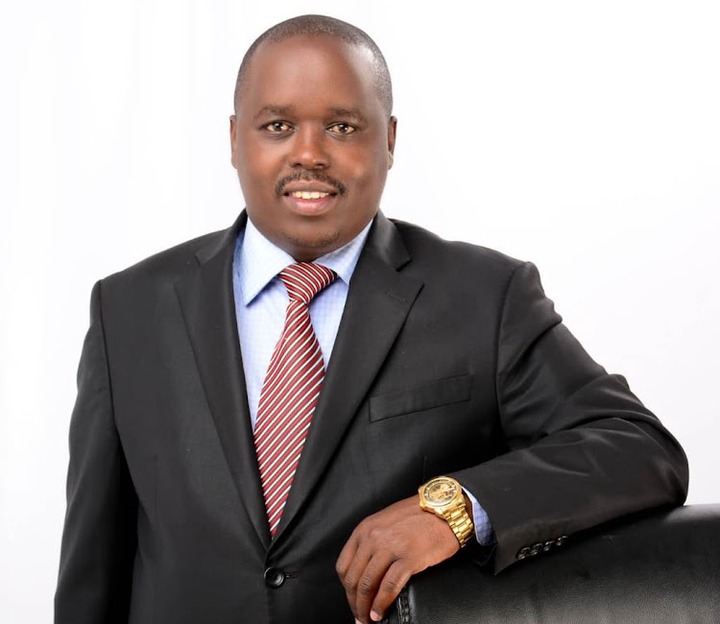 Alex Tolgos, Former Elgeyo Marakwet Governor has stated that he will not be among those eyeing to succeed Senator Kipchumba Murkomen after President William Ruto nominated him as a Cabinet Secretary.

Murkomen was among other 21 cabinet nominees whose named were made public by the president last week and are awaiting vetting and approval by the National Assembly before formal appointment.

Tolgos who gave Murkomen a run for his money in the August 9th elections under the Jubilee party, has said that he will support however will be elected for the sake of the residents of Elgeyo Marakwet.

As quoted by the Star, Tolgos revealed most of his supporters have been pushing him to contest, but noted that he will not be on the ballot during the by-election once Murkomen resigns, and IEBC announces the post. 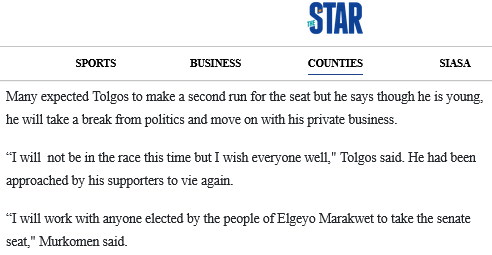 "I will not be in the race this time but I wish everyone well."

More than 30 aspirants have expressed interest for the position, with some of the notable names being Former Marakwet West MP William Kisang, Former speaker Albert Kochei, Activist Jerotich Seii, Tim Kipchumba with allies of the Former Keiyo South MP Jackson Kiptanui hinting that he will also be seeking the seat.

Speaking over the weekend, Murkomen who was nominated as Transport and Infrastructure CS said that he was not going to endorse anyone, and will work with whoever will be elected.