Itumbi Identifies Powerful Politician Who Uhuru, Raila Should Back for Presidency After Infighting 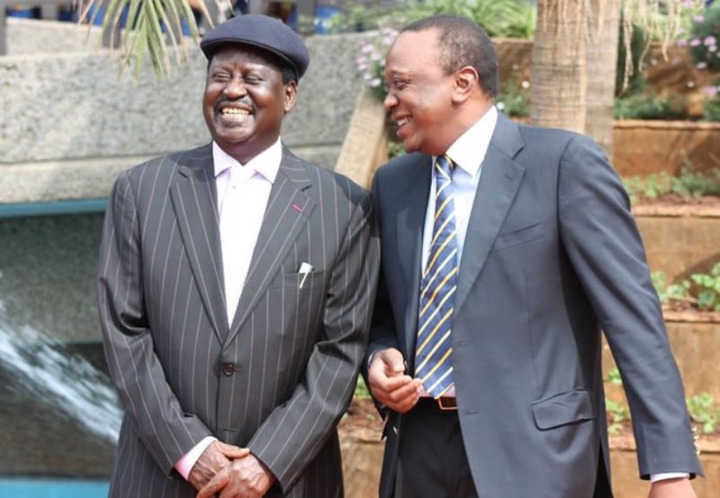 It has not been easy after President Uhuru Kenyatta and ODM leader Raila Odinga met with a few other top leaders and many claimed they plan to work together come 2022.

With each leader having a different plan for 2022, there have been a number of disagreements after the meeting between President Uhuru, Raila, Musalia Mudavadi (ANC), Gideon Moi (Kanu), Kalonzo Musyoka (Wiper), Charity Ngilu (Narc) and Moses Wetang'ula (Ford-Kenya).

Digital Strategist Dennis Itumbi has however named one politician who should be supported to go for the country’s top seat in order to prevent future disagreements.

Itumbi who is an ally of Deputy President William Ruto was reacting following the front page of Wednesday’s Daily Nation newspaper revealing that Uhuru took action after the recent infighting witnessed between the leaders after their meeting.

In the newspaper, it revealed that Uhuru told the leaders of the six political parties that came together for a particular goal to stop fighting one another and work together.

Itumbi however in reaction told the leaders to support Gideon Moi come 2022 and have one candidate to prevent them from fighting again in the future. 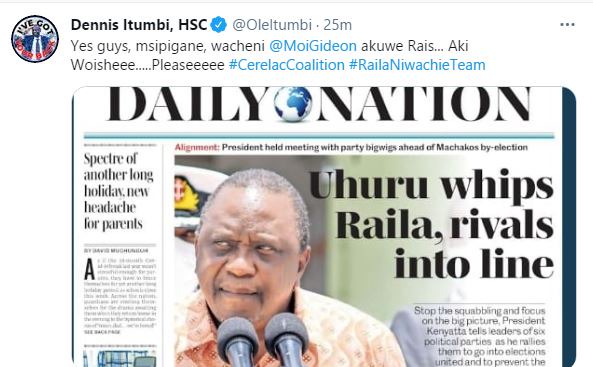 But as succession politics gain momentum, the leaders attacked one another as they exchanged words with some wanting Raila to shelve his presidential ambitions and support one of them.

And on the Raila side, his team claimed there was an alleged plot by Uhuru’s allies to sabotage his handshake with the President in a bid to deny him a chance to succeed Uhuru.