Political heat in the country has continued to intensify as clock is ticking towards the the August general elections. Kenyans will use the 9th August to elect leaders of their choice and vote out the once they feel under performed. Elections will be conducted for six positions that is Presidential seat, Gubernatorial seat, Senate position, woman Representatives, members of Parliament and members of county Assembly.

Some of the Governors who had not completed their terms have declared their interests in defending their seats. Among these governors, they're some who might not be successful in retaining their positions. The following are some of the incumbents who are likely to lose to their opponents. 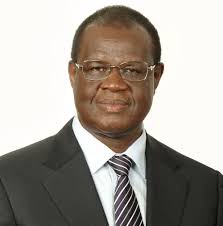 Lee Kinyanjui is the current Governor for Nakuru county who secured the position in 2017 in the highly contested election using Jubilee party ticket. After the fallout between President Uhuru Kenyatta and his Deputy William Ruto, most of Mt Kenya and Riftvalley leaders decided to abandone the president and joined William Ruto in his newly formed UDA. However, Governor Lee decided to remain on the president's side. Currently Nakuru county is solidly behind William Ruto and UDA is the popular party in area. This shows that UDA candidate for the Gubernatorial seat Hon. Susan Kihika has the better chance of winning the race. 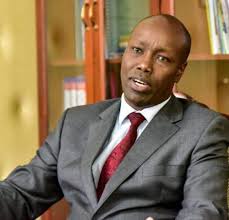 He is the current Governor for Kiambu County. He occupied the seat after impeachment of the former Governor Hon. Ferdinand Waititu. Nyoro will contest for the seat using Jubilee party ticket. He will face competition with UDA candidate Hon. Wamatangi, CCK candidate Hon.Moses Kuria and Tujibebe Wakenya party leader Hon William Kabogo. Incumbent Governor James Nyoro may not win the following election because of the party he is vying on. It is said that Jubilee party is not popular on the ground and winning a seat using it in Mt Kenya will be a night mere. If Nyoro is not careful then he might lose to UDA candidate who is the current Senetor Hon. Wamatangi. 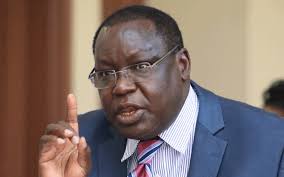 Other incumbent Governors who might not manage to defend their seats include John Lonyangapuo of West Pokot, Kiraitu Murungi of Meru and Hillary Barchok of Bomet. That's my opinion and you can also drop yours on the comments section and don't forget to like, share and follow for more information.

David Ndii: Azimio Has Lost The Celebral Contest, They Are Winning The Trolling War