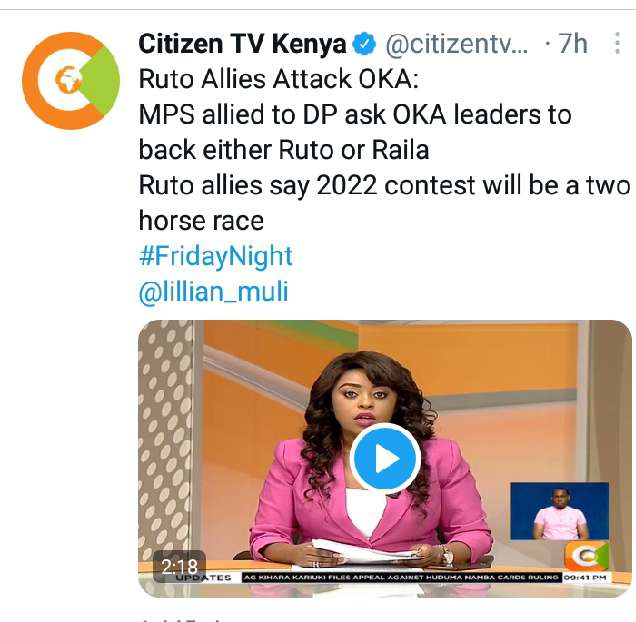 According to the DP allies, they claimed that the wiper party leader honorable Kalonzo Musyoka, ANC party leader Musalia Mudavadi, KANU Gideon Moi and Moses Wetangula are political dead after their conducted a campaign and defeated by an independent candidate which was followed closely with the, UDA candidate.

Lead by Oscar Sudi, the DP allies added that they can' t claim to be vying for presidential seat but in their bedroom they are just being defeated on an MCA seat.

The DP Pointmen agreed that the 2022 is a two horse race between Mr Odinga and William Ruto as they pleaded with OKA leaders to join the two parties. 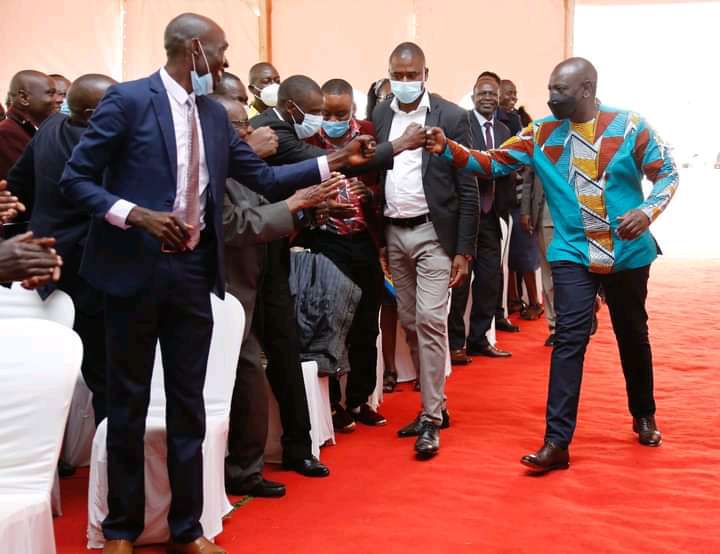 Kimani Ichung' wa too advised Kalonzo and his partners and shelve off their pride and join Raila' s camp before its too late. He admitted that OKA is finished and should therefore should involve in their list of the two men to watch in 2022 polls.

On his part, the DP Ruto added that he can' t compete with leaders being defeated in the seat of MCA as he stated that the OKA alliance is finished and they should rather join Mr Raila Amollo Odinga or Raila Amollo Odinga if their want to survive politically after 2022 polls. 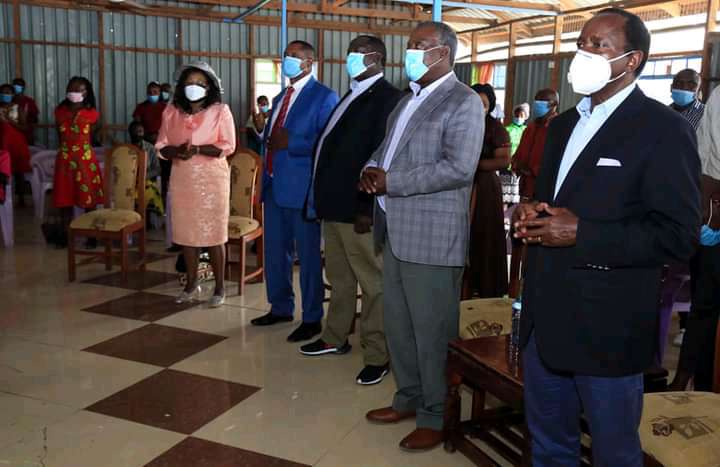 Do you believe that OKA is finished? Kindly share your views and comments on the matter.