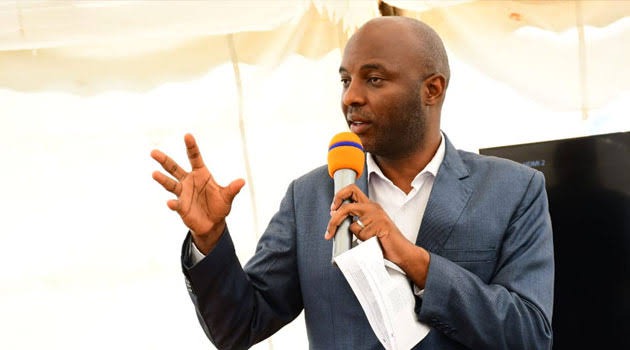 In a post shared on his twitter account, Kang’ata called on Sabina Chege criticizing her for breaking an electoral offence by campaigning for the Jubilee Juja candidate Susan Waititu after the Independent Electoral and Boundaries Commission (IEBC) ended all the campaigns on Saturday, May 15 2021. 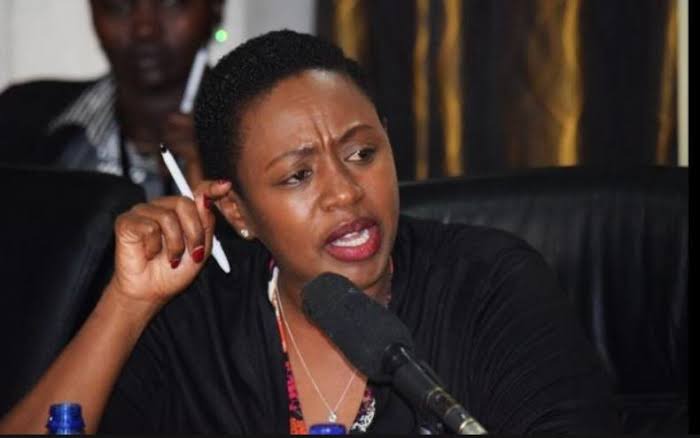 Kanga’ta went further and accused the Murang’a women representative who had been invited by a local radio station for an interview this morning for violating electoral law while questioning her on why she was campaigning for the Jubilee candidate Susan Njeri waititu on a voting day.

“Why is Hon Sabina Women Rep for Murang’a campaigning for Juja Jubilee candidate on Kameme FM while it’s on a voting day?” he wrote. 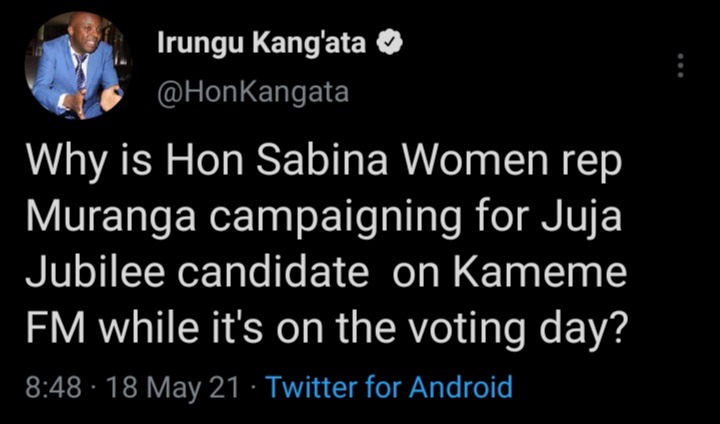 However, following his remarks, a number of social media users flooded his comment box and lashed out Murang’a woman representative for her actions claiming that she was violating electoral laws while some alleged that she was send by the Deep state to campaign for the Jubilee aspirant.

“This is an election offence”, James Njeru commented.

“Sabina is just Sabina. She does not realize that campaigns were concluded on Saturday”, Commented Jeremiah Kamau.

Juja parliamentary seat became vacant after MP Francis Waititu succumbed to brain cancer on February 2012. However, the contest has been shaping up between Jubilee’s Susan waititu who is the widow to the late Member of Parliament and Gatundu South MP Moses Kuria’s People’s Empowerment Party (PEP) candidate George Koimburi.

Below are some of the comments from social media users. 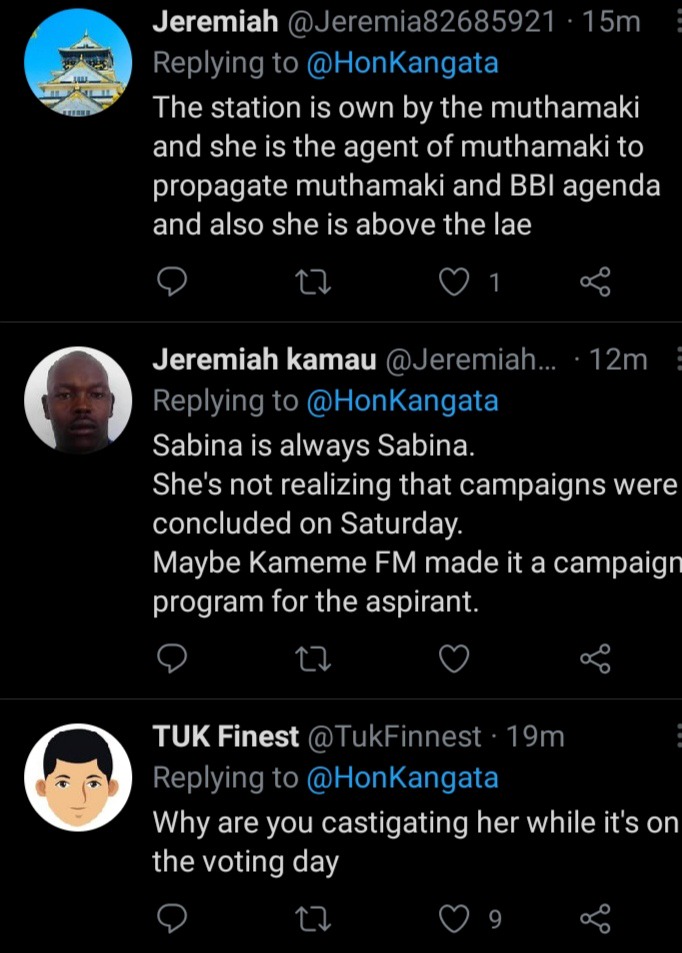 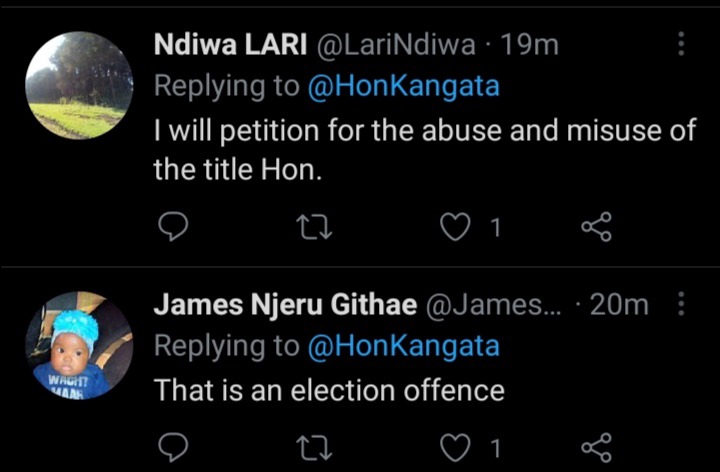