Governors swept the county coffers clean After Commiting huge sums of money to salaries at the expense of development.

In another story, the former prime minister Raila Odinga and Nairobi senator Johnson sakaja are the most popular presidential and gubernatorial aspirants respectively in Nairobi.

This is according to the opinion poll results released by infotrak yesterday in Nairobi. In the senatorial race, Edwin sifuna is the man to beat as Margaret Wanjiru of UDA trails.

In yet another story, the deputy president William Ruto has sensationally claimed that there are many of his supporters in azimio who normally call him at night.

He said that many of them are afraid of being persecuted by the State should they openly support kenya kwanza. 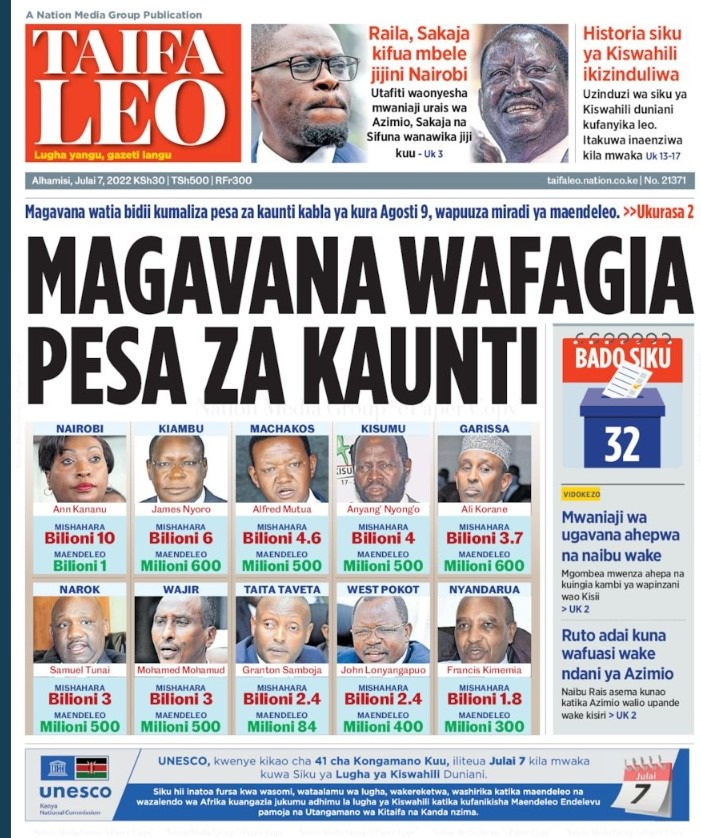 The cost of gas is still high despite the fact that the government has lowered taxes on the products.

Most of the suppliers are yet to respond to the latest development and adjust the prices to benefit the consumers.

In another story, the azimio la umoja coalition led by the former prime minister Raila Odinga has urged the IEBC to come clean on allegations that some politicians from Kenya kwanza are colluding with the commission to rig election.

And finally, politicians have been accused of financing falsehoods in social media accounts to achieve selfish gains. 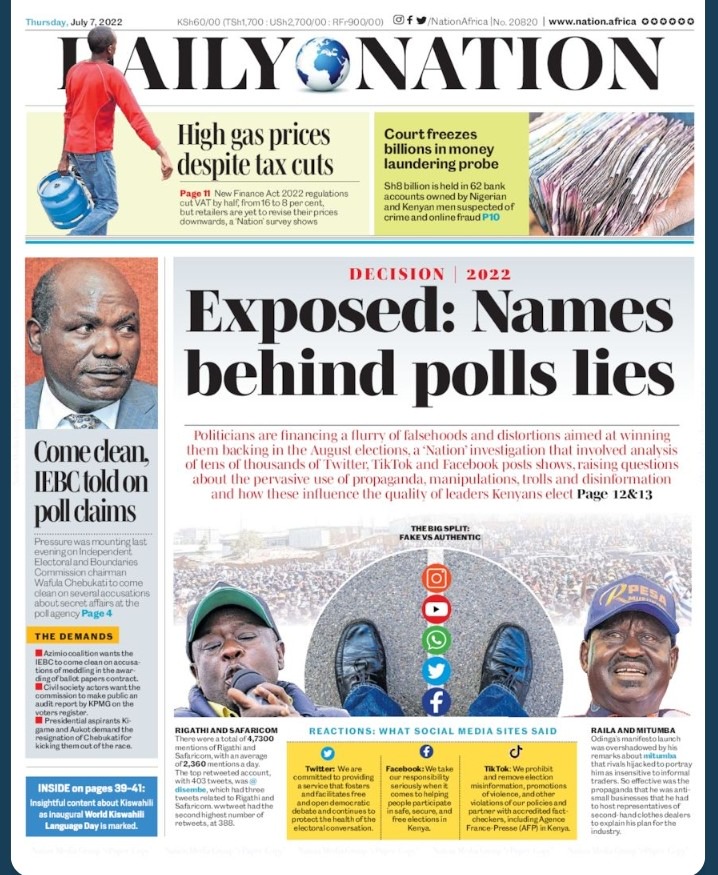 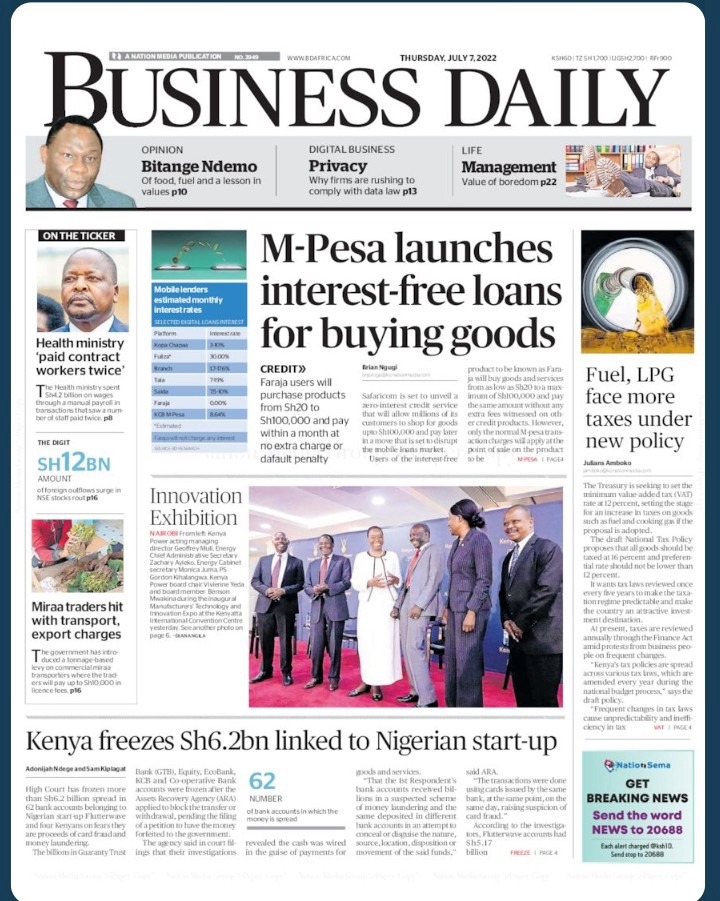 The azimio la umoja coalition has maintained that IEBC must avail manual registers to back up electronic ones in all the polling centers.

On the other hand the independent candidates have given the chebukati- led commission seven days to include them in the ballot.

This casts doubt whether the commission is really ready for the elections that is less than 35 days away. 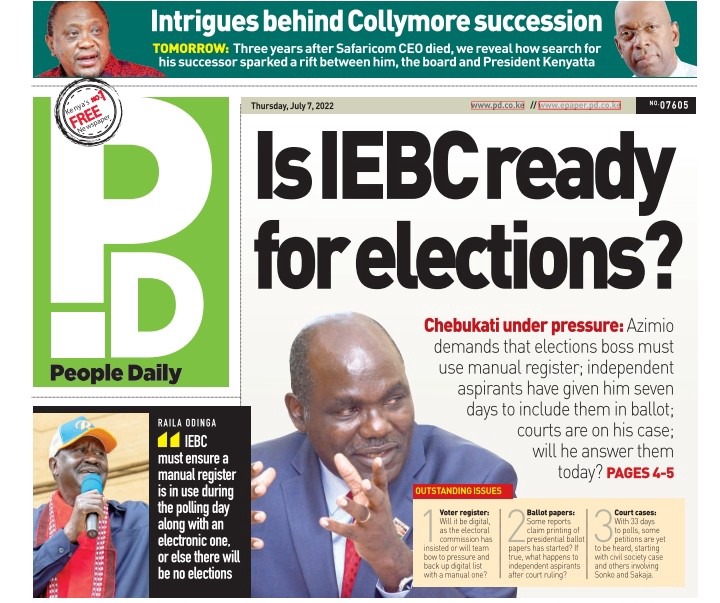 Police are seeking the owner of Bhang worth over a million shiling which was found being cultivated in Eldoret yesterday.

The illegal plant was found planted in a greenhouse like environment. 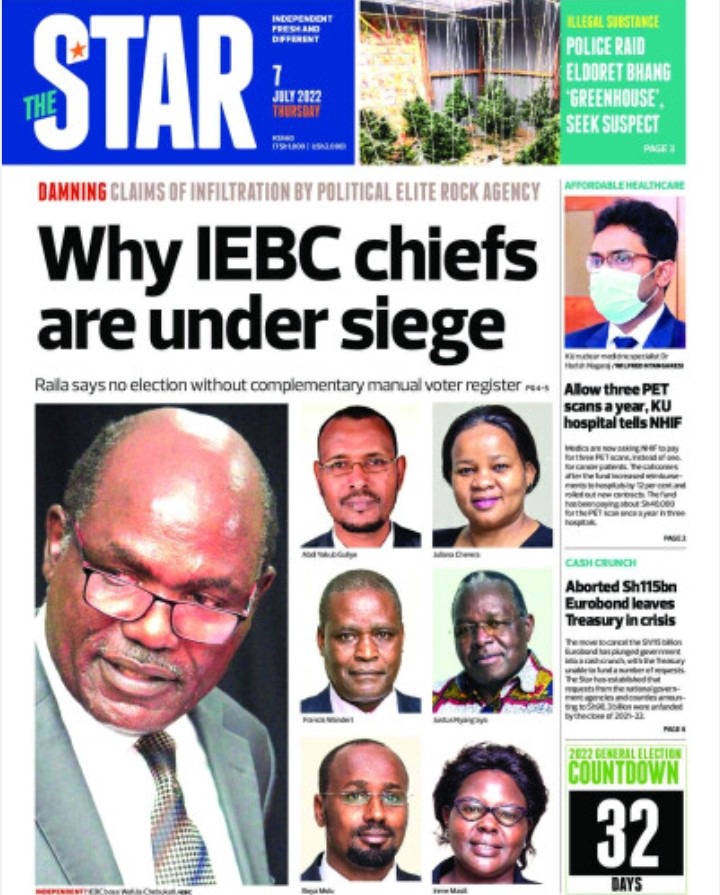 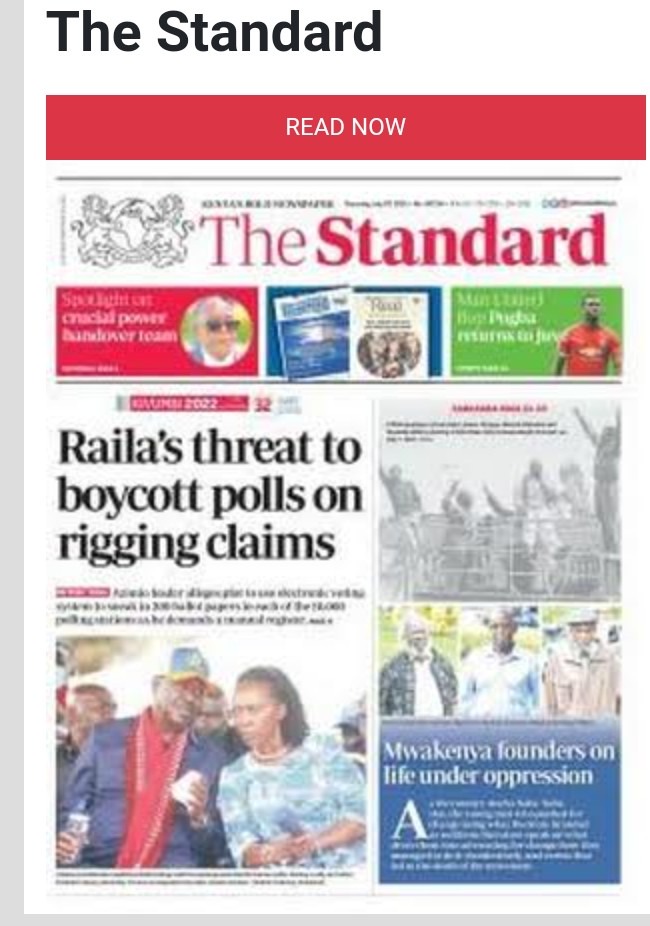 We Do Not Have Money for Repeat Elections, Chebukati Says IEBC is Broke

Ukambani Morning Incident That Has Given Kalonzo A Clear Image On What The Ground Needs Him To Do.