By LIPUANEWS (self media writer) | 1 month ago

Mathira Member of Parliament Hon Rigathi Wa Gachagua has once again exuded confidence that Deputy President William Ruto will sweep the Mt Kenya region come 2022 general election despite the emergence of confirmed claims that Kenya is one of the countries where Deep State operatives are deep-rooted.

Speaking during another exclusive interview with K24 Tv on Tuesday evening, the Jubilee elected Member of Parliament has openly claimed that it's indeed sad that nobody is willing to tell the ODM Party Leader of what has expected him regarding the Mt Kenya region politics, but instead they have chosen to take him for a ride. 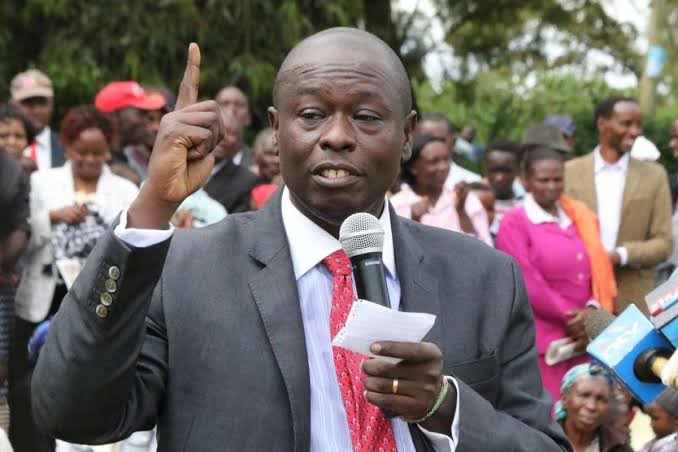 But then, Rigathi Gachagua's message has now sparked an online debate from angry Kenyans who have appeared in large numbers to castigate the outspoken MP for allegedly assisting the second in command to loot the economy.

At the same time, ODM Party Leader Hon Raila Odinga has now received some good news after Nakuru County Governor has now become the first Mt Kenya Governor to openly announce his unshakable support for his 2022 Bid. Governor Lee Kinyanjui has now termed Raila as the awaited solution to the problems facing the country such as Corruption.

Below are some of the reactions from Kenyans: 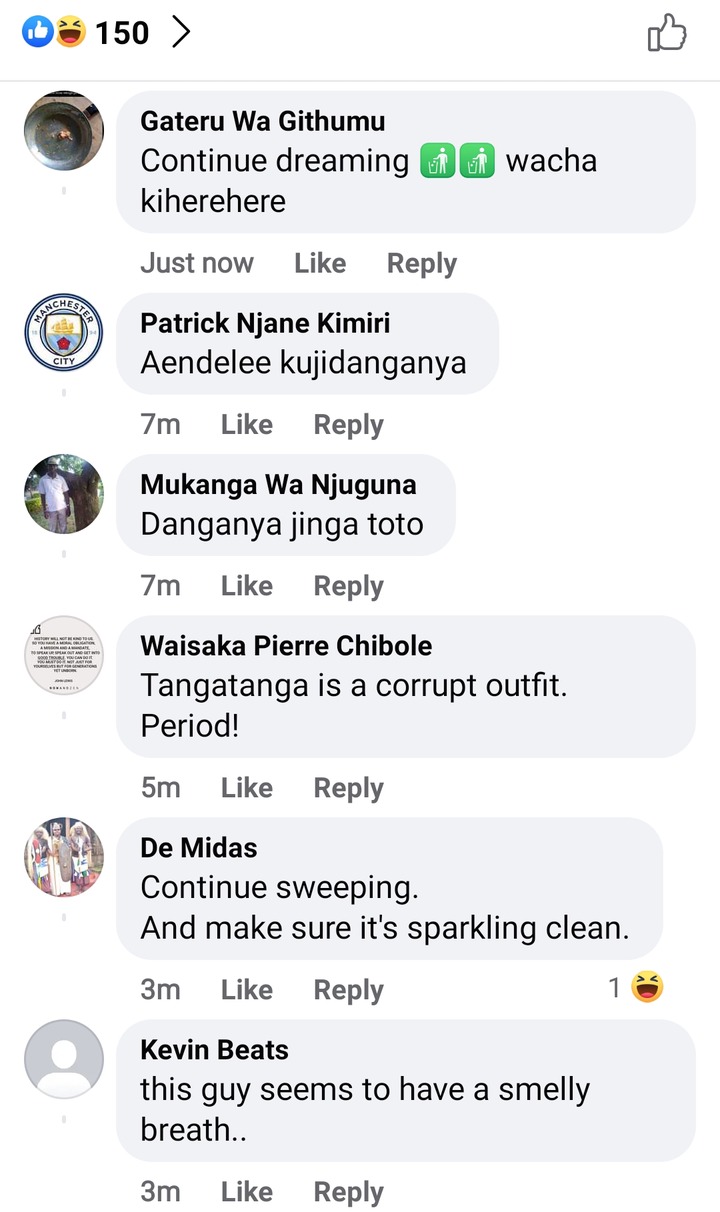 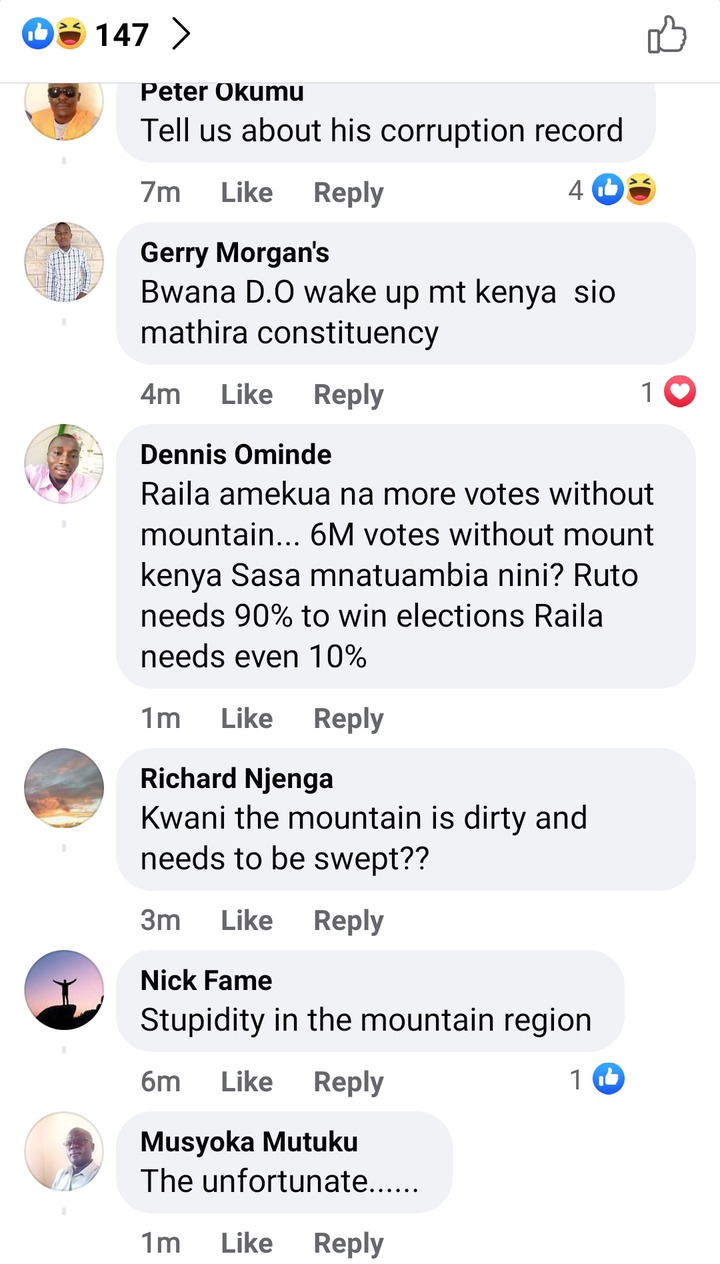 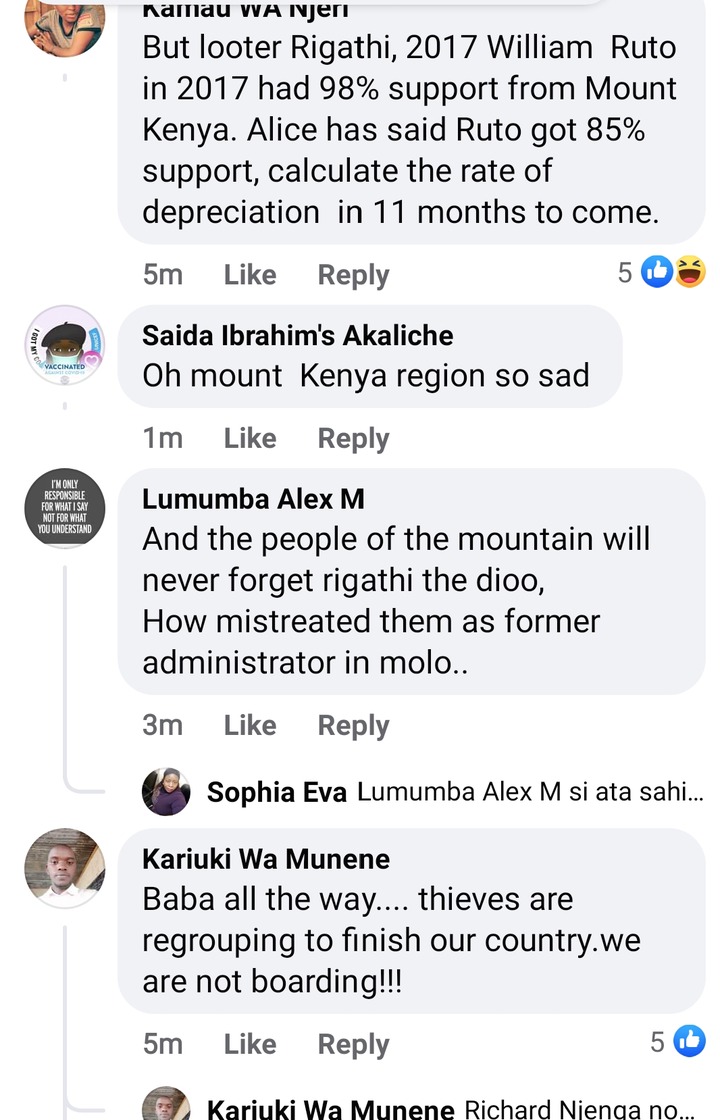